In honor of Black History Month, property and casualty insurance company American Family Insurance resurfaced its “Legacy” campaign, which celebrates Black family legacy and joy, as a print ad on the back of TIME Magazine.

“We want our dreamers to be inspired by [Amanda Gorman],” said Sherina Smith, VP and head of marketing at American Family Insurance. “Having her on the cover is an amazing honor and we're very excited to be connected to her.”

The ad, which has the slogan “Protect Your Dreams,” features Black influencer and family man Glen Henry with his son Theo in a snapshot of the 30-second and 60-second commercials released earlier this month. 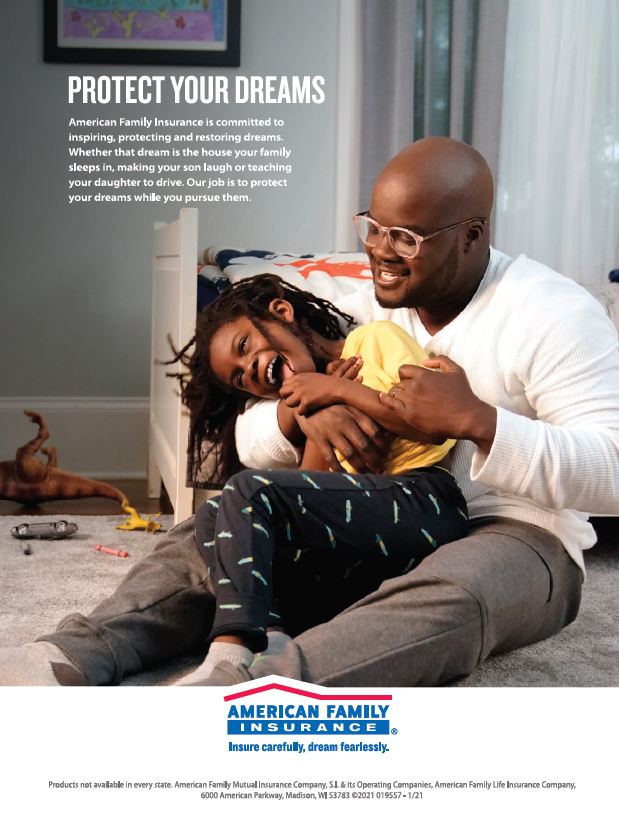 The campaign, initially launched last year around Father’s Day, is a tribute to Black joy and parenthood with the message for parents to protect their greatest legacy: their children.

In the commercials, narrated by actress Phylicia Rashad, American Family Insurance tossed out the script to allow Glen and Theo to interact with each other organically, resulting in images of the pair sharing hugs, kisses and prayers.

“People are really curious about what it's like to be a Black father and it's the same; we're all the same,” Henry said. “I hope people see us as normal. I hope fathers aren't challenged in a negative way but inspired.”

Led by independent Black-owned creative collective Elite Media, the campaign is also a testament to Black creative talent in the advertising industry.

American Family Insurance has worked with Elite Media on campaigns in the past, including an award-winning campaign celebrating the legacy of Dr. Martin Luther King Jr. in 2020.

“We wanted a partner who could really add cultural context to the stories that we're trying to tell in a way that reflects the communities that we want to serve,” Smith said.

“While Black History Month or post-George Floyd [may spark] a new inspiration to connect or pay attention, this is not new to people of color,” added Chris Crawford, president of Elite Media. “They have long and rich histories and legacies of their existence in these [creative] atmospheres that we want to share.”