American Express, the official payment partner of The Championships, is hosting on- and off-site activations to help fans get more out of their tennis experience.

Opportunities include a mobile-enabled game based on the on-site virtual-reality experience from 2019 called "Champion's rally". The updated tennis game is available as an augmented-reality experience to be played on mobiles, and features two-time Wimbledon champion Andy Murray guiding tennis fans to achieve their best swing on Centre Court. The game can be played from 28 June to 12 July and accessed at home on championsrally.com and via a QR code found on-site. Customers who play the game can take part in a social media competition to win prizes.

Off-site, as part of the London Restaurant Festival Summer Edition, of which American Express is presenting partner, customers will be able to watch the Wimbledon Ladies' Singles Finals at a pop-up pontoon during the "Tennis at the Marina" event at St Katharine Docks in London.

To support its Wimbledon partnership, American Express will be launching an above-the-line campaign on 28 June. This will include an out-of-home presence at key transport hubs for Wimbledon and along fans' route to the event. The creative celebrates the fact that Wimbledon is "on" this year and amplifies the extra benefits that its customers can enjoy. 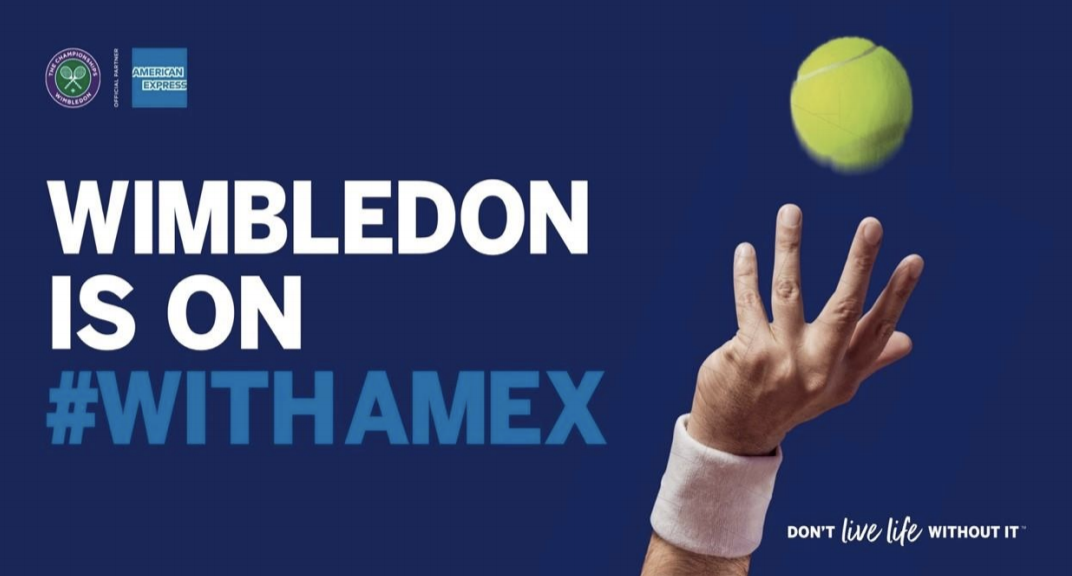 Lindsay UIrey, vice-president, global sports experiences and partnerships, American Express, said: "This is our third year partnering with Wimbledon as it continues to be a great example of how we're backing customers and tennis fans around the globe with unique experiences.

"From exclusive access to our specially designed Cardmember Lounge to having a tutorial with tennis two-time Wimbledon champion Andy Murray in Champion's Rally, this partnership really does allow us to show how you get more with Amex."

The creative agency is Dentsumcgarrybowen with paid media handled by UM. Wasserman delivered sports marketing and management of Murray, with PR, media relations and influencer marketing by Red Havas.

Blended experiences are the branding medium of the future