Audiences are falling in love with this tale of inter-religious pals who share more than faith, according to Ace Metrix.

It's not often that the founder and CEO of one of the world's largest corporations tweets about one of his own TV ads. Hence we took note earlier this month when Jeff Bezos used the platform to say, "Love this TV commercial for Amazon Prime. Very proud of our ad team." Even before seeing the incredibly positive viewer response, we knew this was not your everyday ad, but one with a powerful message for this holiday season.

The latest in a string of emotional ads from Amazon Prime tells the story of two old friends who are both leaders in their religious communities. One is a Christian Vicar and the other a Muslim Imam. They sit and talk, enjoying each other's company and wisdom, and we see that they are not so different. This isn't a new message—we've seen many well-received ads about unity lately, with messages about friendship transcending boundaries—but it's told here in a lovely way that made viewers take notice.

The 1:20 spot, created with Joint London, is a knockout in all Ace Metrix measures. It comes in 16 percent above the category norm in overall score, performing on par with or better than all Amazon ads of the past two years. Below we see the tremendous Breakthrough capacity of the ad, as well as how innovative and relevant viewers found it. While the ad exhibits low relative strength in Watchability, the ad's score in this area might be a clue that viewers have not reached their saturation point on emotion. Comparing "A Priest and Imam" to three other emotional Prime spots— "Lion Mane," "First Day of School" and "Buy Now"—none exceed it in Watchability score, even though they are all 30-second films. Our data has shown that, in general, shorter ads are higher in Watchability since viewers are more willing to invest the time to watch again. 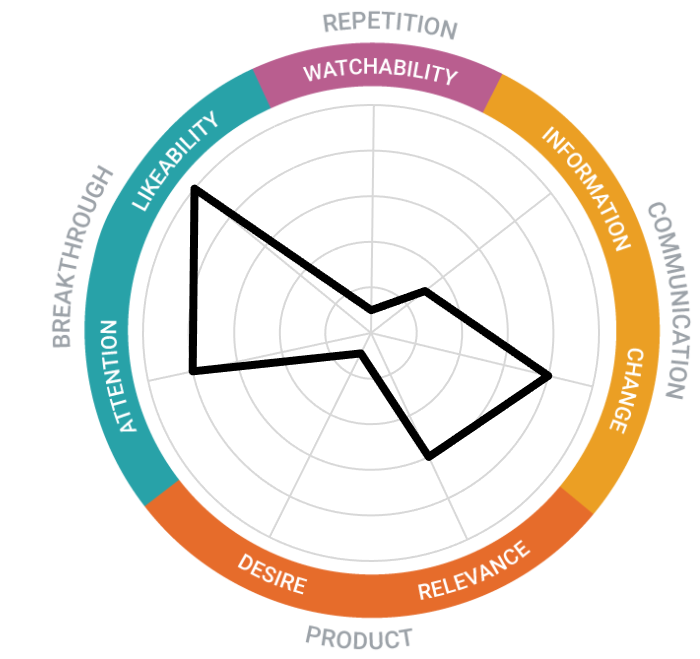 Viewers were clearly enamored with the ad, rating it less polarizing than an astounding 98 percent of all ads—remarkable given its cross-religious theme. The message was named the best thing about the ad more often than any other component. For the three aforementioned Prime ads, viewers said the best thing was Visual Scenes, Brand, and Characters, respectively. The ad's most impressive results were from the 21- to 35-year-old demo, seeing even higher scores among males of that age group. Here's what they had to say:

As indicated by the abundance of pink in this graphic, the ad obviously tugged at viewer's heartstrings. No need to prove that point, but it's been a while since we've discussed an ad evoking so much heartfelt emotion in this column. By percentage of words used by viewers that are aligned to certain feelings, our ad even slightly edges out "Lion Mane," "First Day of School" and "Buy Now" for both admiration (green) and heart. 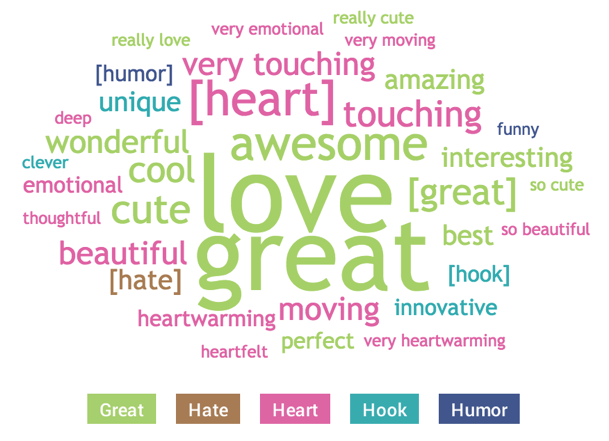 Some of these comments come from the youngest viewing group:

That pretty much sums it up. With people calling it their favorite ad and the best ad they've ever seen, Bezos is right to be proud. Whether or not the ad drives more Amazon Prime memberships would take much deeper analysis. But they've created something memorable and, these days, that says a lot.

Amazon is primed for a social showdown with Apple

Like a tough dad, Sears' holiday spot gets emotional only about tools