Layout of page encouraging shoppers to join Amazon Prime could lead them to sign up without meaning to, watchdog said.

Amazon has been rapped by the Advertising Standards Authority for a web page appearing to shoppers during the order process that encourages them to sign up to the brand’s subscription service Prime.

Seven people complained about the page, which offers a free 30-day trial of Prime and flags up that with this offer the user would be able to receive the current order the following day at no additional cost.

The page shows a grey box with a gold box inside it. The gold box features the text "Order now with Prime" and, underneath that but still within the grey box, is the text: "Continue with FREE one-day delivery, pay later."

To the left of this, in blue with no box, is the text: "Continue and don’t gain Amazon Prime benefits." Meanwhile, small print at the bottom of the page reads: "By signing up you acknowledge that you have read and agree to the Amazon Prime Terms and Conditions and authorise us to charge your credit card… after your 30-day free trial." 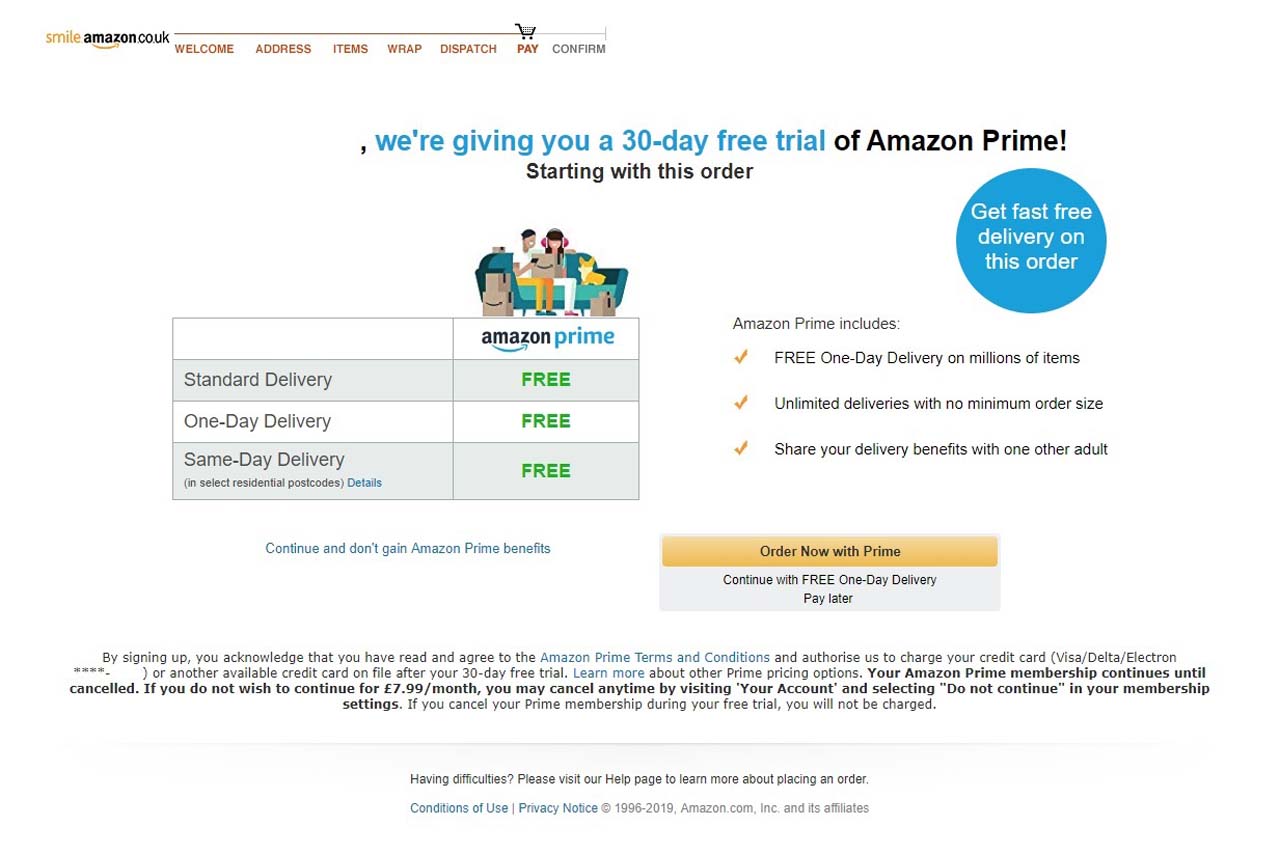 The ASA agreed with the complainants that the layout of the options was misleading, determining that the text on gold and grey backgrounds appeared to be alternatives, when in fact both caused the user to sign up for Amazon Prime.

Despite data being provided by Amazon on the number of users that signed up and continued to subscribe to Prime after the free trial, the ASA said it believed there was "little incentive to cancel" during the trial and no way of knowing whether those who went on to pay for Prime did so intentionally or because they had intended to cancel but failed to do so.

The watchdog ruled that the ad breached CAP Code rules on misleading advertising and qualification, and should not continue to appear in the form complained about.

Amazon champions denim with festival of music and workshops