Amazon and Google's focus on winning the home comes at a cost to the experience, writes Matthew Knight, head of strategic innovation at Carat.

A caveat – I’m a huge Amazon fanboy – but my relationship is currently going through a rough patch.

When Amazon Echo was released in the UK, I was first in line to buy. I already have a handful of Dash buttons (for push button re-ordering) around my home (e.g. I ran out of loo roll! Quick! Order another 96 rolls without concern of price sensitivity! Woo! The future of bum-wiping is here!) but Echo, Amazon’s sleek voice interface to the world, is falling short of my hopes.

Alexa, the voice assistant from Amazon, is lacking substantial services in the UK. 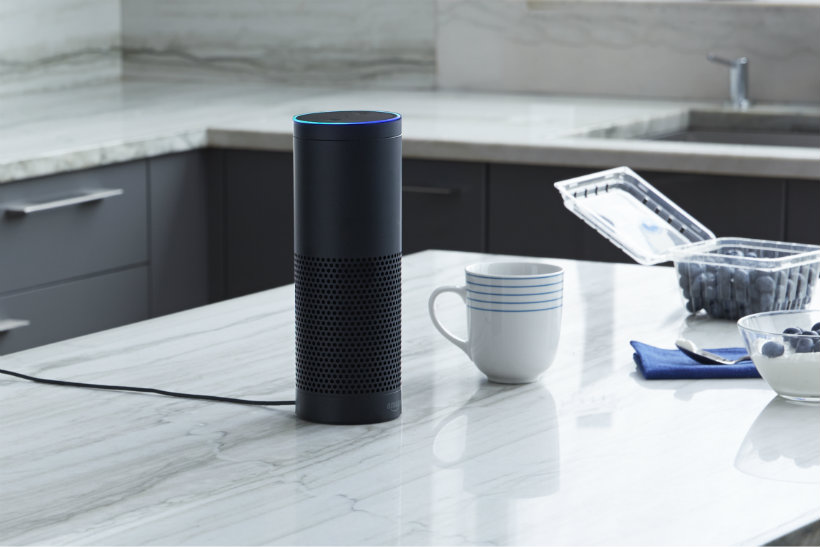 Yes, I can easily ask Alexa to ‘reorder cat food’, my daughters enjoy asking Alexa to ‘tell me a joke’, and I have reached peak laziness by asking Alexa to turn off my lights when I go to bed (touching things is so passé) but I had to replace my current smart switches to even do that.

But to cite two shortcomings: there is no integration with IFTTT (If This, Then That), the brilliant platform that allows you to connect together your digital services in ‘recipes’ e.g. if my home’s temperature drops, then turn on the heating. Secondly, she can’t play Bey’ (mostly because I don’t pay for Tidal…).

Then, Google Home went and broke my heart with its launch video. Oh Alexa, how can I leave you in your moment of need, when the heavy hitters of Google are about to launch their Airwick Room Freshener styled Google Home? Its own voice interface is linked to its huge interconnected ecosystem of stuff: mail, search, calendars, retail, self-driving cars, cats on YouTube, years of understanding how to understand a question and provide an answer… I can’t turn my back on you now Alexa, can I? 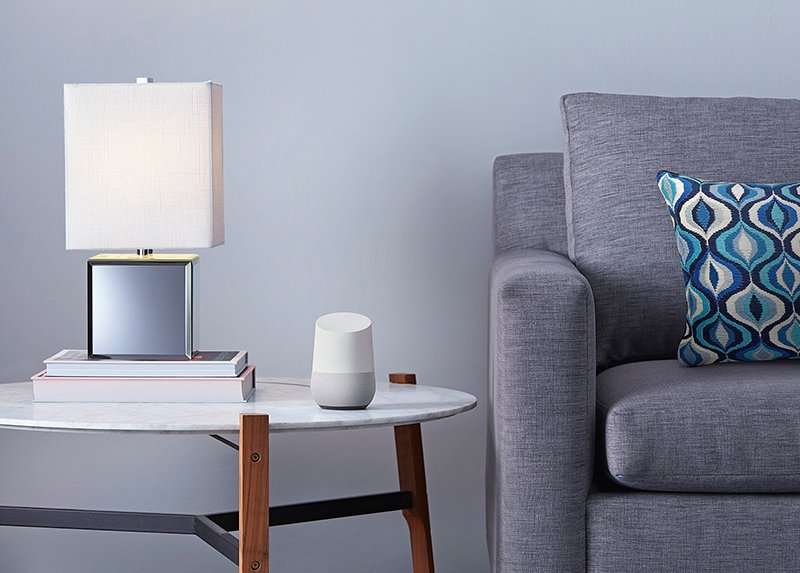 The truth is, I don’t think Alexa is ready for a relationship. Neither is Google, at least, not yet.

In the race to be the operating system for the home, both teams are pushing hard and early with the interface, which is the tip of the iceberg, but perhaps aren’t ready with the services under the water level.

This battleground over the front room is not a new one. From set-top boxes, home media systems, and consoles to the Internet of Things, many businesses and platforms have wanted to have a foothold in the front room.

Each has tried to create a reason for their technology and systems being the de facto. Indeed, Apple’s ‘vertical integration’ has been a key part of its strength in the market for a long time. But as the devices landscape continues to fracture and both large and small players create new systems and platforms at a rate of knots – there will be no one system to rule them all. Consumers value choice above all else.

And this lack of choice is what is also holding back significant growth in the connected home market.

Let’s look at music for a moment as a parallel. Spotify doesn’t have Beyoncé’s Lemonade on its platform. Taylor Swift publicly pulled her catalogue from their store too. As a fan of TayTay and a long time subscriber to Spotify, what am I do to? Jump ship to another platform? Pay for two?

I already pay for both Netflix (for my Bojack fix) and Amazon Prime (gimme my Preacher).

Consumers ultimately lose out when they are forced to choose because of where the content is rather than based on price, quality of service or ease of use. Connected Homes and voice interface technologies are even more extreme than this.

You have to select a system based upon which objects you have, not which is the best system. My Echo doesn’t work with Energenie, MiHome or IFTTT, but my Prime Account is Amazon. Do I get a Google Home to support IFTTT and then find a hack to allow me to order from Amazon? Oh Lord, I have a headache and I’d say I’m a fairly tech-friendly chap. It’s enough to make me want to switch it all off and just go to the shops.

What’s the language of the connected home?

There may actually be an answer though – as there is already one system to rule them all – it’s called HTTP (Hypertext Transfer Protocol) and it’s the protocol which connects most objects and devices and applications on the internet. It’s what the web is built upon. It’s also one of the fundamental technologies of interconnectedness.

HTTP is what makes Google Home and Amazon Echo able to turn on your lights, to send notifications to your phone, and to speak to non-Google or non-Amazon systems. HTTP, when coupled with Open APIs provided by service and device providers, enables interoperability against an agreed standard of communication.

If the new wave of interfaces and connected devices like Google Home and Amazon Echo are to succeed at large, some sort of interoperation will be required, some sort of agreed standard which allows all devices to talk to all systems. An agreed language that everyone can speak.

And it isn’t just to improve the human/technology experience – it might even save lives.

The recent DDOS attacks on major digital infrastructure was, in part, down to the huge lack of security in connected devices.

Trojan and Zombie devices the world over can be commanded at will because many device vendors are over-excited about the possibility and opportunity of IOT. Products are rushed to market without thinking about the bigger infrastructural and security challenges. 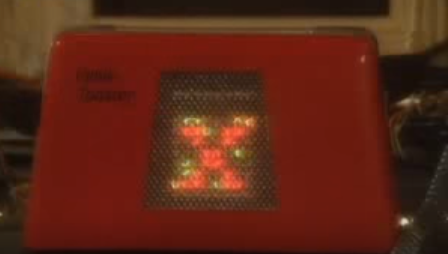 The DDOS attack was a ‘poke’ to see where vulnerabilities lie. Yes, it was mostly websites which fell off-line in recent attacks, but previous DDOS attacks have been pointed at financial systems and power grids. We are only seeing the start of these sorts of incursions.

An agreed standard and set of secure principles for how networked devices and systems interconnect would make the entire system smarter, faster, more secure and more usable by every day humans. It’s the responsibility of large infrastructure players like Amazon and Google to work together on these standards – to help put the consumer interest first, to put the customer experience first.

If we had that, consumers would know their interface technologies will connect to anything they want, safely and securely, and they’d be freed up to choose which interface works better for them, rather than which interface offers them support for what they have at home.

And you, as a consumer, know that whatever system you invest in will work with the things around you.

But enough of my utopian hope for the future of the connected home.

What would be my advice to people who want to get into a relationship with these ethereal voices in our home?

Version 1.0 of Google Home is a ‘look what could be possible’ statement. And they will continue to develop their hardware and software upon what they learn from early use of the systems.

Version 2.0 of Amazon Echo is already building upon what Version 1.0 delivered in the US. While it has a long way to go, it’s only by putting these things into the market, into the hands of real people, that businesses work out the kinks.

In our Kickstarter/pre-release/beta friendly sort of world, we’re allowed access to bleeding-edge stuff that quite often doesn’t stack up to the expectations of reality and that’s okay. But if you’re someone who swipes left at the slightest hint of incompatibility, you might not be ready for Google Home or Amazon Echo just yet.

Until there is a little more critical mass of providers of services through the systems, and a little more of a robust market in the devices which any interface can connect to, you may find yourself with an expensive version of what you already have in your pocket: a mobile device which already controls your life without you needing to shout into the air.

Consumers should wait, but brands should experiment

However, my advice to brands?

Do. Go. Don’t wait. Try them all out and brag about it. Start to figure out what works and what doesn’t. Drive the category rather than waiting for it to evolve.

In the UK, the Amazon Echo ‘skills’ catalogue is shockingly empty. I taught myself how to programme, test and deploy a skill in an afternoon. There is nothing holding your brand back from being part of the voice ecosystem nor from understanding how these new potential use cases can add value for your consumers.

There may not be critical mass in terms of audiences (yet), but by offering smart skills to early adopting consumers you’ll steal the march on your competitors, learn what works and what doesn’t and find the gaps in your ecosystems which enable you to develop services for these new paradigms in customer relationships.

See how voice can enable frictionless layers onto other forms of media. Imagine a world where your customers can ask for showing times of the Lionsgate trailer that just appeared on TV or ask Wickes for advice on how to create a look you just saw on Grand Designs in your own home.

This isn’t future tech. The capabilities are available now. The platforms are looking for service providers to tangibly show how the technology can be used to offer service to real people. And the early adopters in the space will be well positioned to be leaders when the rest catch up.

As for me, I’m going to stay with Amazon for the time being. You’ll be able to find my Animal Noises skill in the app store soon and I’ll probably end up getting a Google Home to understand how that fits into my ecosystem and competes for my attention.

Tell you what – why don’t you come around to my place in a couple of months’ time? Maybe you’ll be able to listen to Google in conversation with Alexa – they’ll have both realised they have far more interesting conversations without real people involved. So we can go for a nice walk along the river whilst they argue over the finer points of destroying humanity.

Can Apple News drive more traffic than Google or Facebook?

Editors vs algorithms: which is the winner in media?

Why the 'New Mac' candle is selling like hotcakes