The Advertising Standards Authority has ruled that Amazon's "one-day delivery" claim for its Amazon Prime subscription service is misleading and can no longer be used in its current form.

The decision, officially due to be published on 15 August, was reported at the weekend by The Times. The ASA received 280 complaints, largely from people who had believed they would receive a delivery the day after placing the order, but did not.

Amazon said that one-day delivery was offered on a "selection" of items, but it did not guarantee it would be available for a particular product. It pointed out that users were given the forecast delivery date for a given product on the search page, the product page, and while confirming the order.

But the ASA said that in the absence of information to indicate otherwise, consumers were likely to interpret the claim to mean that all Prime items were available for delivery by the next day, and would expect orders to arrive on time, barring exceptional or unforeseen circumstances.

The watchdog found that Amazon’s claim breached the CAP Code rules on misleading advertising, substantiation and qualification, and ordered that it not be used again without specifying that some Prime labelled items were not available to be delivered by the next day.

As of today (13 August), the Amazon Prime landing page is still advertising "Unlimited One-Day Delivery on millions of items" – but in Google search, the term has been replaced by "Unlimited fast delivery".

Prime was launched in 2005 and earlier this year, reached 100 million subscribers globally. For a fixed annual or monthly charge, it provides free delivery of products along with video and music streaming. 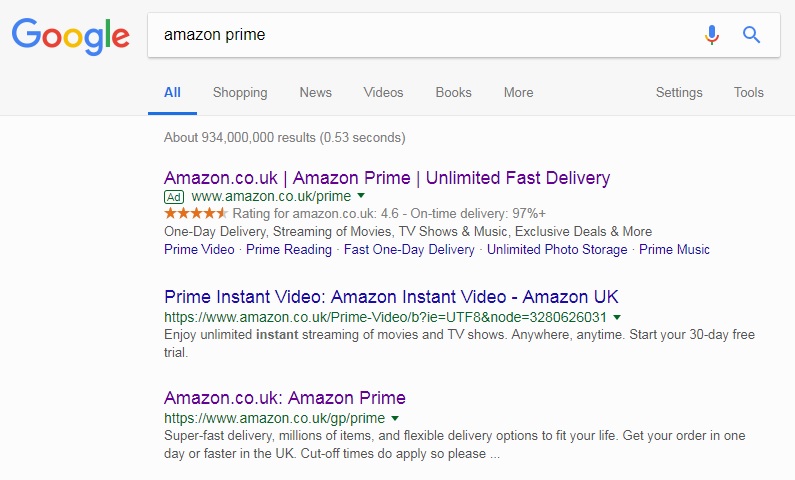 Fifteen minutes for fame: why NewTV is one to watch

Noel Edmonds on Lloyds Bank: 'These are not advertisements in the true sense of the word'