There’s a new version of Monopoly that doesn’t take 21 hours to play and leave you on bad terms with your friends and family.

Ally Bank has brought the legendary board game to life in six U.S. cities via an augmented reality experience, powered by 8th Wall's technology, that gives you the chance to win up to $50,000 in cash, a new Jeep Wrangler, and other prizes totaling $1 million.

The campaign was created in partnership with ad agencies Anomaly and MediaCom and production company m ss ng p eces.

"More than two in five (41 percent) Americans say they don’t feel as confident as they’d like in their knowledge of money concepts," said Andrea Brimmer, chief marketing and public relations officer of Ally.

"We get it -- thinking about money and how best to manage it can be daunting, but gamification is proven to help."

In fact, new research from Ally shows games can be a useful tool in improving financial literacy and learning money concepts. 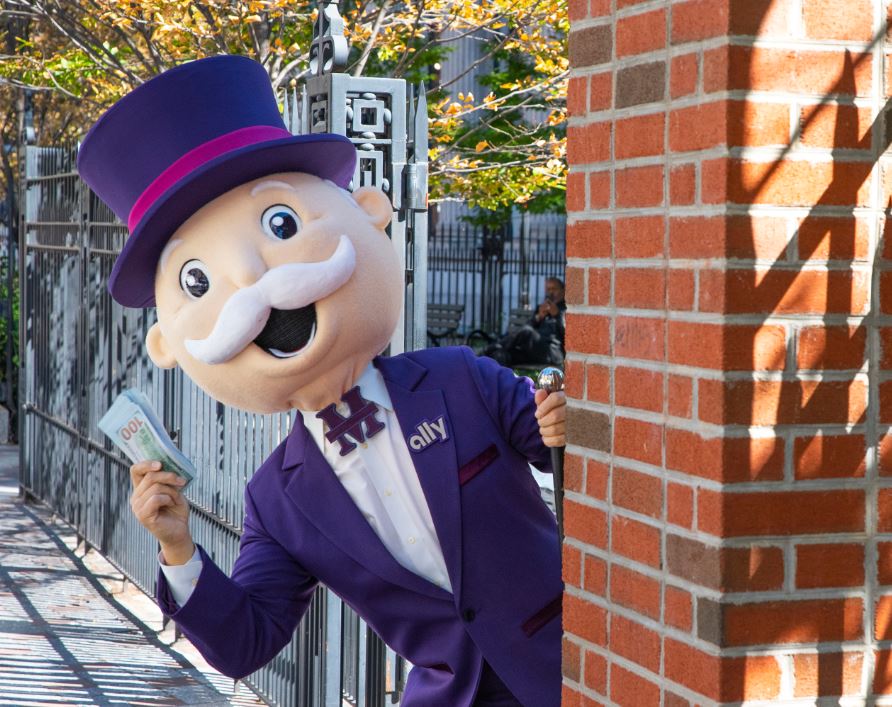 According to a recent survey of more than 2,000 U.S. adults age 18+ conducted for Ally by The Harris Poll, four in five (81 percent) Americans say money-related board games are helpful in teaching basic money concepts, while seven in 10 who played money-related games as a child (71 percent) say doing so helped make them more comfortable with money concepts.

Brimmer continued: "Ally + Monopoly is part of our ongoing strategy to make the ‘money talk’ less intimidating, giving people the confidence to talk about saving and spending, making investments, buying a home, and how to recover if they have a financial stumble.

"I think players are going to have a blast with this game -- learning about money, winning some great prizes and hopefully taking actions that will change their lives."

Ally will make a donation of $15,000 to Junior Achievement in the other five cities, totaling $125,000 nationally. Junior Achievement is one of the largest organizations dedicated to giving young people the knowledge and skills they need to own their economic success, plan for their future, and make smart academic and economic choices.

According to the new Ally survey, when asked to recall their earliest experiences with money concepts, more than one-third (34 percent) of Americans said it was playing with money-related board games.

"The Monopoly game is a staple in many households, helping to teach children the value and responsibility of money at a young age in a fun and memorable way," said Jonathan Berkowitz, president of Hasbro brands. "Monopoly acts as a stepping stone to build children’s financial literacy for the future, and we’re happy to be a part of that experience while also creating memorable family moments."

Damien Reid, Anomaly’s group business director for Ally, told Campaign US: "In today’s media landscape, especially when you think about taboo topics like ‘finances’ and ‘your money,’ brands need to behave differently. Which ultimately means coming to the table with compelling acts, not just ‘ads’ that’ll get ignored.

"In no way does this get made without a holistic, incredibly integrated agency team, along with superb clients like Andrea Brimmer, ready and willing to take risks and have some fun with a relatively taboo topic like money."