The fast-food company's strong UK performance has been helped by a restaurant overhaul and a focus on food quality. Its marketing chief talks to Simon Gwynn about staying half-a-step ahead of the customers.

Nine years ago, when Alistair Macrow joined McDonald’s UK, he left a business that, at its height, was a vital cog in the machinery of mass culture.

How time makes fools of us all. That business was Blockbuster – which, after a long and painful decline, finally shut up shop in December 2013, unable to respond to the throngs of consumers fleeing to Netflix and Amazon’s LoveFilm.

Blockbuster’s demise was obviously painful for Macrow, not just as an ex-employee but because of fond personal memories of what the brand offered in its heyday. There’s some frustration that Blockbuster wasn’t willing to invest to compete in the online space. But its closure also offers what Macrow calls "a very simple lesson" for marketers: "Make sure you’re very clear about what your customers want. Nobody has a right to their customers’ business – you have to go where the customers are going."

It is arguably this attitude that helped McDonald’s clock up its 41st consecutive quarter of growth in the UK in July. This stands in contrast to the brand’s home nation, where sales have struggled. In June, Macrow, now senior vice-president and chief marketing and communications officer, was named The Marketing Society’s Leader of the Year, with the organisation’s chief executive Hugh Burkitt praising Macrow’s innovative work on both McDonald’s menu and messaging. Macrow is modest when asked why he won the accolade, putting it down to the strength of the brand and to his team "challenging the way I think every single day".

He is also full of praise for McDonald’s "outstanding" UK ad agency, Leo Burnett London, insisting that last month’s decision in the US to ditch that network’s Chicago shop after 35 years – in favour of a specially created Omnicom unit – would have no bearing on the UK business. 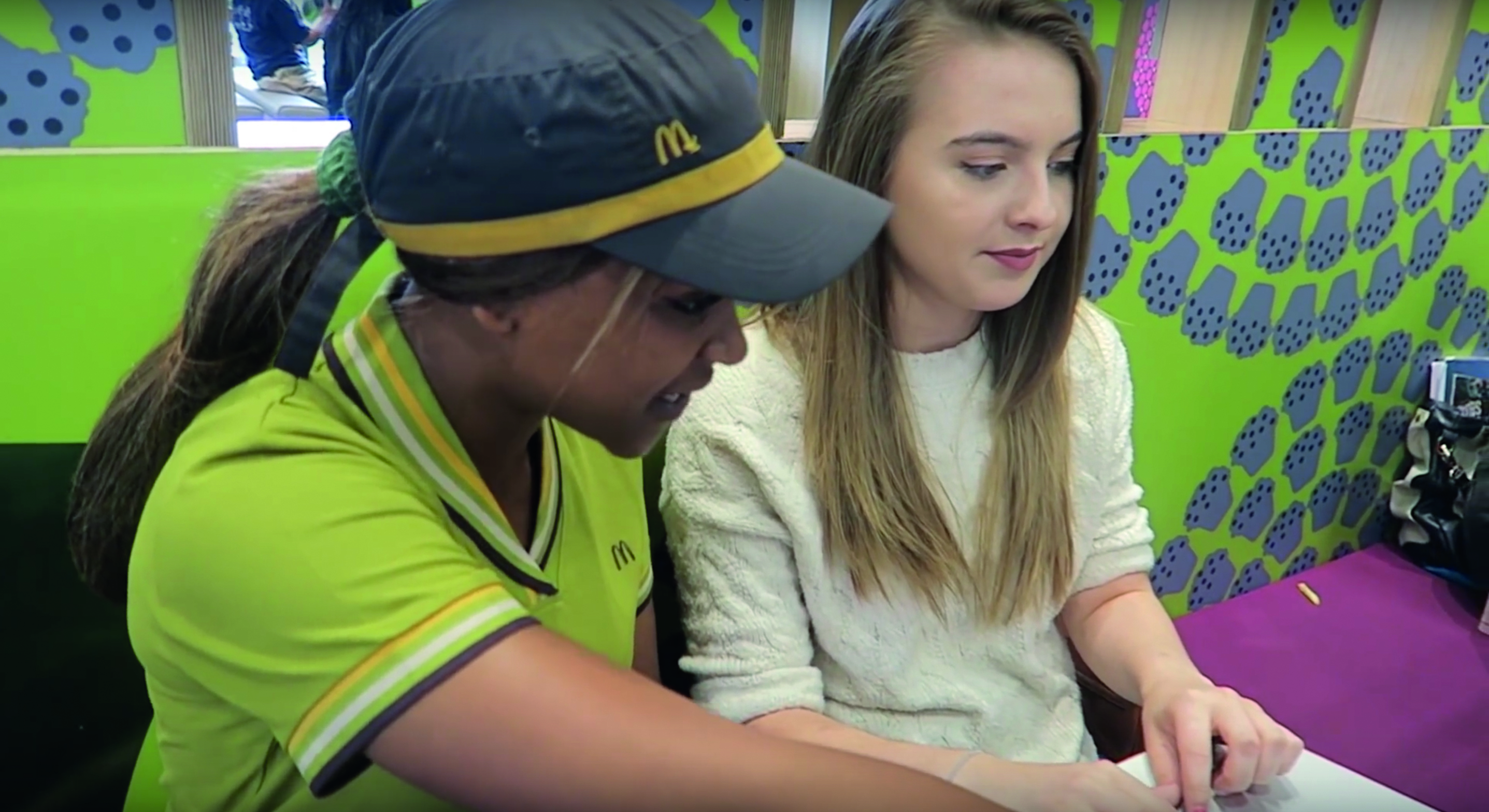 It wasn’t always like this. Last decade, McDonald’s was weighed down by unattractive restaurants and poor perception of its quality and health credentials, which came to a head with 2004’s Super Size Me. But since Macrow joined in 2007, the UK numbers have improved: McDonald’s is trusted by twice as many people, he claims, with similar improvements in those saying the brand offers quality food.

"Those sort of movements have really made the brand stick out," Macrow says. "At the heart, our aspiration is to be the UK’s best-loved restaurant company. Our journey has been about giving people more reasons to love us and trust us, but also removing some of those barriers to loving us."

One of those barriers was the restaurant environment, which is undergoing an overhaul, with more sophisticated decor and upgrades to services and technology. Five hundred sites now have self-ordering touchscreen kiosks, removing the need to queue, with the rest of the 1,250 strong estate to be upgraded within two years. The new ordering system will also see meals brought to customers in what Macrow calls "probably the world’s fastest table service". Add in iPads at the tables for entertainment and mobile charging points, and it’s a very different experience to the stark, canteen style outlets of yesteryear.

McDonald’s is also moving to a system of freshly preparing every order, parting ways with the old conveyor-belt model. While this might remove the option of an instant 2am double cheeseburger, it creates important new ones, Macrow insists. "It guarantees you’re going to get a fresh burger or wrap every time," he says. "But it also gives us the flexibility to personalise and the ability in our kitchens to do new things – like our gourmet range of burgers."

That range, the Signature Collection, goes a step further than previous premium offerings by using a much thicker patty, served in the now seemingly ubiquitous brioche bun. It’s an acknowledgement that the burger-as-art-form trend of recent years, driven by the likes of Byron and Five Guys, has truly seeped into the mainstream psyche.

The Signature Collection is still only available in 69 restaurants and, to metropolitan types, it may seem as if McDonald’s is playing catch-up. But this illustrates the delicate balancing act of positioning such a vast brand. "Being the scale of brand that we are, we should always be about half-a-step ahead of our customers," Macrow explains. "If we get a full step ahead of them, it’s probably too far; if we’re a step behind, we’re going to miss out. 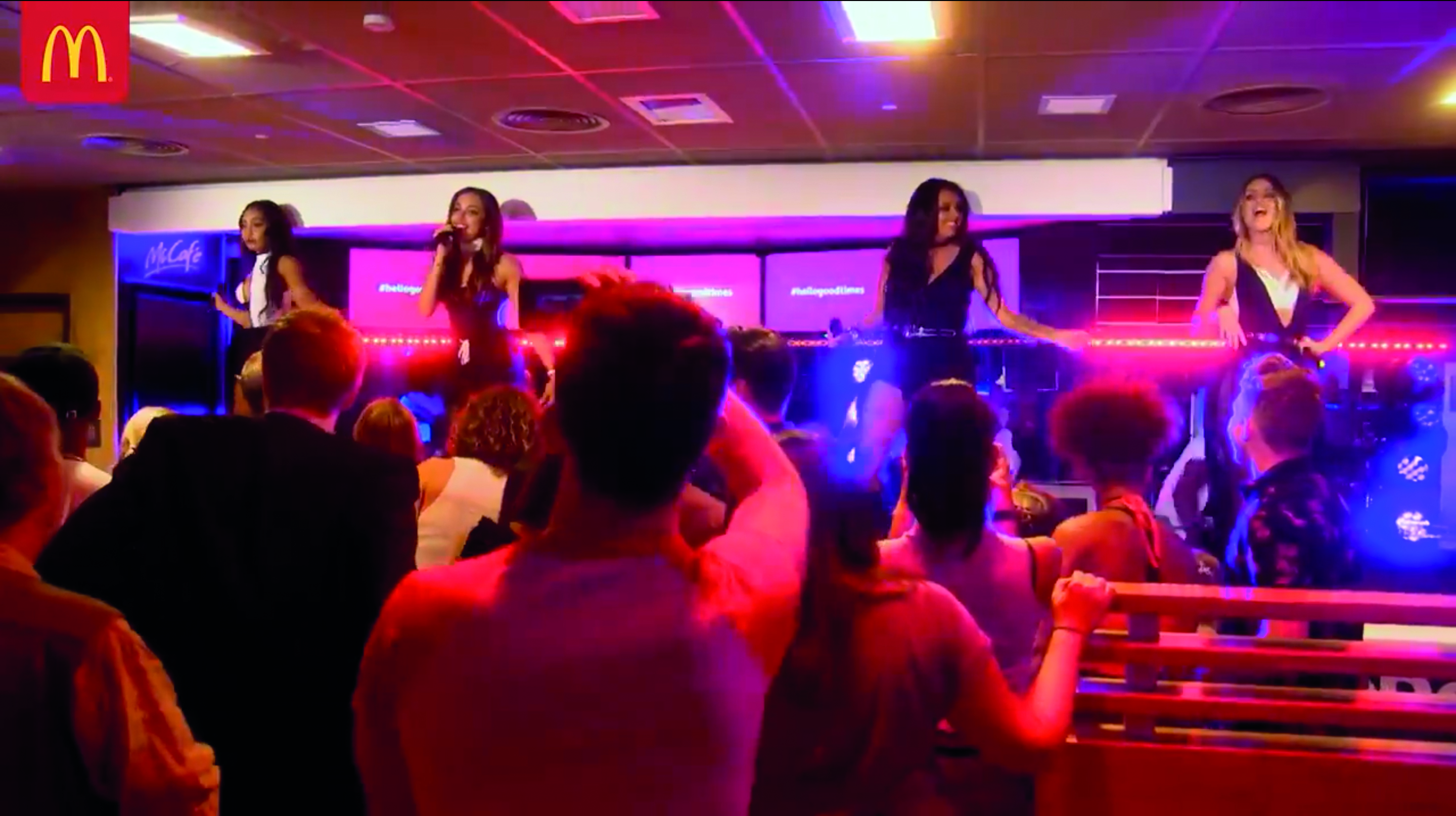 We want to be where people are just about to go." This means knowing when a trend is about to reach a "tipping point" and being ready to act. And this is why, Macrow says, he has no immediate plans to offer vegan or gluten-free meals, however much these diets might seem to be gaining traction.

Of all the bugbears that faced McDonald’s in the past, it is probably the quality and health questions about its food that damaged its reputation the most, and Macrow hints that the criticism was not entirely undeserved. "The fact is that we did need to change," he concedes. "Fifteen years ago, we needed to move the brand on. We doubled down on sourcing our beef in the UK, we started looking at how we can reformulate our food and provide more information."

The work goes on: a year ago, McDonald’s launched its biggest ever UK marketing campaign, "Good to know", which sought to debunk common myths about the company’s food. In May, it embraced virtual reality with an experiential campaign designed to teach consumers about how it sources produce, called "Follow our foodsteps".

McDonald’s continues to gradually reformulate menu items to reduce salt and saturated fat – something that Macrow says he discusses every month with chief executive Paul Pomroy. And Macrow proudly talks about taking his 11-year-old daughter to McDonald’s on a regular basis, pointing out that the menu ranges from the 850-calorie Big Tasty with Bacon to the grilled chicken salad, which has just 133 calories. 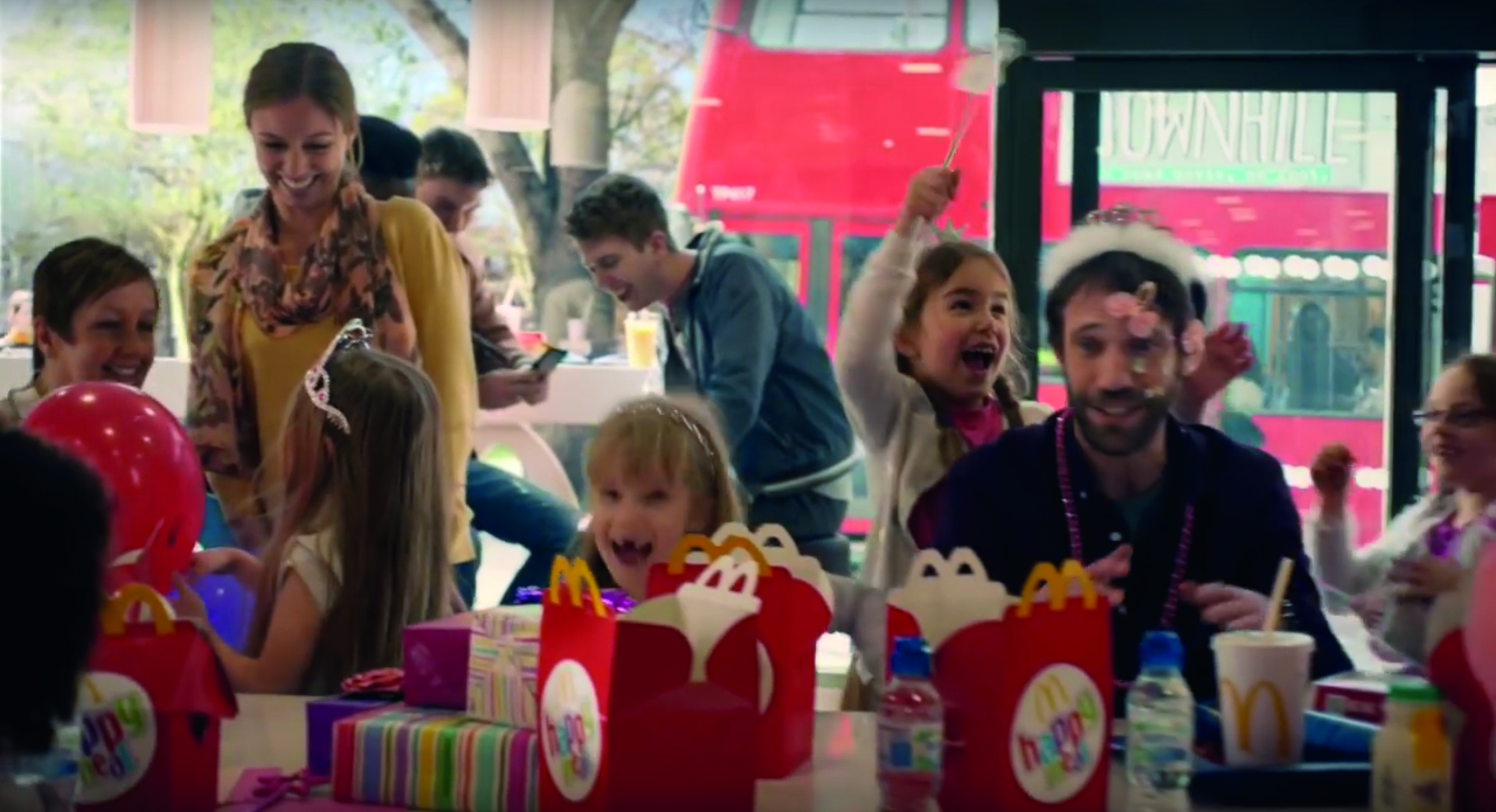 However, when it comes to the sugar tax – one of the few firm initiatives left in the government’s childhood obesity strategy – Macrow is adamant that this is going down the wrong path. "Our customers are pretty clear they’re not keen on a nanny state," he says.

"They don’t want people telling them what they can and what they can’t do." Instead, he believes the answer lies in brands offering greater choice and better information to help consumers move at their own speed. "The soft drinks we sell are shifting massively – less than a quarter of our Happy Meals are now sold with a sugary, fizzy soft drink," Macrow continues. "Last year, we introduced a kids’ size bottle of water with a sports cap so they don’t make a mess in the car, and that’s massively pushed our sales of water."

The changes McDonald’s is going through to stay relevant seem dizzying. Does Macrow think the age of instant gratification has taught consumers to expect too much? Not at all. "People have always wanted more – go back to Oliver Twist! I don’t really think that’s changed," he says. "But what ‘more’ looks like has changed. There’s lots of talk about millennials and how demanding they are but the reality is that people, particularly young people, have always been demanding. It’s just that what they’re after has changed as the world has changed around them.

"I think it’s by people being demanding that the world moves on. As a brand, it provides you the opportunity to be the one that meets that need better than anyone else. It stops us from going stale."

This summer, McDonald’s set out to join up its marketing activity in a way that hadn’t been done before – a strategy Macrow believes has the potential to add value to the brand and drive short-term business.

"We typically have a campaign every five or six weeks, maybe a McFlurry campaign at the same time, and one for our iced drinks," Macrow explains. "And what I wanted was to find a way to make a bigger, clearer message to our customers."

Expanding on "Good times", the brand platform launched last summer, the campaign brought together stunts, experiential activity, TV advertising and social engagement to reinforce the message that wherever McDonald’s was found, good times were to be had.

It was anchored by two celebrity-led headline events. In July, McDonald’s recruited Tinie Tempah to play an impromptu gig for 100 people at a restaurant in Walsall as a treat for aspiring grime artist Daniel Miller Clarke.

Last month, X Factor winners Little Mix surprised 12-year-old fan Elise Miller when they popped up at a restaurant in Clapham on her birthday, bursting into an a cappella rendition of Happy Birthday.

During the summer, McDonald’s also set up a "Good Times Squad" that ran more than 1,200 events, largely in restaurants but also in locations such as parks and beaches. They offered experiences including a McFlurry ball pit and "human table football", and gave out more than 25,000 prizes – such as football and festival tickets. A van dubbed the "McFlurry airstream trailer" travelled around handing out free ice-creams.

Footage from all the activity was then used in a TV spot. But Macrow says the Tinie Tempah and Little Mix events in particular were "primarily done to give us content we could use socially". And they achieved significant social cut-through, with 21 million unique views across the suite of content for Tinie Tempah and 18 million for Little Mix.

Ideas from the brand’s YouTube platform Channel Us – which was shelved recently after attracting inconsistent viewer numbers – were also developed further. This included taking YouTubers Eve Bennett and Jack Maynard into a McDonald’s store to give viewers an insight into working for the brand – and resulted in a video that garnered more than 1.5 million organic views.

The campaign as a whole attracted unpaid coverage across 91 social influencers, winning a further 1.4 million impressions – out of 50 million across the campaign.

McDonald's to move international base to London

Vote for The Marketing Society Brand of the Year 2016

McDonald's to speed up creation of 5,000 UK jobs because of Brexit economic jitters

McDonald's finds all day breakfast is not filling enough