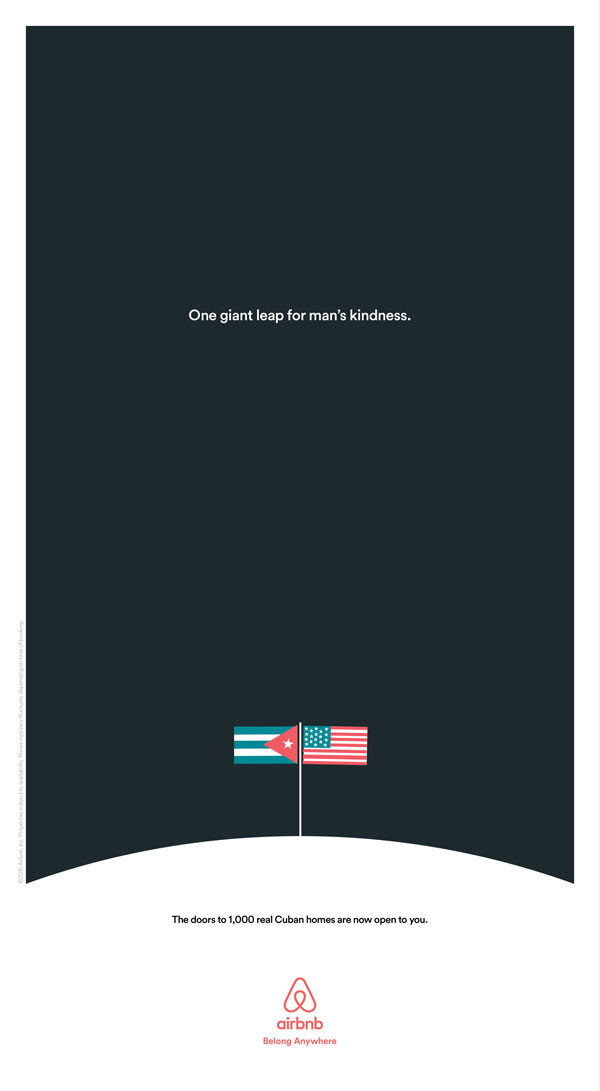 US sanctions against Cuba have thawed, opening the door for American tourists.

Quick to take advantage, Airbnb announced the expansion of its private room and apartment rental service in the Cuban market last week.

To celebrate the launch, Airbnb has rolled out a print campaign, created by TBWA\Chiat\Day LA.

The full-page print ads, running in the New York Times, Washington Post and Wall Street Journal, highlight the end of the economic blockade— or el bloqueo.

One ad reads: "One giant leap for man's kindness," a reference to the 1969 moon landing which happened the same decade as the economic sanctions. It features the US and Cuban flags on the moon.

Cuba is not new to the concept of renting private homes, known locally as casas particulares, to tourists. For this reason, Airbnb believes Cuba could become its largest market in Central America. 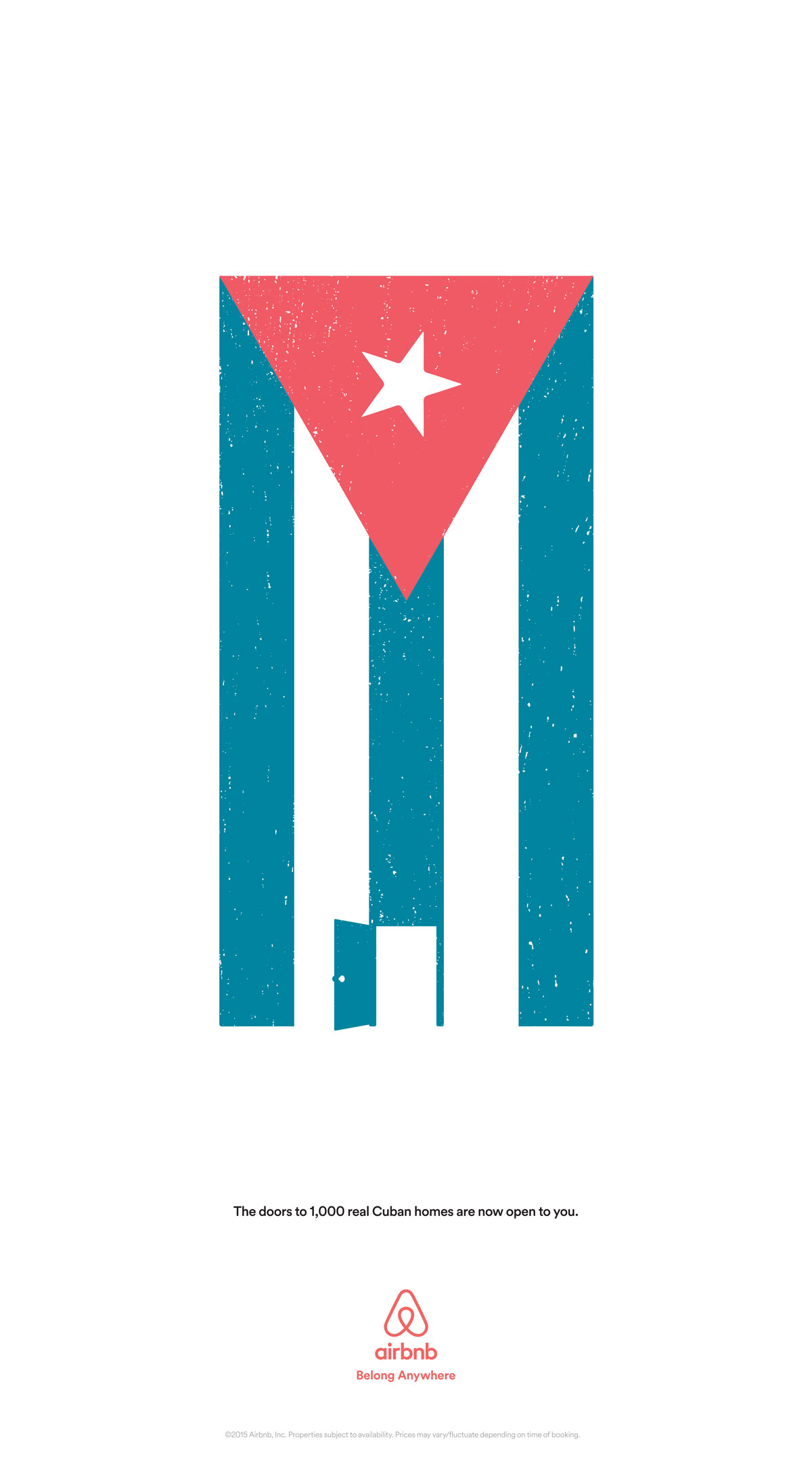 Brands seek a passage to Cuba

Airbnb 'Never a Stranger' by TBWA/Chiat/Day

Airbnb 'Never a Stranger' by TBWA/Chiat/Day

Disrupting the disruptors: Five disruptors of yore and their upstart rivals