Was David Golding right when he wrote in Campaign that the industry was polarising into agencies that make marketing collateral and those that create culture? Here four leading industry figures respond. 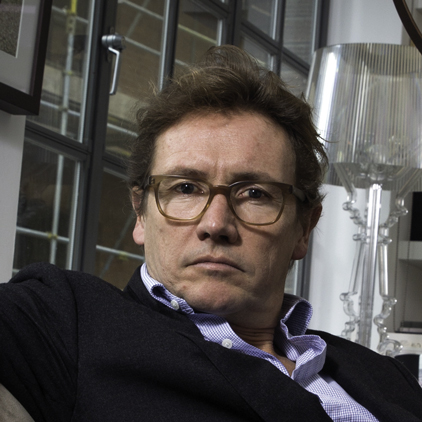 It might be ill-advised to pick an argument with the strategic founder of Campaign’s Advertising Agency of the Year. Especially when he’s as agreeable as the eminent David Golding. But on reading his piece "The big adland divide", I found myself disagreeing profoundly with its premise – so much so that, despite Queen Elsa’s best advice, I couldn’t let it go.

His article predicted that our industry will split in two. On one side of the divide will be the agencies "making culture". This will be the output people remember; the riskier work, so the logic goes, with bigger imaginative leaps and demanding braver clients, justified by the lure of greater rewards. These agencies won’t concern themselves with data insight or addressable media – both limitations when you are in the culture business, apparently.

Instead, that will be left to the collateral guys. They’ll be churning out the highly targeted but largely forgettable programmatic stuff; valuable for the way it might usher an audience along a desired digital journey but using templated creative and atomised media encounters that leave ne’er a ripple in the cultural pond. A more vulnerable position, the article concludes, because if it comes to a game of "my tech stack is bigger than yours", the management consultants will win.

But is this really where our industry is going? If it is, I wouldn’t want to choose sides. Collateral doesn’t sound much fun – it makes me think of "collateral damage" which, if treated in the mechanical, creativity-free way David’s prognosis suggests, is exactly what will become of people’s relationships with our brands.

Yet the cultural alternative, one that eschews data and presumes the most meaningful cultural moments will continue to be when we’re all watching the same thing in the same room, feels anachronistic. It smacks of advertising’s old "class divide", where we all sat above or below a comforting line – a line that I thought we had erased a long time ago.

Writing in these pages at the start of the year, I made the case for a very different future for adland. My perspective hinges on uniting, not dividing. A modern reinvention of the full-service model, where creatives and strategists, media experts and data analysts, work shoulder-to-shoulder with clients to build brands in ways that reflect how we live now. They will seek to be culturally potent and commercially powerful but will harness data insight and addressable media in the process.

The Lexus "Hoverboard" project is a case in point. Yes, it is the leap of a creative mind but one that data showed would hit a sweet spot between the automotive, technology and skating communities online.

Data helped build the case for the idea but also landed it with maximum cultural impact – which, in turn, allowed the budget to be focused on the creative product instead of media spend. It was the bravest strategy Lexus has pursued in our ten years of working together, with data proving a true ally of creative courage. And it changed the game for the brand.

Our agencies face challenges from all sides. Bold clients are posing new questions and everyone from management consultants to social platforms to production houses are promising to answer them.

In this context, culture versus collateral is a retrograde dichotomy and accepting it as the new ad landscape will be to our collective disadvantage. Instead, we should unite our creative firepower with the best data science and bring our creativity to bear everywhere, especially on addressable (collateral?) channels, such as Facebook and Snapchat, which fuel so much of today’s cultural energy. This fusion will be the hallmark of tomorrow’s most successful agencies and the bulwark that protects our industry from sophisticated new competition and disintermediation. United we stand, divided we fall. 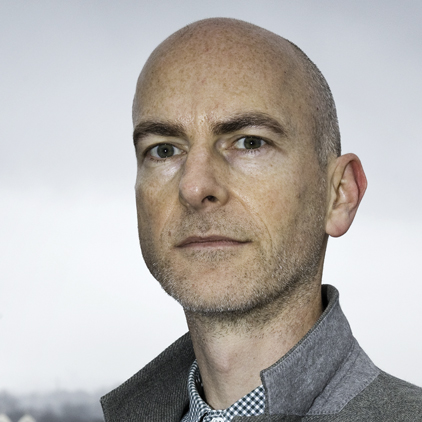 It’s true that the way we think and work as an industry is polarising.

Because we are all eager to please and are often chasing revenue, agencies have tended to claim to be able to do both. But for the reasons Jackson outlines above, this is becoming increasingly hard to pretend. So it’s time we stopped pretending. Both endeavours are valuable but very few agencies really have the ability to do both well.

Stop pretending. Both endeavours are valuable but very few agencies have the ability to do both wellCraig Mawdsley

But this debate illustrates the need for a couple of things to change. The first is the language we use to talk about the different skills. There’s still a whiff of value judgment in comparing culture and collateral. One sounds exciting and arty while the other sounds like the business of provincial industrial estates. That just won’t do if we are to move this discussion forward. In Campaign recently, I proposed thinking of the two as relativity and quantum theory, which at least places the two disciplines on an equal footing, although I need to work a bit harder on the alliteration.

The second thing is for us to consider whether the divide will persist in the long run or whether we will both be disrupted by something else. The evidence suggests we would be wise to assume someone will work out a way to do both well and, at that point, they will win.

So while we must not pretend we can do both (when really specialising in one or the other), we should try to create a new type of organisation with a unified approach that really can bridge the gap. Maybe that’s what the consultancies have in mind. We should be afraid of that.

Until then, let’s acknowledge that the divide exists – that it’s bigger than ever – and be true to what each of us does best.

The battle we need to win is the one that sits behind this debate about definition. And it is the battle about what advertising and communication is for. Many of the finance, banking and tech guys assume that it is mainly for direct, short-term sales. Whereas everyone in our industry (whether cultural or collateral) knows the biggest ROI is in long-term brand effects. If we allow this debate to become a choice between those two things, rather than a blend, we will all lose, client and agency alike. 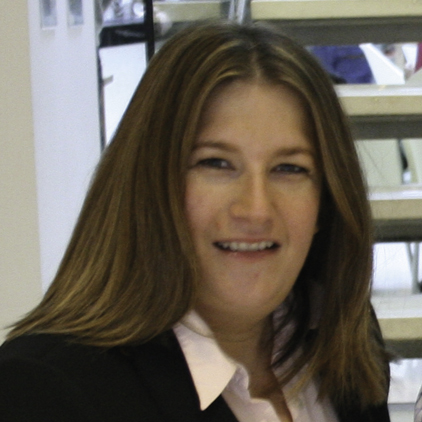 Advertising (much like the investment banks) used to leverage the arrogance of its top talent in a positive way, which just about stayed on the right side of being confident – a condition necessary for creativity. What has happened in some cases is that the arrogance has led to blindness and even a siege mentality (just as it did in some investment banks in 2008).

Tainting as a mere "collateral maker" anyone who uses data to discover new insights, improve the customer or brand experience or grease the purchase funnel shows a profound misunderstanding of the power of data when used correctly.

In the right hands, technology and data are incredible weapons that will liberate a brilliant creative idea and deploy it at a relevant time to engage your audience. Reaching audiences in new ways and creating cultural moments are far from mutually exclusive. In fact, they are complementary.

The creative idea is still king, as it always has been. However, data gives an advertiser the opportunity to use the inherent creativity of a good agency to ensure its brand can understand and interact with its audience beyond the 30-second TV spot.

As well as presenting agencies with the sort of creative challenge that the more progressive will relish, this is also the sort of response most clients are asking for.

Don’t get me wrong, I still have utter respect for the single "big idea" and I know for sure it has its place, but it is just one ingredient, not the whole cake. I’m certain there will be some agencies that continue to focus on this single big idea and that they will survive. But the danger for them is that they won’t be big and the clients that want this singular approach will come from a diminishing pool.

Relying on tried and trusted (even nostalgic) models of advertising smacks of Luddism and a hankering for a world that is fast disappearing. The future lies in the hands of agencies or groups that take all the ingredients at their disposal – data, technology, advertising, customer engagement and, of course, brilliant creativity – and mix them well to deliver the sort of campaigns that create cultural moments and deliver them at multiple points along the customer journey, not just at Christmas. 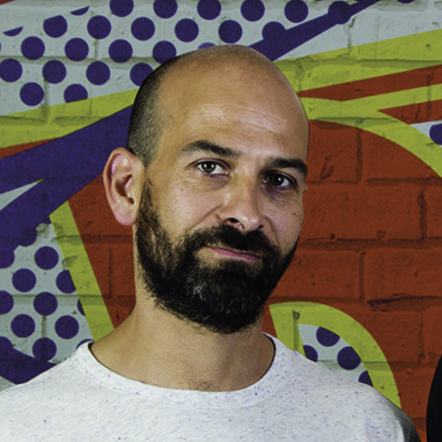 Suggesting a split in the market across "cultural" and "collateral" agencies plays the same trick. Only a philistine doesn’t respect and value "culture", right? And collateral? That’s of little consequence. Leave it to hacks, who produce stuff without taking pride in it.

This artificial split doesn’t help us navigate the world of marketing we are in now. And it is deeply unambitious to set limits to the scope and power of an agency’s creativity.

Because, while we agree that agencies need to create culture, we disagree on how it is created. Is it storytelling in film? It certainly can be. But can it also be created by a brand that behaves in a unique way everywhere it interacts with people? Does Spotify create culture with its inspiring playlists? We think the answer is unequivocally yes. Culture is expressed through every aspect of the experience.

And with that definition of culture, I think you have to expand the role of agencies. This means being comfortable with everything from brand storytelling to mastering data, technology such as artificial intelligence and service design, too.

Google, Facebook and Amazon, the three newest names in BrandZ’s Top Ten Most Valuable Global Brands, have been built primarily by delivering a compelling experience and service to people rather than through advertising.

The potential to inspire through media other than film is also important to established brands. For many brands, most of their touchpoints are digital. Like it or not, making these touchpoints work in a way that better expresses the brand – and supports culture creation – means mastering the whole range of data-centred skills. Not just in a fairly trivial "target message A to customer B" way but in making sure your services are as useful and inspiring as your campaigns.

The culture-creating agencies of the future will have to create memorable and original things everywhere, not just tell stories in a few channels. As Jeremy Bullmore once famously said: "People build brands as birds build nests, from scraps and straws we chance upon."

We believe agencies are more relevant than ever. They have a powerful role in bringing creative and cultural magic to brands in the digital age. So it is far more useful to extend our collective ambition than to box the industry into false categories.

Accenture Interactive is 'buoyant about where Karmarama acquisition could lead next'

The Adam & Eve/DDB school of creativity

There's more to life than profit

3 great ads I had nothing to do with #31: Ben Priest on Tango, Lynx and Levi's