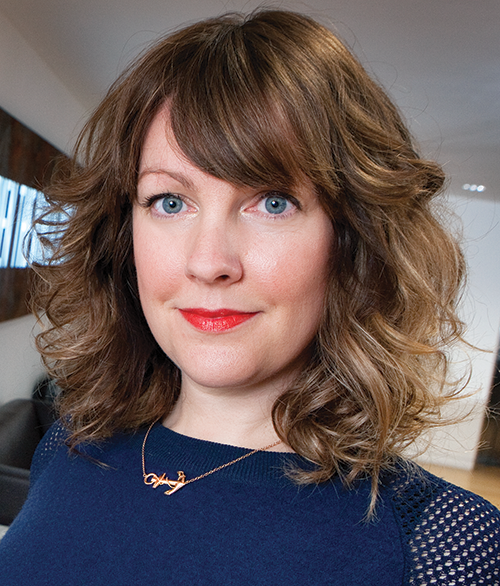 THEY ACTUALLY DID IT! Simple as that. We’ve all tried to sell in a "probably genius, but really, really difficult to make" idea that gets killed before it’s even seen the light of day.

These days, the things that seem too tricky to make are often left by the wayside in favour of the "easy sell". Nobody wants to rock the boat, now, do they?

So, hats off to the team that wrote this one and sold it, the client who bought it and the producers for doing such a slick job at recording at speed in a 178m slide.

In fact, my only issue is that it may be too well produced to sound like it was done for real. But it was. I’ve seen the evidence. (I needed to, because I’m a cynical old ad bird. I’m pretty sure the audience won’t question it for a minute.)

So, next time you’re not selling or not buying an idea because it’s just too difficult to make… rock the boat and make that one, please.

Don’t rely on the telly
Radio deserves its own executional delight. Relying too much on the audience having seen (and loved) the TV execution just leaves the radio ad feeling like a poor relation, a second thought. Revel in the opportunity to write the best radio ad of all time, every time.

Emotion is catching
If your protagonist is left annoyed, frustrated and deflated, chances are your listener is too – about your brand. There’s a fine line between being insightful and reflecting the annoying clichés of life. Don’t do the latter.

Idea fit for radio
The beauty of many dialogue-based campaigns is that it all lies in the facial performance – the visual delivery of a line. This means that your writing, and the way it’s delivered, needs to work harder than just listening to your TV ad with your eyes closed.

Male voice (calm to start with, but increasingly exhilarated) The Chiltern Railways London Family Travelcard is such a BIG deal…

…I’m recording this INSIDE the ArcelorMittal Orbit… home to the biggest slide… IN THE WOOOORLD!

This summer, from just £25!… you’ll get retuuuuuurn train tickets to London Marylebone… unlimited bus and Tube journeys… and two for one on many of London’s TOP ATTRACTIONS!…

(Slightly out of breath) Book your London Family Travelcard from just £25 today, at chilternbigdeal.co.uk.