About a third of women over 35 have trouble with incontinence, particularly after pregnancy. That’s a hard thing to talk about—and it makes selling a product to address the problem tricky, too.

New York-based underwear company Icon’s strategy is to go all in with a cheeky, flippant message. Today, their "Piss Off" campaign takes over the Bryant Park subway station in Manhattan, which last year saw more than 46,000 riders pass through its halls every day.

"By putting it out the open in a really unembarrassed way, we give permission to women to say, ‘Oh this is something I deal with and it doesn't have to feel embarrassing,’" said Icon VP of Marketing Kejal MacDonald. "There's thousands of women walking through the station every day whose lives could be improved by knowing about our underwear."

"Piss Off" is the first overall brand campaign for Icon, which previously released limited digital ads addressing a broader age range, since some women begin suffering bladder incontinence in their twenties. The new campaign focuses on women who are middle-aged or older, and MacDonald’s team shaped the messaging around customer insights from some of the 150,000 women who have so far tried the underwear.

Their main takeaway: the women currently selling incontinence products did not speak to Icon’s customers.

"There's the completely frazzled, overwhelmed woman in the bathrobes who can't believe that this is her life, and then there's the working mom in a blazer holding a bottle of milk," MacDonald said. "They're just kind of strange, unrelatable personas centered around who she is as a mom and not as a woman."

To reshape that messaging, MacDonald recruited ambassadors who embodied the "untethered freedom" she saw in customers. That includes Tara Jepsen, a 44-year-old writer, actor and skateboarder; Bella McCloud, a yoga enthusiast who at 57 is writing a PhD dissertation on women embracing gray hair; and 32-year-old pregnant pole dancer Ashley Wright. Molly Matalon shot the campaign.

If the posters’ clean, colorful visual design is familiar, that’s because Icon is a subsidiary of THINX, Inc. which also makes the menstrual underwear brand. Its debut 2015 subway campaign was held up by the MTA until public outcry forced the agency to back down. Posters for Icon have already appeared on New York streets, and while MacDonald said there hasn’t yet been negative feedback, the Bryant Park takeover was still delayed by a few days over concerns similar to the ones that delayed THINX. "They dragged their feet on approving it," she said.

All THINX creative comes from the company’s in-house team, which was a new workflow for MacDonald, who previously worked at agencies including Deutsch and Saatchi & Saatchi. But for a brand whose identity includes a clear, uniform visual aesthetic, "it makes a lot of sense to be able to have our designers sitting with our brand leads and our customer service team, kind of marinating in the business and our ideas," she said. 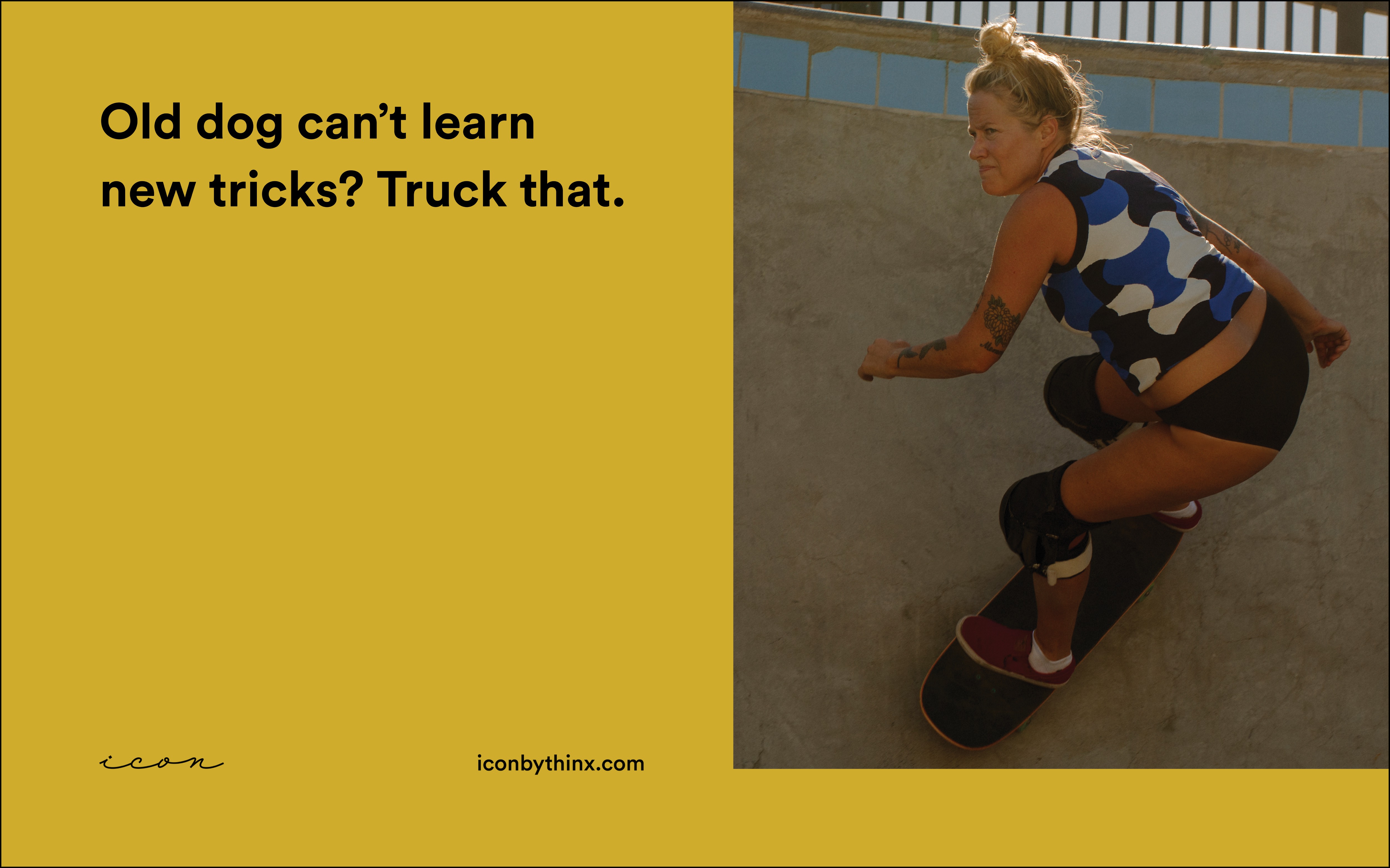 MacDonald said the splashy OOH buyout strategy is partially driven by their design process, since plastering an entire hub with the company’s minimalist visual language creates a "fully immersive experience [that tells] a cohesive story." But more than that, it’s about making a statement. "We really love celebrating women who are just getting louder and more outrageous and funny and interesting as they age."

4 lessons for male mentors who work alongside women

How amputees became the disabled darlings of Madison Avenue