Industry leaders across Asia, Europe and the US respond.

Netflix’s share price plunged nearly 40% after its Q1 results on Tuesday, when it shocked investors with a double whammy of news — subscribers fell for the first time in a decade and the streaming service said it is ready to launch an ad-supported tier.

The advertising industry previously had mixed feelings about Netflix’s long-time insistence on staying ad-free. While consumers liked the viewing experience, it undermined the case for TV advertising — widely regarded as the most effective and emotional medium for brands.

While some investors may see Netflix’s introduction of an ad-supported tier — probably in around 12 months’ time — as a sign of weakness, the prospect of advertisers being able to use Netflix’s rich audience data to target some of its 200 million subscribers is potentially exciting.

However, established ad-funded broadcasters and streamers may have reason to worry about a powerful new entrant taking share.

Experts believe the announcement comes at a “critical point” in the evolution of streaming TV business models, after major players like HBO Max and Disney+ have launched — or are preparing to launch — ad-supported tiers, joining Peacock, Paramount+ and Discovery+. With its global reach, observers suggest Netflix could influence a hybrid AVOD/SVOD model to become mainstream around the world rather than only in certain regions as it is currently.

The Campaign team asked industry leaders across the U.S., Asia and Europe to provide their thoughts on an ad-supported Netflix. 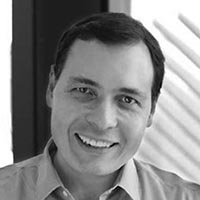 Almost reflexively, marketers are excited by the prospects of an ad-supported Netflix. Many might presume it will help them reach vast numbers of elusive consumers with impactful messages on zeitgeist-influencing programming in relatively short order.

However, such presumptions would almost surely fall short of reality in the near-term. It remains unclear when an offering might be available, which countries ads will run in, who will subscribe, how the company will avoid cannibalizing its existing revenue base and whether or not the ad products will meet marketer expectations. There is also the matter of who will sell the ads and how campaigns will be managed, among other details. Everything will surely be sorted out with time, but until then, any specific impact on Netflix and the advertising market is difficult to divine with precision.

On balance, the news is likely mixed for conventional broadcasters. On one hand, Netflix may sell billions of dollars in advertising that might otherwise have been sold to traditional TV networks. As well, other streaming services are likely to become more aggressive in the use of advertising if they do not feel curtailed competitively by Netflix.

However, broadcasters will benefit if a significant share of subscribers don’t otherwise access conventional ad-supported TV and are exposed to ads via streaming services. The incremental campaign reach the streamers would offer may help the broadly-defined medium to better satisfy advertiser reach and frequency goals, at least relative to the alternatives. 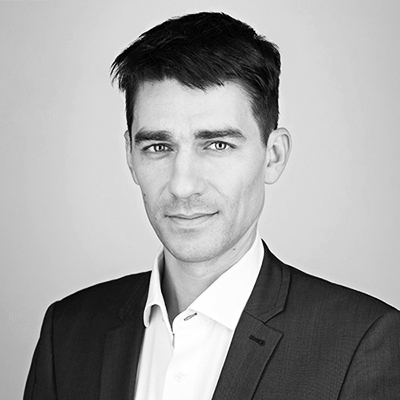 The potential is huge for Netflix. Even if there is some cannibalization of premium users, the uptick in revenues from ad dollars will make it more than worthwhile.

It's plausible that Netflix will play a key role in driving the roll out of hybrid AVOD/SVOD around the world. Today, such models are mostly found in the U.S. and in Asia, but should Netflix add this on a global basis, it could be the next big thing. It'd force others to move beyond pure paid-for streaming models. I've long argued that it is unsustainable to expect customers to buy more than five SVOD services — so hybrid models are part of the solution as it eases the pressure on consumer wallets.

Ad agencies have persistently asked Netflix over the last few years to start running ads on the service. But they've been firmly against this until now. However, as Netflix management said on the investor call, what has changed is that this is a proven model that works: Hulu, HBO Max and Disney+ are doing it, so of course, Netflix should also do it. After all, behind Netflix’s global success is this idea that the service must be truly demographic and ubiquitous — available to everyone everywhere. So in many ways it makes perfect sense for them to also add an AVOD tier. 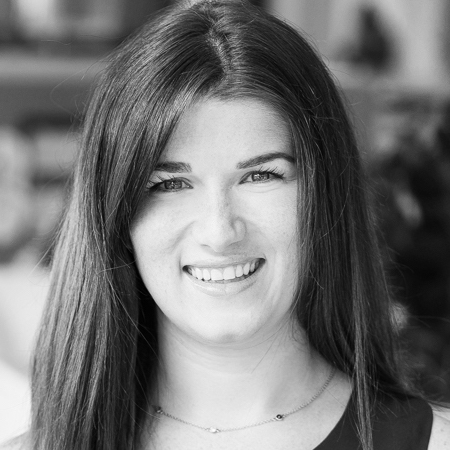 Obviously, there has been a major shift out of linear TV and into the streaming world. But to date, roughly half of streaming has not been ad-supported, largely because so much of that has been on Netflix.

There is a long road ahead for Netflix to do this — it’s going to take them a while to get the structure set-up — but long-term, it could be pretty impactful. It’s good for consumers and opening up supply is good for the ad marketplace.

One thing that will be interesting for Netflix is whether existing subscribers will move from what they are comfortable with just to take a little bit off their monthly bill — which is very different from new services that have launched with an ad tier.

I would imagine Netflix will start [selling ads through] direct buys. That's how we've seen streaming services launch to date so everyone understands the inventory they are buying. Then they [will] make inventory available programmatically, but I think it is much more likely to be a combination of programmatic guaranteed and private marketplaces. That is the shift we are seeing in general in CTV, which is very different from digital programmatic. CTV and streaming is still a limited capacity compared to the breadth of digital. 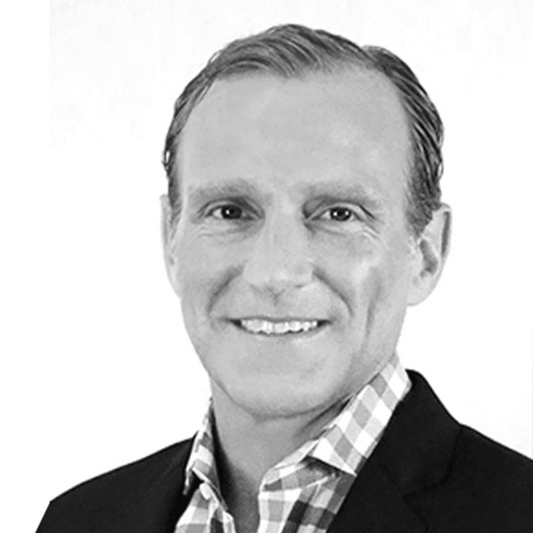 With maybe the exception of YouTube, Netflix’s subscriber numbers dwarf any other ad-supported VOD platform today. Even if a small percentage of Netflix’s current subscribers shift to an ad-supported model, you’re looking at 20 million subscribers possibly right out of the gate, plus another 20 million in new ad-supported viewers. If you have 40 million streaming viewers, that would make Netflix one of the largest ad-supported streaming platforms on the planet. It would accelerate the growth of CTV advertising in a way we haven’t seen before, with anywhere between 30% to 50% growth just from Netflix alone. 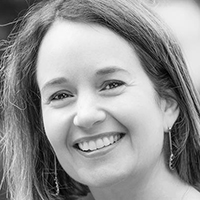 There is bound to be huge excitement among advertisers and agencies at the thought of an ad-funded Netflix model, but there are many questions to be answered before we get ahead of ourselves. What format will this new model take? How will it be measured? Will pricing be competitive?

The market keeps getting increasingly competitive with ITVX, Amazon and more, all out to shake things up. I would hazard a guess that if you’re used to the ad-free version, you probably won’t change your subscription, but this may be a great way to encourage new sign-ups and stem the decline in 16 to34 year-olds reachable through advertising. From a consumer perspective, from where our thinking should always start, it will bring more choice, which is always a good thing.

But when it comes to Netflix, (and having spent Easter weekend binge watching two seasons of Bridgerton), there is really only one question with which so many of us are wrestling: Team Simon or Team Anthony? 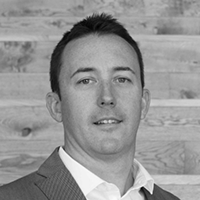 The potential for an ad-funded service from Netflix would be welcomed by most advertisers. As younger demographics migrate their viewing into AVOD and SVOD services, and there are continue to be advertiser challenges in modeling price elasticity in linear TV, the opportunity to tap into a new commercial supply to reach 16 to 34 year-olds at a cost-effective price point alongside linear and established AVOD services is very attractive.

This potential move will undoubtedly make ripples in the UK TV market as the global streaming platforms will continue to exert pressure on the price of premium content and have a model to go head-to-head with established broadcaster VOD models.

The streaming subs market is always going to be the first area to be tested by the biting winds of economic uncertainty, so having a commercial model that can grow consumers from lower entry into an ad-free premium market makes sense and one that is well established in the audio market already.

With a potential change in the Netflix model a couple of years in the making, it gives the industry enough time to engage in the right conversations to align on robust measurement and effectiveness across both the linear and streaming ecosystem. 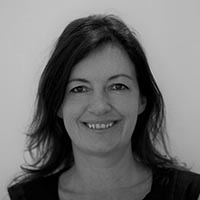 An ad-funded Netflix would undoubtedly entice advertisers, who always like to try new channels and platforms. Key to their success will be achieving scale quickly – there will be an expectation of high reach.

New audiences to understand and target will emerge over time. The other unknown is how effective Netflix will be as an ad platform, and that will rely on a test and learn approach. Advertisers will want full insights to justify their continued investment. 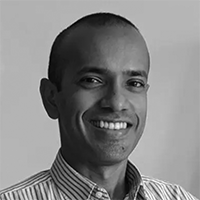 Netflix is most likely going to have ad-free tiers while adding on ad-supported ones. This will help it chart the next stage of growth by unlocking mainstream audiences who are more price-conscious and might need to be more dynamic market-to-market, as we have seen with their India operations. This is somewhat similar to Spotify but will involve a high level of complexity given the nature of the streaming content. 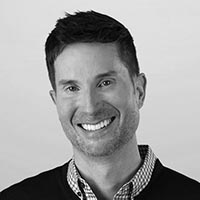 Consumer behavior and preference has forced Netflix to reverse its long-time stance on advertising. The company can’t keep raising its subscription prices to solve its revenue challenges. In December, Forrester found 43% percent of U.S. online adults who use a streaming service are concerned with how much they’re paying.

Subscriber losses are a major wake-up call for Netflix, which has previously held firm on subscriptions as its core business model. Simply put, subscription revenue alone is no longer a sure bet. Offering a lower-cost, ad-supported tier as an option should have happened a year ago. Now, Netflix is playing catch up to its competition. 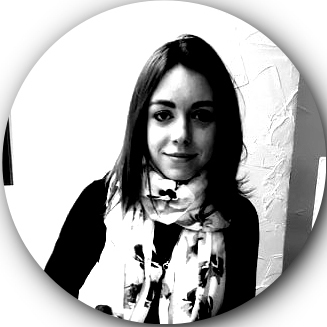 Netflix is clearly losing dominance in the SVOD market. According to GlobalData, the streaming company’s market share in the U.S. was 25%, and this will fall to 16% by 2026. It is clear that we are now post-peak streaming as life goes back to normal.

Streaming services are either throwing money at the problem, chasing a dwindling number of subscribers, or (in Netflix’s case) cutting back on content spend, which was its USP. Streaming services need to adjust expectations and improve their offerings to prevent further haemorrhaging of subscribers and to compete in an increasingly fragmented SVOD market. 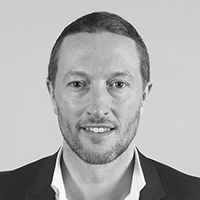 In principle, we would welcome the opportunity to advertise on Netflix, or indeed any other scaled, high-quality streaming service. Increasing the supply of quality viewing to advertising should be welcomed if it meaningfully impacts the inflationary pressures we are currently experiencing in AV. This does assume only limited compromise to the viewing experience, the ability to target with precision and the availability of robust audience data.