Execs from OPM, MassiveMusic and DLMDD share their thoughts on the soundtracks to four of the big festive campaigns.

An important component of any memorable Christmas ad is the music. In fact it is so significant that featured songs are often in the running to become the Christmas number one.

As the Christmas ads continue to roll out, Campaign asked Oliver Pearson, director at OPM, Irma Holmgren Holm, producer at MassiveMusic and Sascha Darroch-Davies, co-founder of DLMDD, for their thoughts.

The festive spots being reviewed are: John Lewis & Partners and Waitrose & Partners "Give a little love" by Adam & Eve/DDB; Tesco "No naughty list" by Bartle Bogle Hegarty; Burberry "Singing in the rain" by Riff Raff Films; and McDonald's "Inner child" by Leo Burnett. 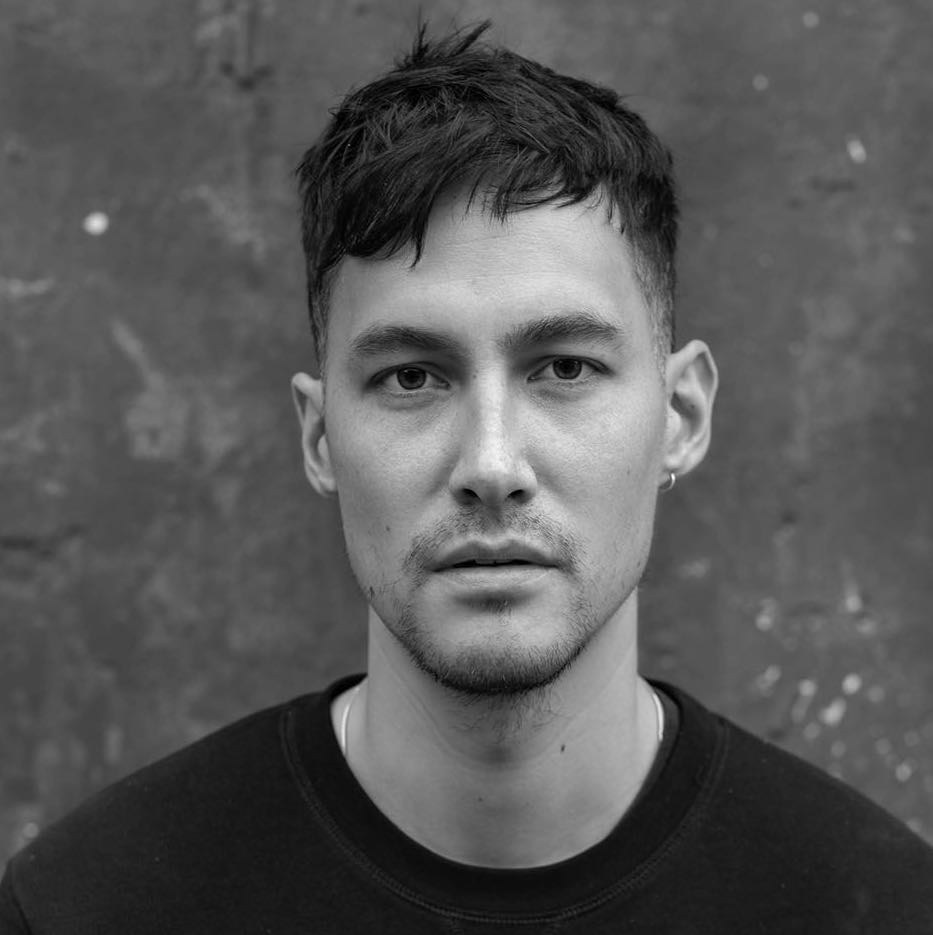 John Lewis In a departure from previous campaigns, John Lewis decided to go with an originally composed number this year, co-written and performed by relative newcomer Celeste. It feels like a real Christmas song, a musical wind-up box full of love and warmth, the heartfelt lyrics mirroring the spirit of the ad – giving kindness to everyone around. Celeste’s tender voice wraps the listener in a loving, fairytale narrative and a sense of nostalgia. The brand should be really celebrated for trusting in the songwriting process and going against the popular Christmas trend of only covering well-known heritage tracks.

Tesco Rather than get a new star to cover Oops!... I Did It Again, Tesco decided to use the original Britney Spears version for its Christmas bonanza. Nobody can sing it better quite frankly. Her voice is instantly recognisable and the cheekiness of her girl-next-door attitude weaves simultaneously into the narrative of the ad. It’s a lighthearted and uplifting track choice, which will put a smile on the face of the millennial generation and introduce the track to a new army of fans. I can imagine there will be a lot of kids put on the naughty list for blasting this one too many times cooped up in lockdown.

Burberry The brand has garnered critical acclaim this year for its musical collaborations and its Christmas ad song choice continues this winning run by using Gene Kelly’s classic track, Singin’ in the Rain and giving it a young modern facelift. The inspired cover by London-based rapper Dreya Mac is refreshingly fun, bold and vibrant and a direct middle finger to the damp squib of a year that 2020 has been. This is creativity at its best. Reimagining what a Christmas ad should look and sound like. I caught up with Miranda Kempin, senior synch & licensing manager at the song’s publisher Sony/ATV, who said: "The song is about finding joy in adversity, which is particularly fitting given the year – the overall message is one of hope." Hats off Riccardo Tisci and the team.

McDonald's Sometimes as a music supervisor, it’s easy to overthink the brief. The track choice here is spot on – great work Sharan Gill at Sharpa Music. Forever Young, originally by Alphaville but here covered by Becky Hill, tells the story of Christmas in two words. The excitement of Christmas really is about your inner child, a magical time full of imagination. As if Becky’s version isn’t moving enough, 10p from every song download will go to food redistribution charity FareShare. Alphaville and publisher Budde Music will also join Becky Hill with a charitable donation. When I spoke to Jess Nash, sync & marketing manager at Phrased Differently (a Budde Music company), she said: "We are very proud to see Forever Young reimagined so beautifully to help this story come to life and look forward to being able to raise money for a good cause this Christmas." 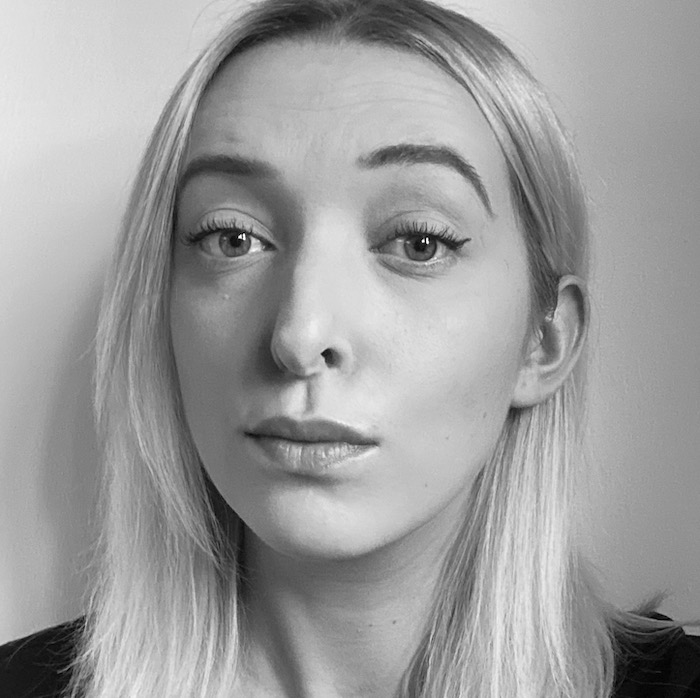 John Lewis With an incredibly mesmerising and beautiful series of animated vignettes, singer Celeste’s wonderfully raspy voice does a really good job with not only setting the mood of the ad but taking it to a new level. This ad and song leave you feeling loved, and it makes you want to give a little love. It’s a visual and musical hug – which, to be honest, everyone is in need of after all the ups and downs 2020 has given us. The music makes this piece of art wonderfully emotive without dragging us into a sad, and now incredibly overdone, piece of content that Christmas mixed with Covid-19 could generate.

Tesco As a 90s kid, I am more than happy to listen to Britney Spears on any given day. Even Christmas Day. However, this musical earworm mixed with Tesco’s angle of turning this year’s difficulties and naughty actions (looking at you, loo-roll bulk-buyers) into a comic ad feels a bit incomplete. One could say that it’s a bit of a missed opportunity not to dive deeper into the relationship between the song and spot, where a re-record, which would enable more acting based on the track itself, might have been a way to go. Hats off for a rather original song choice for a holiday spot, but even though the track might be a memorable earworm, it, unfortunately, doesn’t guarantee a memorable Christmas ad.

Burberry There are good ads, and then there are GOOD ads. This ad falls into the latter category. Burberry is truly championing diverse creativity and culture and this Christmas ad is a sight for sore eyes. You can tell that this song was re-recorded and actioned in a truly creative way, with both visual and musical aspects being key components in making a whole. Dreya Mac’s wonderful vocals mixed with percussion and SFXs are the only musical components that are represented in this re-record, and it still takes on a life of its own. This classic track, made famous by Gene Kelly in 1952, gets a modern and contemporary take that encourages new generations to start singing and dancing together in the (hail) rain.

McDonald's The animations this year are in a league of their own. This beautiful 90-second ad hits home and is rather emotional. The cover of Alphaville’s Forever Young, sure enough plays a small part as a lyrical supplement to the film, and, as a standalone piece of music this cover is equally as beautiful as the animation it is mixed with. But I can’t help but feel this has been done before. The song choice alone, not the performance, falls a bit flat in the context of the ad and with the straight-up emotional tone these assets bring forth, it might get washed away as another one in the sea of sad Covid-19 ads. 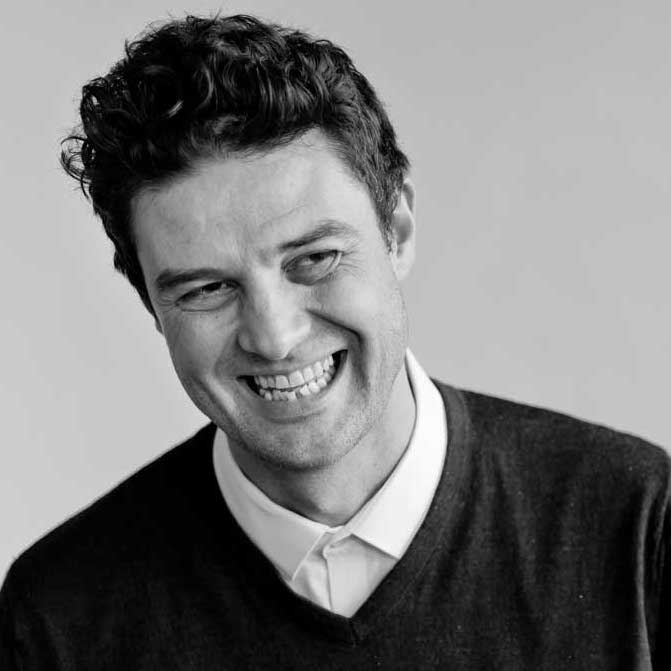 John Lewis Well, it’s taken a pandemic but John Lewis has finally ditched the weepy, apologetic cover in favour of an original song at Christmas… ‘bout bloody time! A canny choice of voice, too, from the BBC Sound of 2020 winner and Brit’s Rising Star award recipient – Celeste. Channelling Ella and Eartha and naturally, a bit of Amy, because, well it’s law now to channel Amy, it’s a song that wouldn’t be out of place 60 or 70 years ago. With a luscious string arrangement and wistful delivery, it feels like a Christmas song from a bygone era. Safe ground, but I think we all need a bit of familiarity and nostalgia right now.

Tesco Nice premise this, "No naughty list". Although I’m assuming that doesn’t apply to Donald right ‘cause he deserves a damn good thrashing? Now, I’m not quite making the connection here with Oops!... I Did It Again, as the protagonists are confessing single transgressions not multiple ones. Although a bit clunky, props for taking time to re-work the song's vocal around the dialogue, unlike Asda who’ve delivered a cornucopia of audio indiscretions this year. Anyway, nothing does cheer-you-up like Britney now does it, and it sort of works with the creative idea, so we’ll let it go this time. Fun fact: Oops!... I Did It Again was released 20 years ago. How old do you feel?

Burberry This is the one Christmas ad I genuinely wish I'd been a part of. It's a stunning piece all round but the track does a seldom seen trick of breaking the mould of advertising commissioned re-records. It's original, it's youthful, it's infectious it sounds like an artist's interpretation of a classic song and not music by committee, something that adland is so very guilty of. Much like a great director is (sometimes) permitted the freedom to realise their vision, we must learn to trust musical artists, producers, musicians and writers to realise theirs. Take note people, this is how it's done. Here endeth the lesson.

McDonald's Well, if there were an accolade for sentimentality in Christmas music, it would without question be awarded to McDonald’s, who’ve gone and done a John Lewis haven’t they; an "adver-safe" cover of an already schmaltz-laden number. Originally released in 1984 by German chart botherers Alphaville, you may think this track pretty obscure. But the song has some legacy, appearing in various movies including Napoleon Dynamite and re-worked by Jay-Z when he did a collab with Mr Hudson. Not a highlight of either artist’s career and seemingly the end of Mr Hudson’s "good" phase before Kanye got involved and turned him into the lovechild of Gary Numan and Maroon 5.

Christmas Christmas Web (online only story, NOT from printed publication)

Vodafone is dreaming of a virtual Christmas in tech-centric spot

Did John Lewis strike the right tone in its Christmas campaign?