Nike successfully ambushed this year's World Cup, with over 50% of consumers believing the sportswear brand was an official tournament sponsor, according to a study commissioned by Campaign.

Working with consumer insights provider Toluna, Campaign surveyed over 1,000 consumers before the start of the World Cup on 30 May to measure awareness of official partners. The same survey was then repeated before the final to gauge how awareness had shifted over the course of the event.

Despite major brand presence during the World Cup – including the official matchday ball – the percentage of respondents correctly identifying Adidas as a sponsor dropped from 54.7% to 54%. Conversely, the percentage selecting Nike – which, for the first time, provided kits for both finalists in France and Croatia – increased from 50.7% to 51.2%.

The figures appear to signal victory for Nike’s ambush marketing strategy, which featured players such as France star Kylian Mbappe (pictured, below), despite Adidas having partnered World Cup organiser Fifa for every tournament since 1970.

Nike declined to comment, while Adidas insisted it was satisfied with the outcome of its activity during the World Cup, claiming that ecommerce volume doubled on some of its sites during the tournament, and that perimeter advertising during games prompted a 14% surge in Adidas app downloads.

A spokeswoman told Campaign: "The focus for Adidas was ensuring that we have a strong brand presence during the tournament and we are very happy with the results." 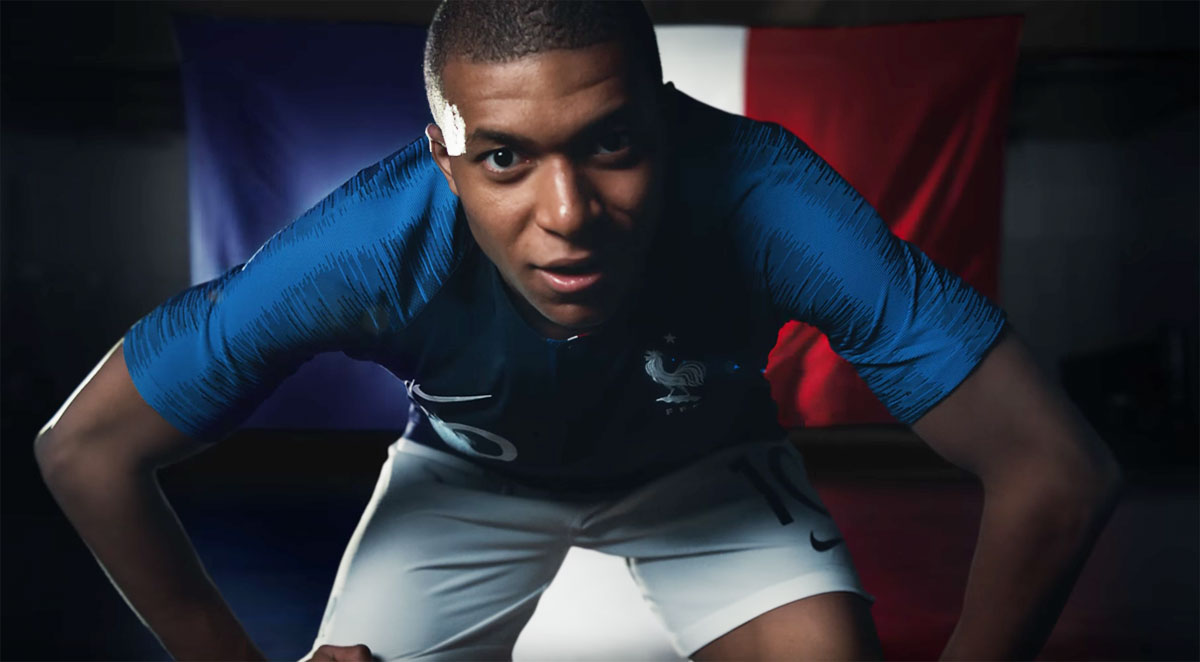 In most other product categories, the official World Cup sponsor was able to increase awareness over the course of the tournament.

While Coca-Cola already enjoyed strong pre-competition awareness (75.5%, rising to 76.7%), it was able to extend its lead over arch-rival Pepsi, with the percentage of respondents incorrectly identifying the latter as an official sponsor dropping from 34.3% to 28.5%.

Similarly, McDonald’s was already well-known for its World Cup sponsorship before the opening fixture (70.5%, falling slightly to 70.2%), and managed to maintain a health awareness lead over Burger King (18.6%, down to 16.4%).

Concerted marketing activity before and during the World Cup helped Budweiser establish a lead over rival beer brands.

Prior to the tournament, Carlsberg – well known for its sponsorship of the England team – was incorrectly identified by the majority of respondents (52.9%) as an official World Cup sponsor, with the US brewer trailing with 38.8%. However, by the time England had been knocked out, 49.6% correctly selected Budweiser, compared to only 41% naming Carlsberg.

Only 43.4% of respondents, meanwhile, recognised Hyundai/Kia’s World Cup sponsorship by the final, but this was an improvement on the 39.5% who selected the carmaker prior to the tournament.

Of all official sponsors, only Qatar Airways was not recognised by the majority of those surveyed by the end of the tournament. Before the World Cup, less than a third (30.6%) correctly identified the airline as a sponsor, nearly half that of those mistakenly selecting Emirates (59%).

By the end of the event, Qatar Airways had only increased that awareness to 36.3%, still languishing behind Emirates on 50.6%

Agency CEO churn calls for a return of creative leadership

Press may have its day again

Fortnite has 125 million players - so are we looking in the wrong places for our audiences?

Why Solace Women's Aid got #StopItComingHome trending in the World Cup