Adidas has installed eight statues of female changemakers to celebrate women who are breaking boundaries in the worlds of sport, fashion and culture.

The activity follows research that revealed London has more statues of men (21%) and animals (8%) than it does of women (4%).

As part of the campaign to launch its new Adidas sports bra collection, which tackles the impact of poor support on sports participation and performance, the statues have been placed beside City Hall on the South Bank. 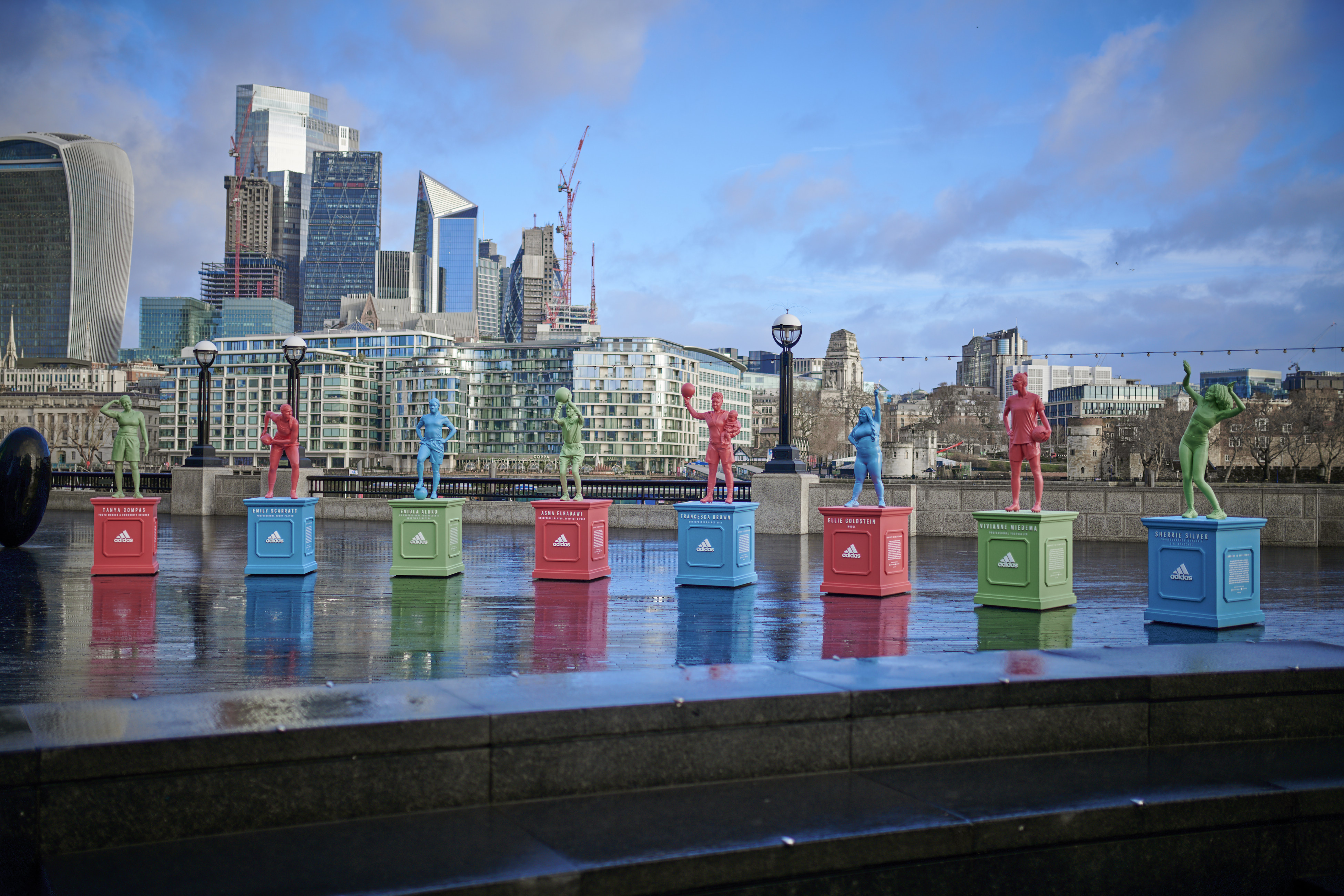 Each statue was created from a scan that was 3D printed in an environmentally responsible way, using sustainably recycled marine farmed waste plastics from UK oceans. The statues will reside by City Hall for two weeks before being moved to long-term placements with the communities of the women involved.

Interviews and behind-the-scenes videos will be shared by each of the participating women on their own social media channels.

Hyperactive London is delivering the project.

The Adidas sports bra collection launched on 9 February following research highlighting that inadequate breast support led to movement-related breast pain in nearly half of female respondents. Adidas set out to redefine its current offering and create a range of sports bras that deliver added comfort and better fit.

To launch the bras, the brand released an image of bare-breasted women to highlight the variety of shapes and sizes of women's breasts.

On Twitter, alongside an image of 25 chests, it said: "We believe women's breasts in all shapes and sizes deserve support and comfort. Which is why our new sports bra range contains 43 styles, so everyone can find the right fit for them." The global campaign created by Adidas in partnership with TBWA\Neboko has received a mixed response. 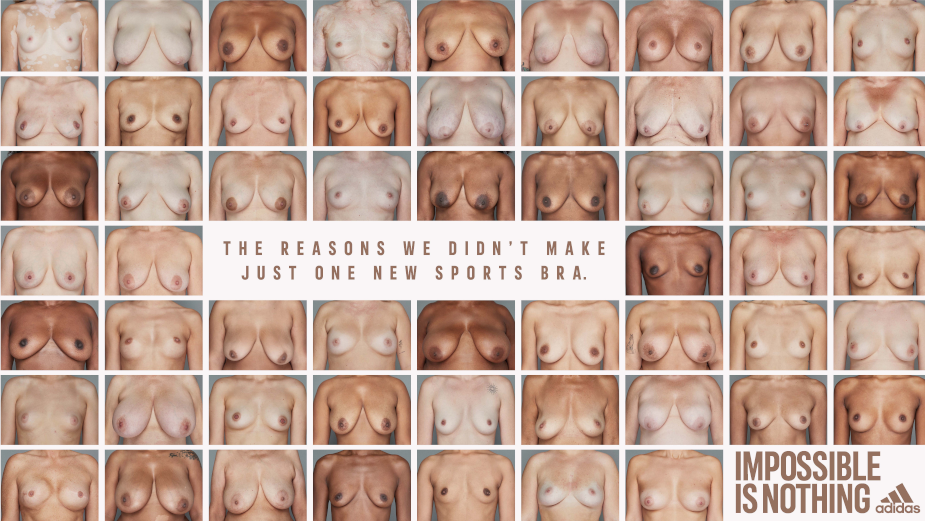 Adidas bares all and I can’t bear to look

Pick of the Week: Arsenal and Adidas make us confront worsening knife crime