When we asked the heads of agencies in this year's School Reports to name the shop they most admire, the result was clear - Adam & Eve/DDB. Nicola Kemp reveals the secrets of its success.

Only hours after Adam & Eve/DDB was named Campaign’s Advertising Agency of the Year 2015, the agency was discussing how it could secure the accolade in 2016. A slightly masochistic approach? Perhaps, but it certainly paid off – 12 months later, A&E/DDB picked up the award for the third year in a row.

Now it can claim another accolade: A&E/DDB has been revealed as the most admired agency among the chief executives of the UK’s leading creative shops – those that appear in this year’s Campaign School Reports.

Granted, some agencies expressed their admiration through gritted teeth. The prefix "I hate to say it but…" accompanied some submissions. So while envy may be the enemy of ambition, there is no question that some agency leaders possess the former in spades.

In fact, instead of celebrating the myriad creative organisations operating in the UK today, an alarming number of creative leaders harked back not just to a bygone age but a completely fictional one by naming Sterling Cooper Draper Pryce their most admired agency.

Hometown was determined not to admit to admiring a competing agency. Instead, it quoted the 17th-century English churchman and historian Thomas Fuller to declare that "admiration is the daughter of ignorance".

In contrast, Paul Lawson, chief executive of Leo Burnett, cast the only vote for Gasp of Wokingham on the basis that it was "the only UK agency to retweet my IPA podcast with Paul Bainsfair earlier in the year".

However, many respondents chose not to simply tip their hat to their sister agencies or holding companies but to celebrate the creative output of A&E/DDB.

It would be all too easy to underestimate the impact of the agency on the UK’s creative ecosystem. While most consumers may never have heard of A&E/DDB, no doubt many of them will be admirers of its advertising. If Christmas is the UK ad industry’s equivalent of the Super Bowl, then A&E/DDB has successfully defined the festive ad with its brilliant work for John Lewis.

Writing in Campaign last month, the agency’s group chief strategy officer David Golding declared that the industry will split into two types of company. The first will create culture through campaigns that generate fame, talkability and memetic power. The second will create collateral, driven by data and the ongoing ability to target precisely and reach audiences in new ways. He places A&E/DDB firmly in the former category.

Many competing agencies will also aspire to be culture creators. Yet any organisation that seeks to create culture must also put its own corporate culture under the microscope. It will need to consider how it achieves the right blend of collaboration, ambition and openness.

To better understand the culture of creativity at A&E/DDB, Campaign spoke to six employees, working in a range of disciplines and at different levels of seniority, about their experience of being part of the UK’s most admired agency. 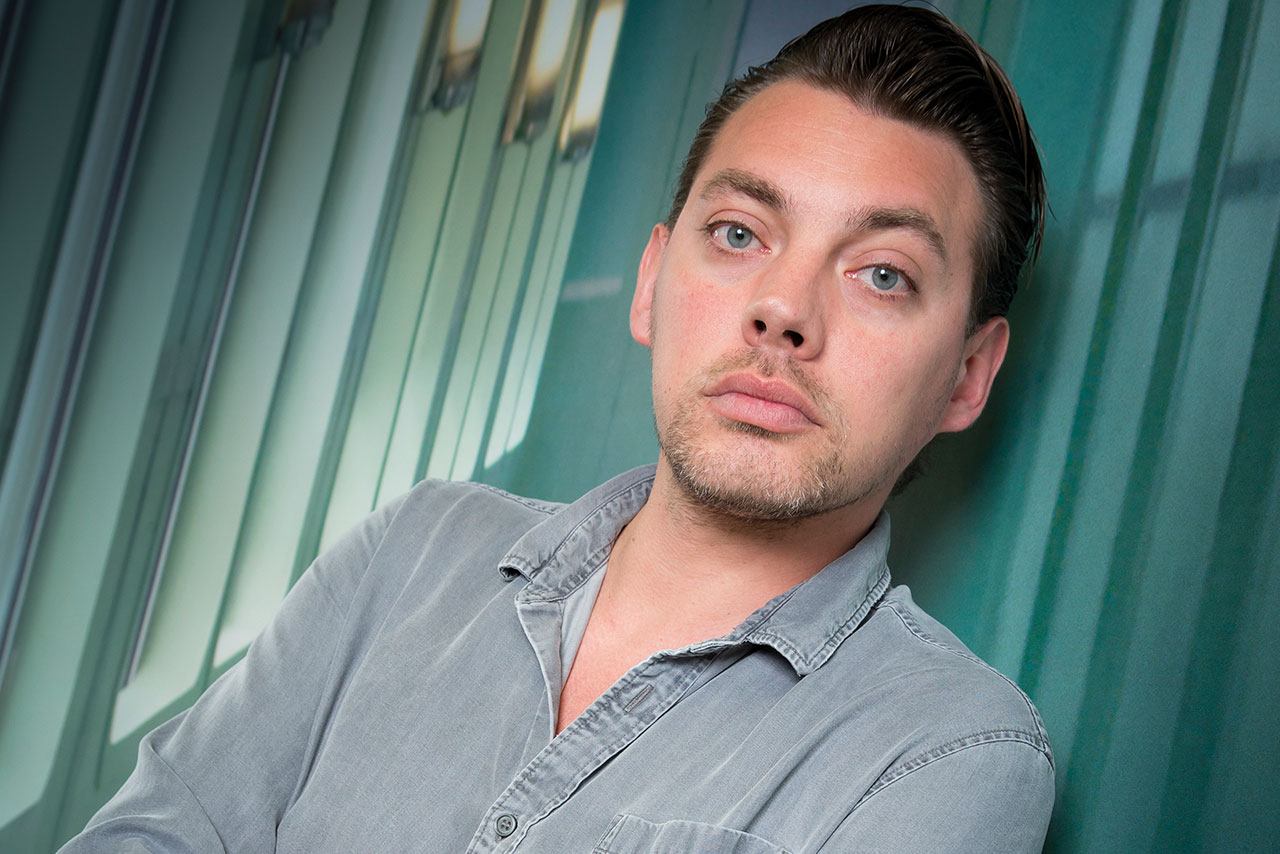 Matt Craigie Atherton has been a member of the A&E/DDB team for eight years and head of integrated production since 2014. After starting out at Blink Productions, he moved agency-side five years later and worked at a number of shops before A&E/DDB. Craigie Atherton has worked on every Christmas film for retail client John Lewis.

"When I joined in 2009, Adam & Eve was only 20 people in an office in Covent Garden. I felt the buzz and that is still there," he says. Describing himself as one of the "few originals left", Craigie Atherton believes the key to the agency’s success is the "no-barriers" approach.

"There is a real sense that any idea is possible and that has been the case whether we are a tiny agency or a big international agency. There are ways to do things when nothing is off the table." He believes that this approach – where budget restrictions are recognised but not the start and end point of any given creative brief – underpins the agency’s best work.

"I’m not sure if the agency does anything differently," he muses when asked what it is that defines the agency’s success. "It is pure ambition – we take the best of everyone’s skills and have a simple objective to make the best work possible."

Keeping things simple is also what has kept Craigie Atherton at the agency for so long: "There really is a shop-floor mentality and not a sense of hierarchy. It is something that the founders have successfully passed on to the next management team." 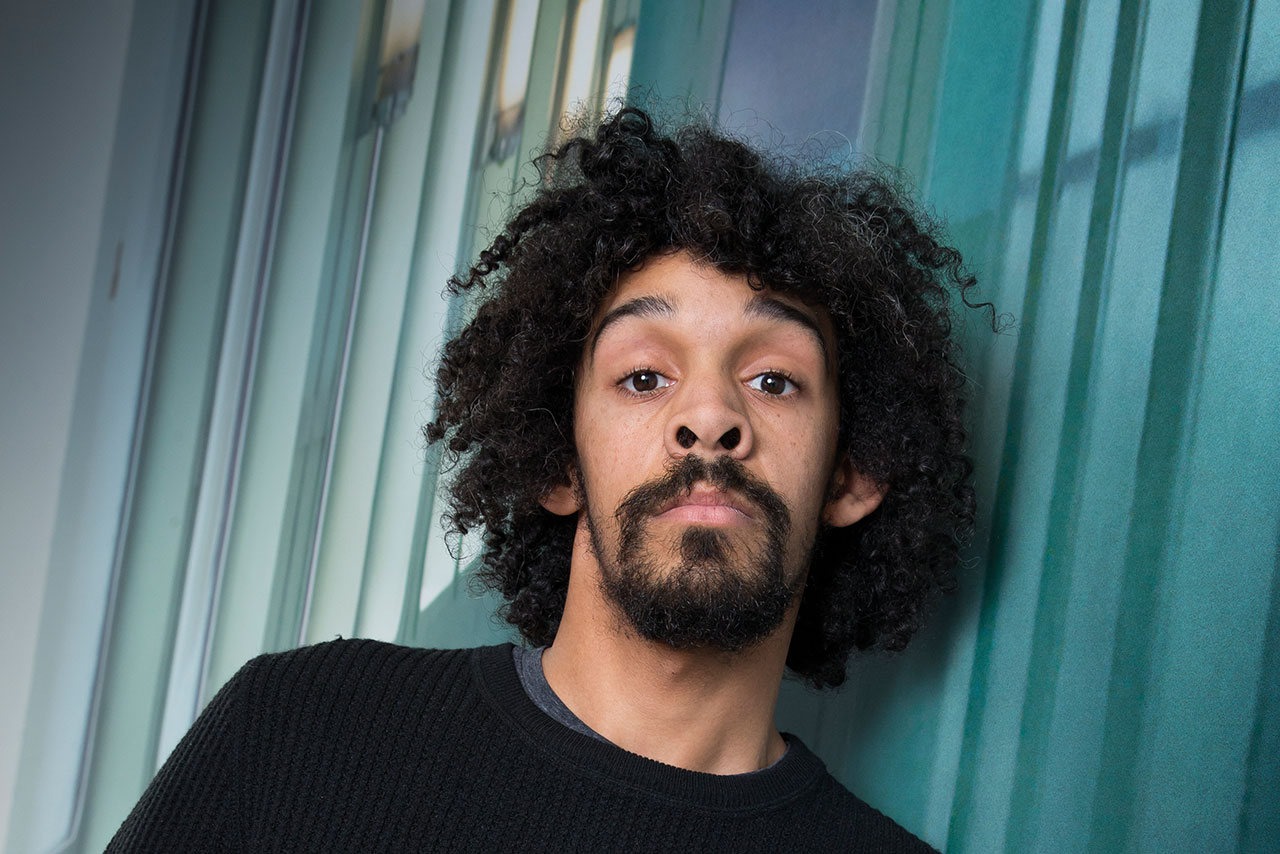 John Blight has a psychology background and has worked in advertising for six years. Before joining A&E/DDB as a planner three years ago, he spent time at a number or regional and larger London agencies. Blight works on multiple clients using a variety of disciplines, from programmatic to big brand planning. He also works with schools, promoting careers in the creative industries to help make advertising’s workforce more diverse.

The understated Blight has a less-than-understated answer when asked what it is that makes the agency successful. "It is the best agency in the world and has the best planning department in the world," he asserts. What lies behind this brilliance is a simple approach: "Everyone is encouraged to be themselves. That individuality is not beaten out of them and that really allows them to be truthful and to create real, emotional work."

So how does supporting the individual extend to the agency’s culture? Is this a place where the rhetoric of "bringing your whole self" to work is a business reality? "I am a very keen cyclist and I have done meetings in tight-fitted clothing. I sit at the same desks as one of the CEOs," Blight says. "I am made to feel comfortable as a black person, I didn’t go to Oxbridge and I don’t feel like I have to be the same as everyone else." 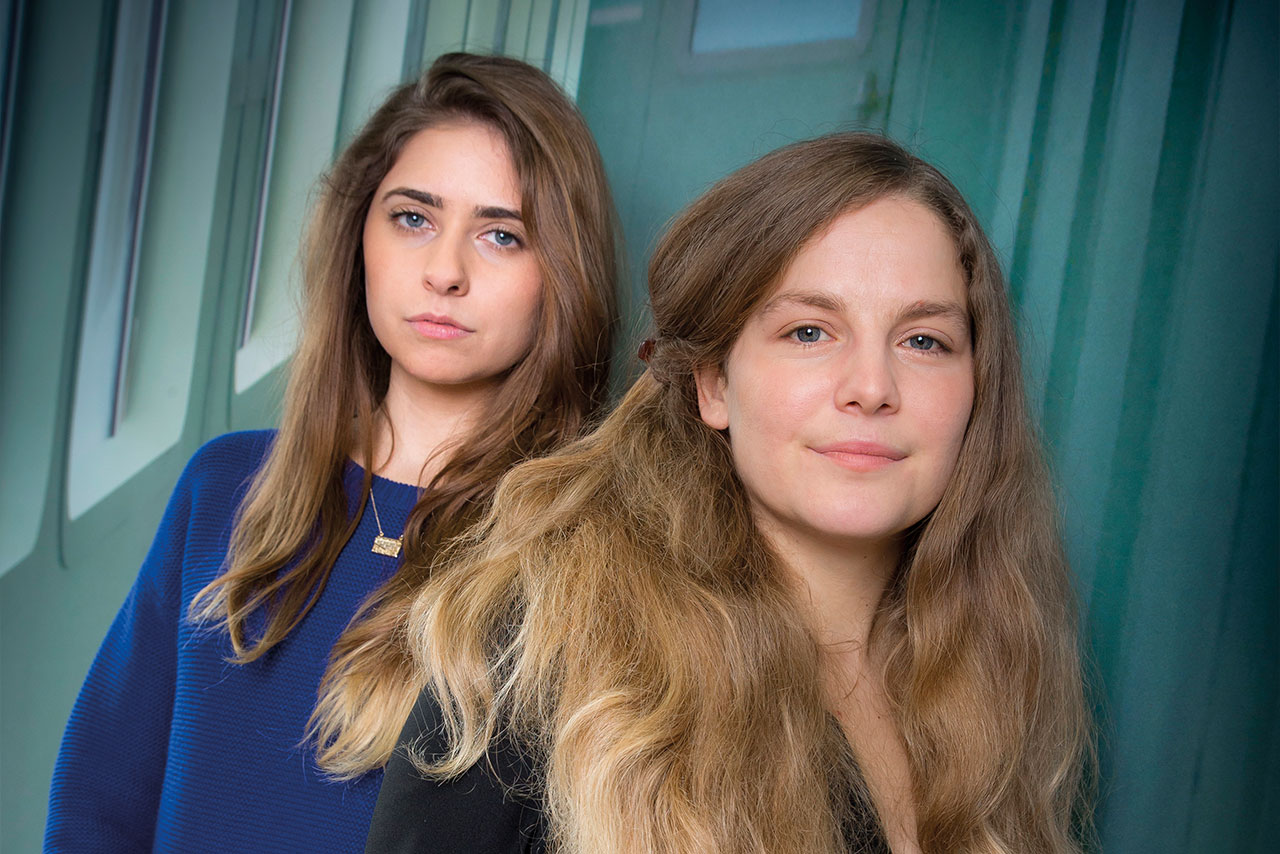 Chloe Pope and Jessica Morris joined forces while studying advertising in Watford at West Herts College. After a stint at Dare, where they picked up two accolades – Creative Circle’s most promising newcomers and best new team at the British Arrows – they moved to A&E/DDB, where they have been for the past two years. So far, the duo has worked on Harvey Nichols, Volkswagen, McCain, the Financial Times, Pears and John Lewis across TV, online, posters, radio and digital.

They share an addiction to Earl Grey tea. Morris believes the focus on craft is key to the agency’s success. "Every campaign has a strong focus on craft. This is in contrast to Dare, which was very digital and very focused on technology and the end product," she says. It is an approach that resonates with Pope, who explains that the "devil’s in the detail" when it comes to ensuring the best creative sees the light of day.

"There are so many interesting briefs and we will grow the more work we do," Morris says. The chance to work with a wide range of clients has always been top of the duo’s agenda. Yet the agency’s collaborative approach does have a drawback – the struggle to get that ever-elusive thinking space at its Paddington HQ. "The layout of the building doesn’t allow any privacy for creative teams so sometimes it is hard to find a quiet area," she says.

The duo is sanguine when it comes to the challenges facing female creatives in the industry. Morris says: "I don’t think we have experienced any barriers in our career together. It is a really exciting time to be a female creative." 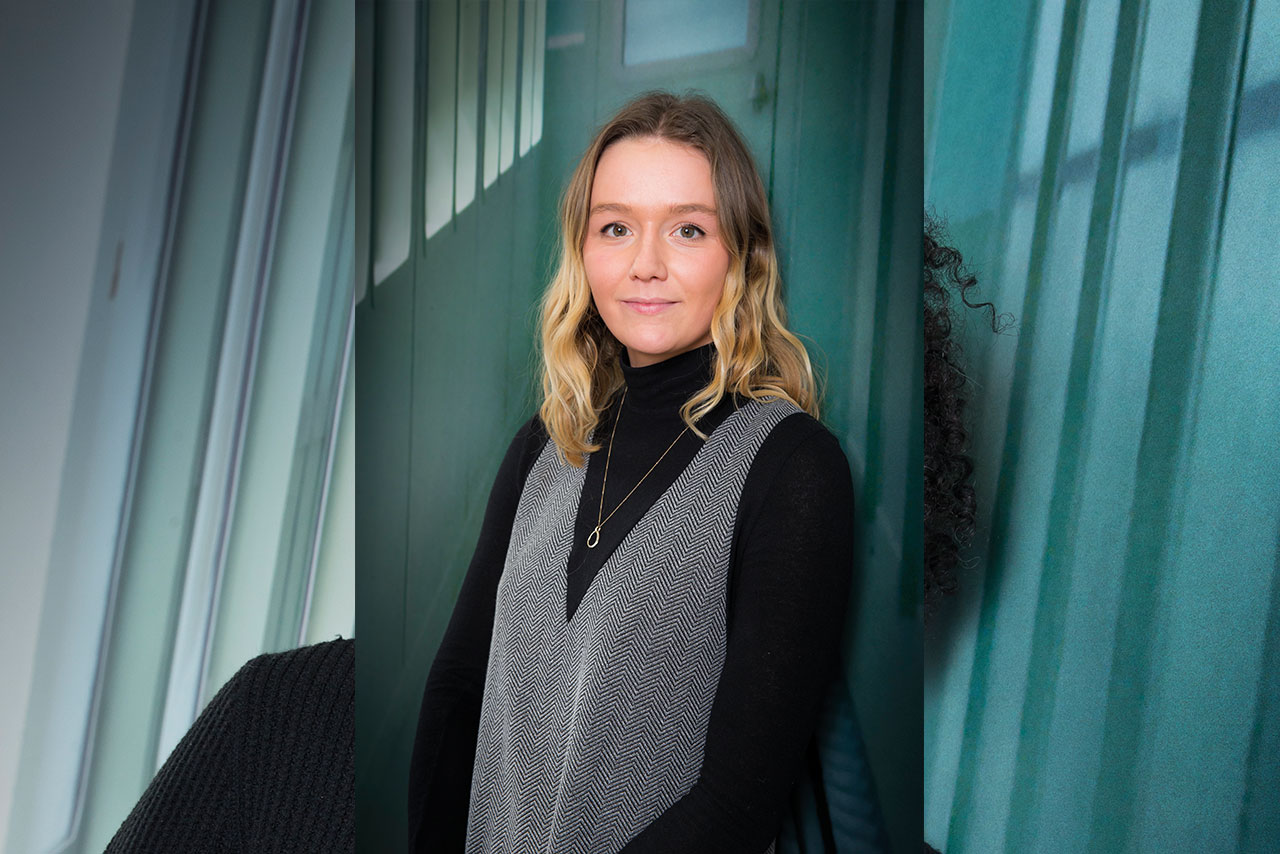 Rachel Pinfield worked at Colgate-Palmolive for more than a year before moving to A&E/DDB as an account executive in 2016. She works mainly on Lloyds Bank and Halifax and, when not focusing on them, Pinfield is involved with the agency’s Eve initiative, which champions gender equality in the agency and the wider ad industry. She also manages the slightly smaller but no less enjoyable task of co-running the agency book club.

"When I worked client-side, it became very clear to me very quickly that I wanted to get more involved in the creative," she explains. "Everyone here is incredibly hard-working and giving of their time but no-one is ever too busy to offer advice." According to Pinfield, what sets A&E/DDB apart from its rivals is "bravery" in that the agency knows what will make an impact and is committed to getting the best work out of the door.

But this commitment also brings challenges. As Pinfield explains: "We have a real ‘what’s next ?’ approach, which means sometimes we don’t get as much time to enjoy the successes." Indeed, there are few agencies that upon hearing they had won Campaign’s Ad Agency of the Year award would spend the afternoon discussing how they would retain it.

Pinfield experienced a few culture shocks when she first joined the agency. "Coming from the client side, it was quite a surprise to find there weren’t any offices but it is reflective of the lack of hierarchy," she explains. Indeed, Pinfield has no regrets when it comes to leaving behind the perks of client life (such as subsidised toothpaste) to embrace the collaborative culture of A&E/DDB. She explains: "It is not about being here all hours of the day, it is about doing your best work and taking the opportunity to get involved with a broad range of opportunities." 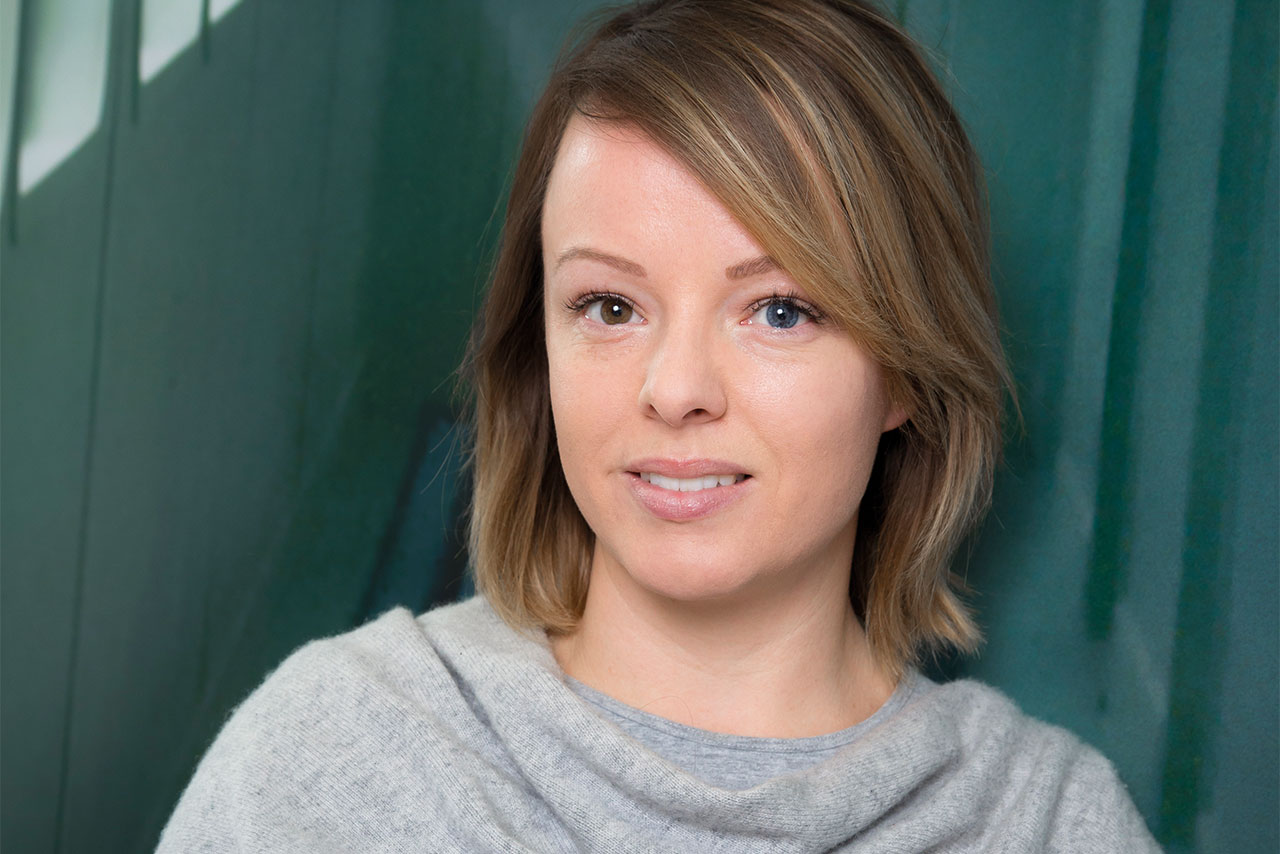 As head of innovations, Karen Boswell is tasked with driving change and ensuring innovative thinking is applied to every discipline and idea across the business. She has more than 15 years of experience covering the full marketing spectrum and specialises in digital brand transformation. Using technology as an enabler, Boswell is focused on planning, shaping and leading strategies and solutions to meet the needs of the "always on" consumer.

Boswell, who has been at the agency for two years, is a regular speaker at industry panel events and a winner at the 2016 Women of Tomorrow Awards.

"The sheer creativity of the agency is the most attractive part of the company but the constant challenge is to be pioneering. Bravery is not about resting on our laurels, it is about listening to our audience and constantly looking to integrate," she says.

"We push every client when it comes to innovation," Boswell explains, adding that while every client is at a different stage of the journey, there is a relevant question that every brand should be asking. She believes that brands are "often behind their consumer" so innovation needs to focus on enhancing the consumer experience and staying ahead of the curve. It’s a shift that demands agencies adapt their approaches to finding talent: "Jobs like mine didn’t exist 20 years ago. Relying on rigid structures and the way things are would make it hard to attract and find the best talent."

With this in mind, Boswell is working to remove "archaic" perceptions of what the advertising industry is like to work in. She employed a 17-year-old while at AKQA and is looking at ways to revise the criteria for getting that all-important first job. "We have a brilliant client list and award-winning work but we don’t always reach the levels of diversity we need," she says.

The benefits of marketing to a wide target audience

MediaCom's Karen Blackett is a new breed of leader