That’s some damn good OOH. Damn good. Clean and simple with a masterful play on words.

The team helped launch three new brands under the largest indie ice cream and frozen dessert manufacturer, Wells Enterprises. Southern California is now adorned with sexy ads for Cold Crush, Farm to Spoon and Kingston Fruit Bars. The latter is among the most eye-catching for its literal take on "half" to push its sugar free agenda. 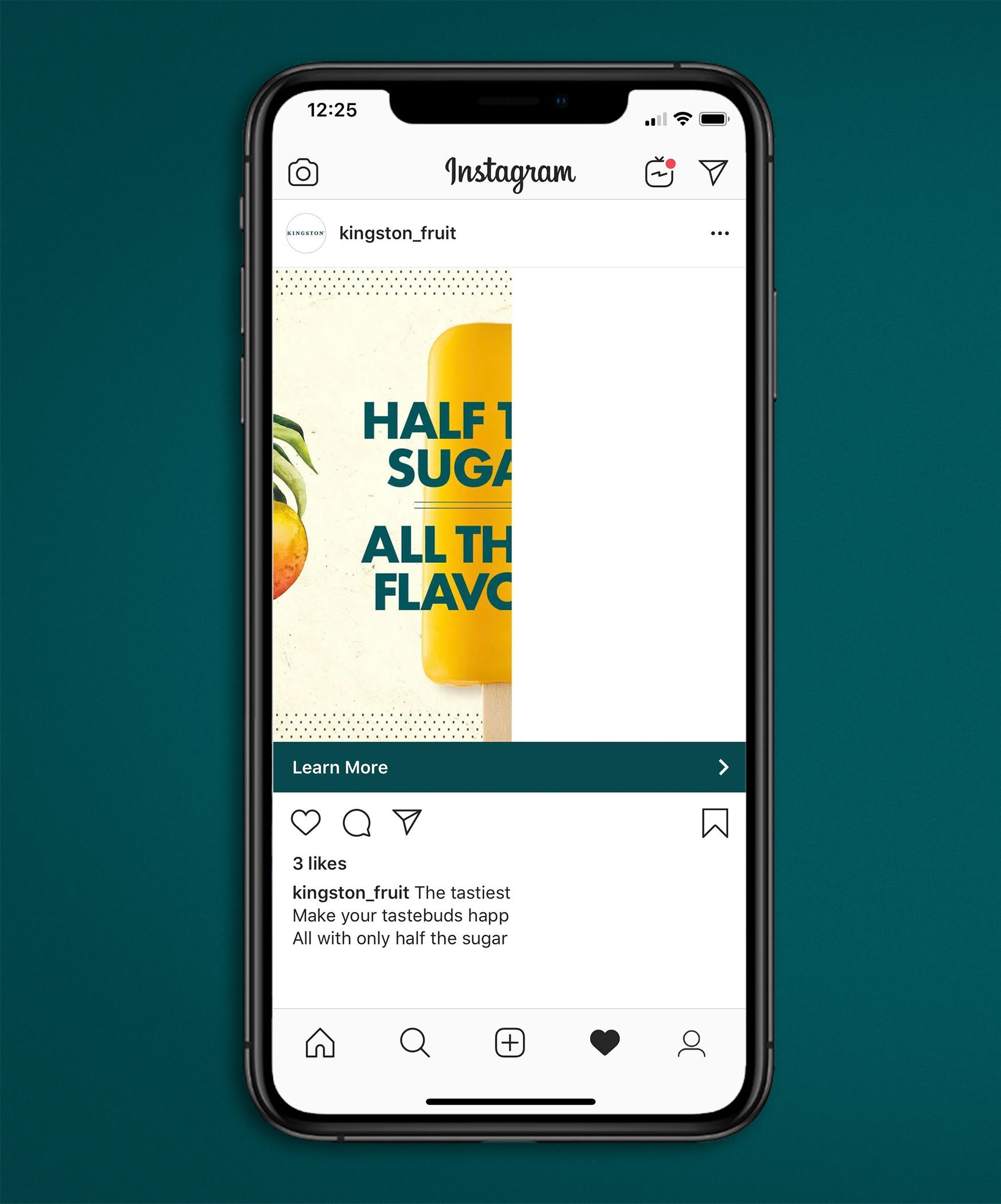 "Believe it or not, the half billboards cost more because they had to add steel infrastructure to support only half an ad," said Deacon Webster, chief creative officer and co-founder at Walrus.

"People have been joking that a sugar free version would’ve either cost us a fortune or nothing at all."

The ads were placed on all major arteries around the brand’s top locations and the campaign included geo-targeted Instagram which also had some clever half copy in the body of the post.

Hats off to you Walrus. Keep slaying.