Bullish is behind the new bold effort that calls out Tim Cook.

Light Phone – a minimalist product often referred to as the anti-smartphone – got people to look up from their iPhones and Androids for a minute with its new cheeky ads addressed to Apple CEO Time.

The company took out a full-page ad in The New York Times on Sunday to promote the new Light Phone 2, but rather than talk about the product’s specs or prices, the ad included a handwritten message to Apple CEO Tim Cook.

"You recently said, ‘We don’t want people using their phones all the time,’" the print ad states. "Right on. We couldn’t agree more. And it got us thinking…Are we all using our phones the wrong way, or is maybe the device part of the problem?"

The ad continues to feature other public quotes from Cook, such as, "You also said – can we quote you? – ‘If you’re looking at a phone more than someone’s eyes, you’re doing the wrong thing.’"

Creative shop and incubator Bullish is behind the bold spots.

"Technology's relentless desire to create what's next has people spiraling in so many concerning ways. Multiple studies show that people don't have a healthy relationship with technology right now. With Light Phone, we see a worthy mission and product designed to help you step back," said Brent Vartan, managing partner of Bullish.

He added: "'Dear Tim' is less of a campaign launch than it is an unveiling of a desire to have a healthy dialogue on an issue that even the biggest enablers publicly say they worry about."

In addition to the print ad, Light Phone took out billboards with select quotes in New York City and San Francisco. And the brand isn’t holding any punches, having included two billboards near Apple’s office in Cupertino, California in its media plan.

The goal of the campaign? To create awareness and sell units. According to Bullish, Light Phone was already at 82 percent of its sales goal just a few days into the campaign launch. 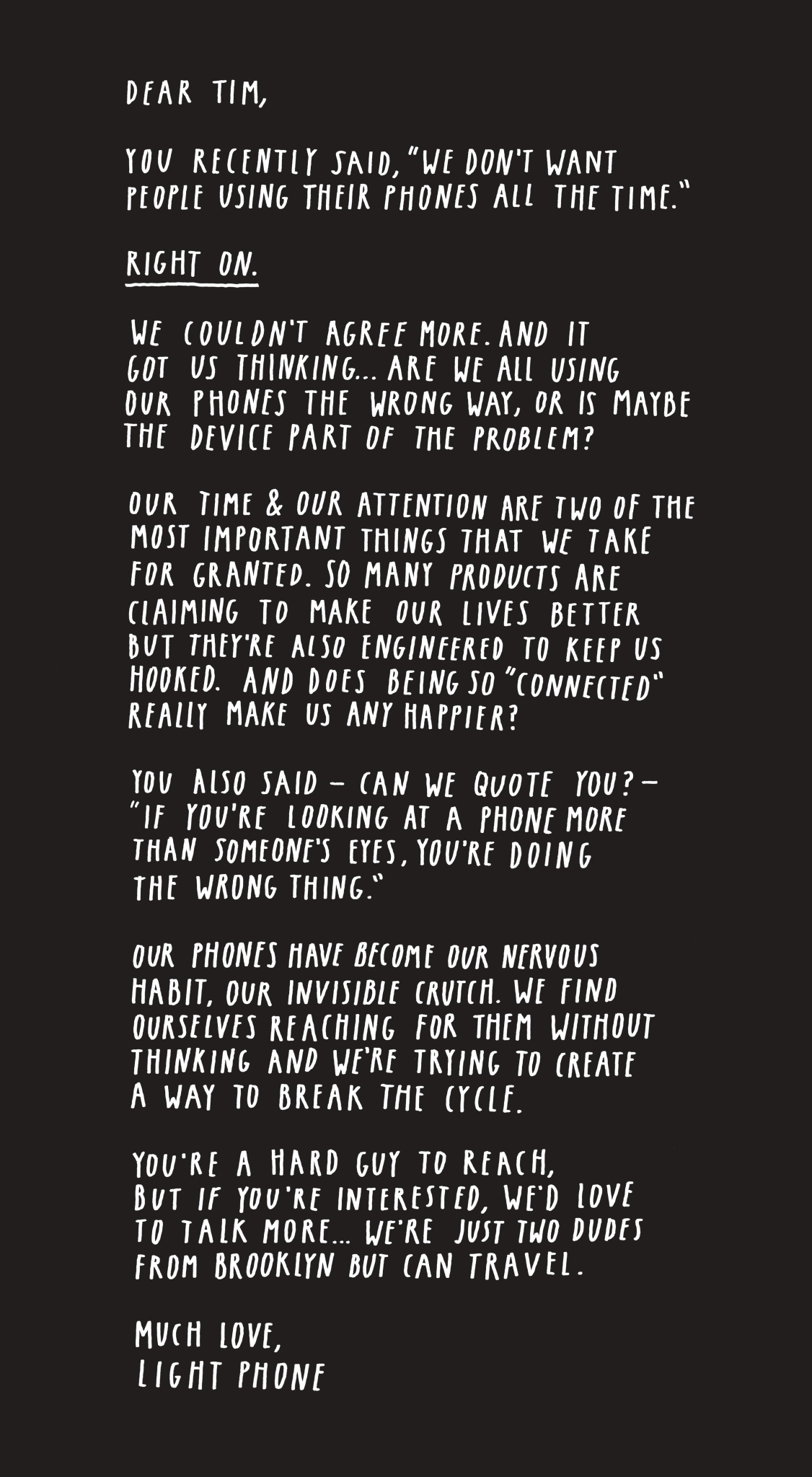 Ad of the Week: Keystone Light nails its demographic with free rent drive