A winning combo of comedy and authenticity, right down to the accents

Droga5’s latest Johnsonville sausage campaign takes the agency’s commercial-within-a-commercial approach to a new level. The agency won Silver at Cannes in 2015 for "Band of Brands Mega Ad," the Newcastle Brown Ale Super Bowl ad spoof. In the new Johnsonville ads, Droga5 asked company employees to come up with their own commercial ideas, and the results are pure entertainment.

The first two ads of this campaign aired last week with the tagline "Made the Johnsonville Way," and both performed quite well in Ace Metrix testing. One, from the mind of a 20-year tenured employee, "Jeff and His Forest Friends" by Jeff, feels incredibly authentic to both Jeff and the brand, right down to the Wisconsin accent. With an Ace Score of 641 (on a scale of 1-950), the ad is nearly 5% above the Meat category norm.

The highly imaginative ad parodies high-speed chase scenes we’ve seen in hundreds of movies, and manages to capture the excitement and combine it with humor. As Brett, our narrator, says, "There’s lots of drama," from semis to bikers to sports cars to grandmas on scooters. It’s interesting to note that the ad showed even stronger performance among women than men, as well as those with children at home — perhaps an indication that the whole thing is good-natured wholesome family fun. Midwesterners and Southerners connected with the ad more so than East/West Coasters. Understanding regional tastes is a component to ad effectiveness that shouldn’t be overlooked.

If we look at the Ad Personalities of both new ads, we see both delivered on the keys to Breakthrough, Likeability and Attention, while also driving Desire. Of course, high Desire is fairly common in food ads. The ads fall short in delivering information and being relatable, but those may not be the key objectives here. Of the 21 Johnsonville ads Ace Metrix has tested since 2010, these are not only the two top scoring, but they are the highest achievers in Breakthrough that we’ve seen. 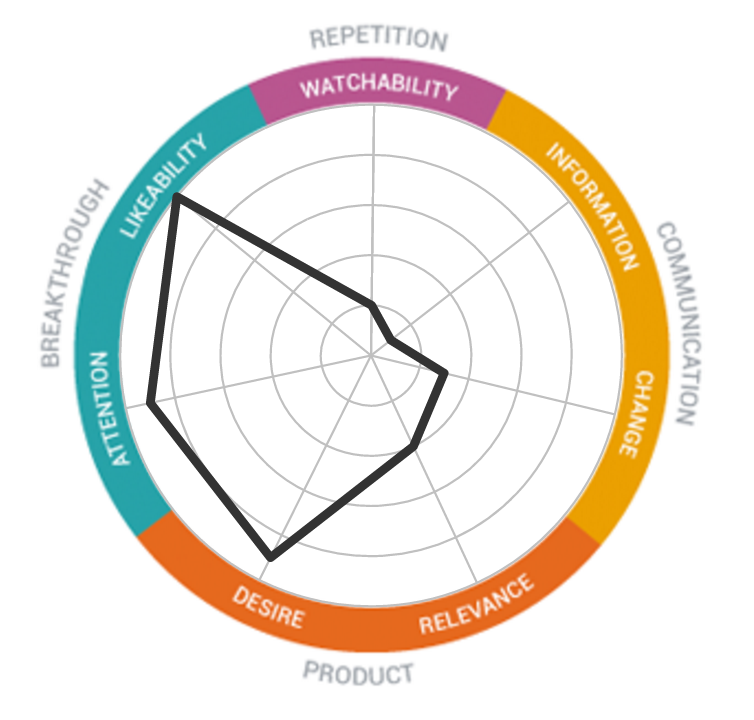 "Jeff and His Forest Friends" by Jeff 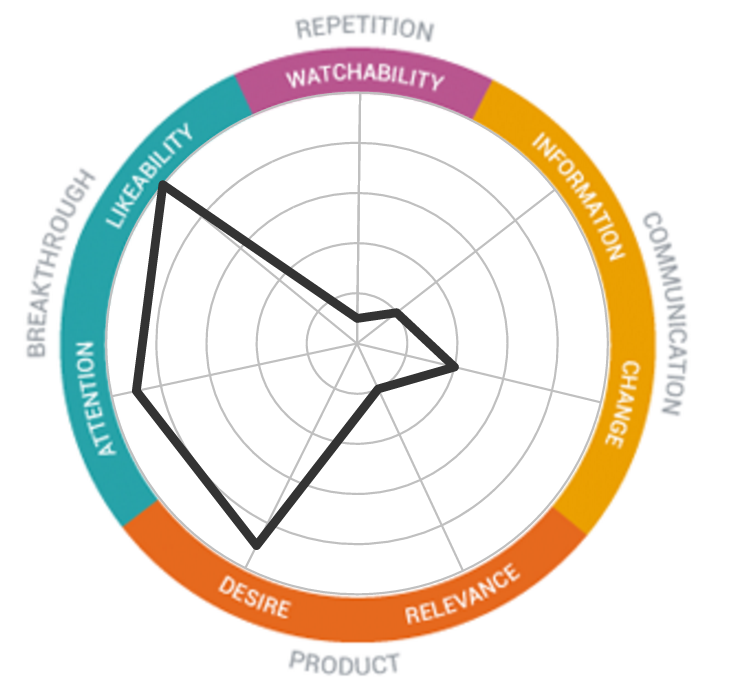 "Regular Speed Chase" by Brett succeeds with consumers on multiple levels. The idea of company employees coming up with the concepts gave the ad a genuine feel. Said one Midwestern woman 36-49, "Awesome ad! I love that the people who are employed by them are the creators behind the commercials." Another viewer, this one a Southern male 36-49, commented, "Nice ad, very original, and I like that it also features a real employee of the company."

Looking at the emotional appeal of the ad, another must for brands attempting to truly connect with viewers, we see Brett’s vision delivered on humor. In the emotional word cloud below, taken straight from viewer verbatim remarks, "funny" clearly dominates, with "laugh," "humorous," and "hilarious" coming through as well. While words like "great" and "love" demonstrate affinity, it’s the combination of humor and words that show the viewer was hooked, like "interesting," "clever" and "unique" that make the ad stand out. 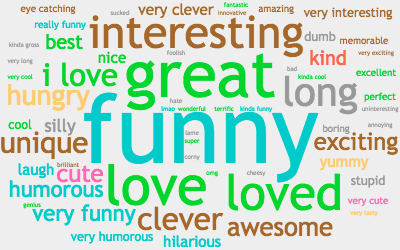 Around this time last year, we saw Droga5’s first Johnsonville campaign, with the tagline "We don't make sausage. We make family. And sausage." Those ads were funny, with quirky impressions of family meant to drive home the point that sausage brings people together, but the ads were not as effective as this year’s offering. The top ads, a Sopranos-like spot with Mafioso undertones and one with a would-be family matriarch who turns out to be a drifter, lacked the breakthrough qualities of Brett and Jeff’s ads, and were more polarizing. They had a higher Watchability score, but that’s common with 30-second vs. 60-second ads.

Creative storytelling in ads is an art form and using these employee-generated ideas is a fresh and welcomed approach. Let’s hope for more of these from the Johnsonville family, as they’re likely to be equally entertaining and effective for the brand.

Jason Zazzi is vice president of marketing with Ace Metrix.