Brazilian brewing company Ambev wants people to create a more sustainable future for everyone — and they practiced what they preached. The spot, created by Sunset DDB (part of DDBLatina), tells the story of a plastic water bottle thrown on the ground during a Carnival block party. The bottle spends the night on the street, but luckily it’s saved by a man who takes it to a recycling center.

Later, the man has a sweet reunion with the bottle, but this time it's been recycled into a trash can. “Some things are forever. Plastic pollution cannot be one of them,” the message reads. The set for the spot was created with recycled materials like plastic and cardboard. Even the audio was produced by recyclable materials collected during Carnival in Brazil. All the material used in the short film will also be turned into a trash can. 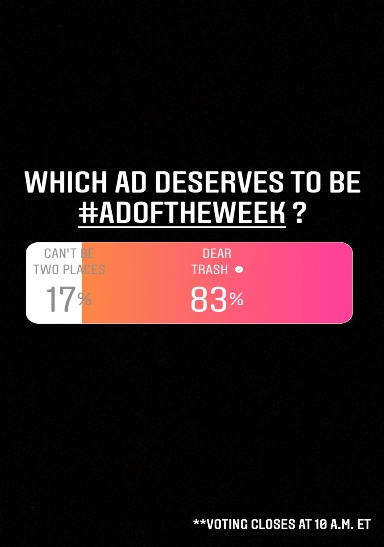