A trio of London-based creatives has created a set of skateboard decks featuring obnoxious-looking caricatures of popular hate figures that are designed to be intentionally defaced.

Dal Almeida, Ben Buswell and Liam Buswell made their first board, featuring the face of Brexit figurehead Nigel Farage, around the time of last year’s referendum.

They later created a Trump design, along with three irritating celebs for the less politically engaged: Kanye West, Miley Cyrus and Justin Bieber.

The trio have now launched a business to sell the decks, called Hateboards. They are available in a number of retailers across the UK.

Almeida said: "The reason the idea has got a lot of traction in the design and skate world so far is that skateboards usually have beautiful graphics you don’t want to scrape off grinding. These boards are counter intuitive to that making them portable protest signs."

The brand's website reads: "The underside of a skate board. A shadowy place, where all sorts of horrible shit happens. From grinding grubby rails to kick flips from broken trainers. The ideal canvas for the face of someone you hate. That special someone who you’d like to give a smack.

"Hate Boards wanted to help you skaters and haters channel that rage into a force for good. You know like therapy without the need to lie on a big leather sofa, cause that’s lazy. So give in to a bit of your dark side. Break your board and skate that hate away."

Almeida is an art director at Abbott Mead Vickers BBDO and Ben Buswell a creative at Grey London. Hateboards is a side project. 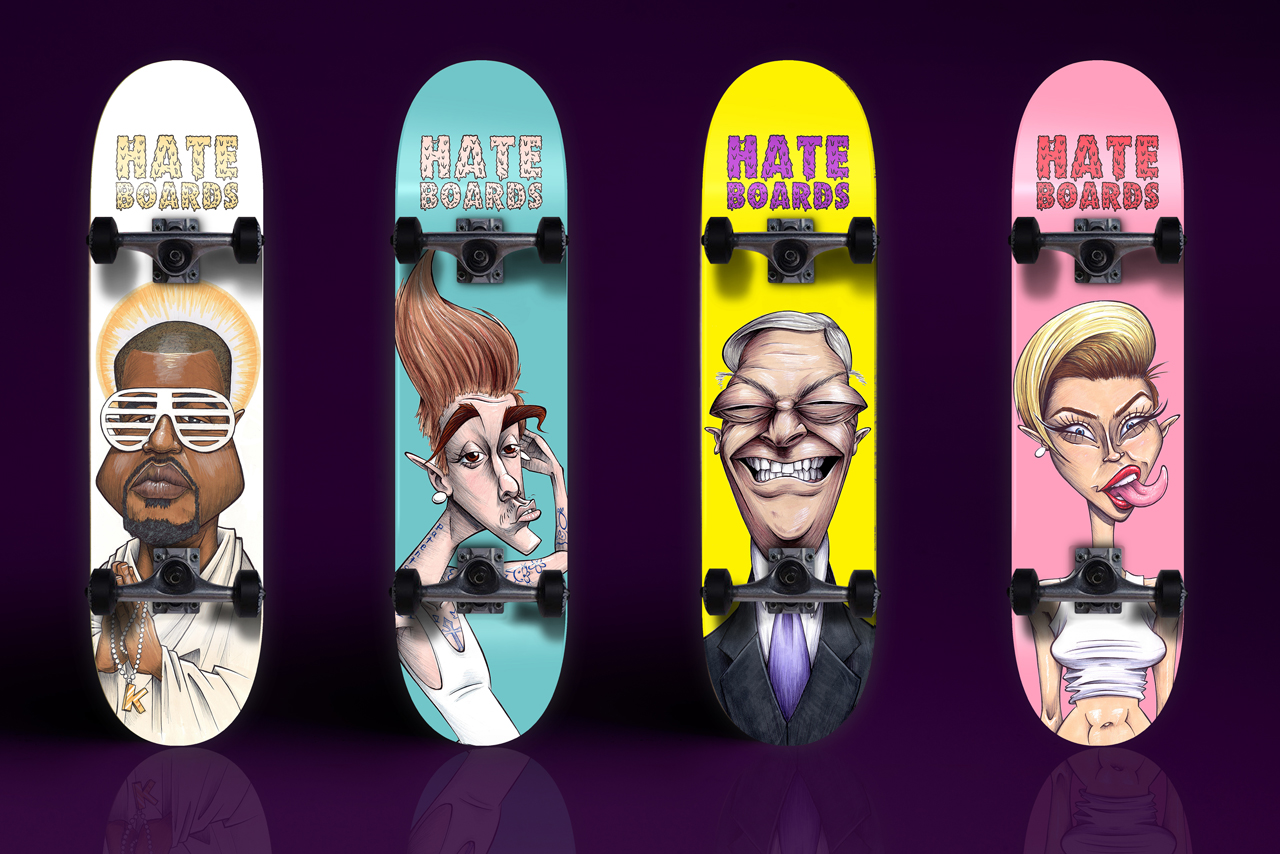 Microsoft joins Amazon and Expedia in lawsuit against #muslimban

Remainers are 'changing mind' about Brexit despite hit to ad industry

What can your brand learn from Kanye, Beyonce, Ed and Adele?

Like the Trump and Farage skateboards? Now get the action figures