Taking over three minutes of an ad break for just one brand can come across as excessive, but broadcasters, advertisers and media agencies are increasingly looking to strike such deals in an attempt to give the viewer something different.

In a world where ad-blocking, ad-skipping and online viewing are on the rise, broadcasters know they need to raise their game and prove that TV can build brand fame in a way that mobile and online channels still struggle to do.

ITV hopes to break new ground when 11 brands take part in a single royal-themed ad takeover during its live broadcast of the Queen’s 90th birthday celebrations on 15 May. The two-and-a-half-minute ad will have a street-party theme and was filmed on the set of Coronation Street.

Victoria Findlay, head of campaign management at ITV Creative, describes it as "our most ambitious takeover to date". Last year, during the Text Santa charity show, ITV aired a knitted commercial break featuring six brands that agreed to remake their ads with puppets.

"Text Santa demonstrated that contextually relevant takeovers have enormous impact," Findlay says, adding that "appetite from advertisers" was "higher than ever" for the royal-themed break.

ITV was open about how it took inspiration from the award-winning Lego Movie ad break – devised by PHD in 2014 – in which six brands remade their spots with Lego characters.

There is evidence that ad-break takeovers can lead to brand "talkability". Ronseal took over a three-minute break during Channel 4’s Gogglebox last month with a spot that featured a man painting a fence and then admiring his work.

The hashtag #RonsealAdBreak reached the top trend on Twitter that evening. But the jury is out on whether it was a gimmick – the three-minute film had 60,000 views on YouTube after one week.

There are other ways to engage an audience. Last Friday, Channel 4 helped PlayStation take over a break during Gogglebox that showed footage of a new video game, Uncharted 4: A Thief’s End, and asked viewers to tweet the answer to a question. The winner was announced in the final break.

Chris Hirst, chief executive for UK and Europe at Havas Creative Group, says there is an easy test to see whether an ad takeover is a gimmick: "If it’s a case of doing a longer version of something that wasn’t very interesting to start with, don’t bother." 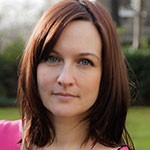 Victoria Findlay, head of campaign management, ITV Creative
"They are a great way to innovate in commercial airtime. They give brands huge creative scope and our research has shown that they really resonate with viewers." 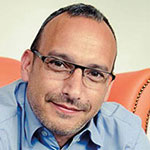 Daren Rubins, chief executive, PHD
"In a world threatened by ad-blocking and questionable attention levels, this is just one of many levers we have to improve people’s experience of advertising – and that has to be a good thing." 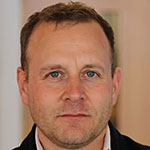 Chris Hirst, chief executive, UK and Europe, Havas Creative Group
"Like anything, done badly, they are a gimmick; but done well, they can be fantastic. The challenge is, of course, that few ads are worth extending beyond 30 seconds, never mind to three minutes." 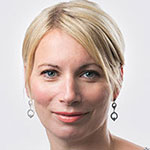 Pippa Glucklich, UK chief executive, Starcom
"For a relevant brand delivered in the right context, takeovers can deliver a standout immersive experience. If a takeover is used gratuitously to deliver eyeballs, then there are more effective ways to spend your budget."

Could legislation solve the problem of ad-blocking?

Twitter to exclude photos and links from 140-character count