Accenture Interactive started life a decade ago as the proverbial sketch on the back of a fag packet. Now, as part of a new breed of consultancies taking on traditional agencies, it has revenues of $8.5bn, a staff of more than 25,000 and an avowed focus on creativity. Where next for the 'experience' agency?

Accenture Interactive began in a bar with an idea sketched out on napkins and place mats. It was 2009, the financial markets had crashed and Glen Hartman, then a recent recruit to Accenture, went out with some colleagues. "We all like to drink," he says, recalling their visit to the bar at the Hilton in mid-town Manhattan, close to the consultancy’s New York office.

They were part of a small incubator group, called New Businesses, which had a remit to come up with what Accenture calls "strategic growth initiatives". Digital marketing was taking off and Hartman and his colleagues, who included Anatoly Royman and Baiju Shah, saw an opportunity that was "based on one premise". As he puts its: "Marketing in a digital world was starting to become inextricably linked to technology and data."

Accenture’s work at the time was "mostly based on serving the chief information officer and mostly focused on back-office systems like finance and administration", Hartman says. The big idea was to take "all those things we’ve been doing for the back of the house" – handling "big complex projects", "global delivery" and "change management" – and "do something like that for the chief marketing officer", who was focused on the "front of the house" and the customer.

As the alcohol flowed, the incubator team drew a series of concentric circles on one of the place mats. One circle contained words like "marketing", "branding" and "creative", other circles featured "data" and "analytics", and at the centre were "omni-channel" and "touchpoints".

And that was the catalyst for Accenture Interactive – a new breed of agency that could manage every touchpoint of the customer experience. "That was the vision," Hartman, who kept the place mat as a memento, says.

About six of the team wrote the business plan and Accenture Interactive launched in September 2009 "to provide solutions that integrate consulting, technology and analytics  to enhance marketing performance". There was a belief, even then, it could be "the new growth engine" for Accenture itself, Hartman says.

A decade on, Accenture Interactive has annual revenues of $8.5bn (£6.7bn) and more than 25,000 staff. Hartman, now senior managing director of North America, says: "It’s remarkable – and I say this with humility – how close the initial vision was to where we are today."

One change, however, is that Accenture Interactive initially bought and licensed technology but soon switched to selling services such as email campaigns, customer relationship management and ecommerce that sat on top of platforms such as SAP, Salesforce and Adobe.

Some of Hartman’s co-founders are also still involved. Roytman is senior managing director of Europe, Africa and Latin America, and Shah is co-lead of design agency Fjord, one of about 30 acquisitions over the past decade.

Clarity of vision and continuity of leadership have helped Accenture Interactive to become the most disruptive entrant in global marketing services since WPP in the 1980s.

Its ambitions keep growing under global chief executive Brian Whipple, who joined in 2010. Accenture Interactive made its biggest acquisition to date this April, spending an estimated $475m on Droga5, the most awarded independent agency at Cannes Lions in 2015, 2016 and 2017.

The Droga5 deal followed the purchase of other creative shops, including Karmarama and The Monkeys, and sent a powerful message that Accenture Interactive was putting creativity at the heart of its offer.

Accenture Interactive positions itself as "an experience agency of record" – a buzzphrase that Roytman first articulated in 2017 – and Hartman is convinced this focus on what he calls "The Big E" is what clients need.

"Accenture Interactive is about one thing: we help our clients create, deliver and run the best experiences on the planet for their end customers," he says. "Creative and advertising is a big part of that experience" because it creates an "emotional connection" between the brand and the consumer that can "live throughout the entire experience" from end to end, Hartman adds. This was the rationale for buying Droga5, which now reports to him.

"The way we define this word ‘experience’ is different from the rest of the industry and it goes back to the way we started," he says. "I don’t want to pretend we had the word experience in the middle of those concentric circles [on that place mat in the bar] but it eventually evolved – in the same way that the CMO role evolved."

"Marketers use language like 'acquire' or 'convert'. When was the last time you liked to be converted? Never"
— Glen Hartman

Now, a chief marketer is likely to have broader responsibilities – hence the rise of the chief digital officer, chief customer officer, chief experience officer and chief growth officer, Hartman says. "We see more and more demand for this from customers [who expect a joined-up experience from a brand]," he says. "Therefore clients are going to have to learn how to do it and we’re here to help."

However, only a few brands, including BMW Group, Maserati and Radisson Hotel Group, have been announced as clients of the "experience agency of record" proposition.

He concedes "we are a little ahead" of demand "but the market is coming our way". Carnival Cruises, GlaxoSmithKline, H&M, Shell and Subway are among the clients that use Accenture Interactive in a significant capacity, if not as an end-to-end experience agency.

Many aren’t ready yet, according to Hartman, who says about 50% of companies are focused on defending their "old-school" business, 30% are actively looking to make better use of data, analytics and personalisation, and only 20% are engaged in "true transformation". Still, that’s a shift from five years ago when 10% were experimenting with data, analytics and personalisation and 5% were in transformation mode, he estimates.

Accenture Interactive wants to help companies that are looking at "fundamentally changing the way they do business" because Hartman claims it can "do stuff that [established] agencies can’t do in a million years". Holding companies are siloed with competing subsidiaries, while Accenture Interactive has one P&L and its disciplines and agencies are integrated in "a culture of cultures", plus it has the resources of its consulting parent, he maintains.

"If you have someone from strategy and design and creative and analytics and technology all sitting together, they can talk to the CMO, the chief sales officer and CIO [at the client] all at the same time – and magic happens," Hartman says.

Magic matters because "brands are a set of promises" and "the way that promise is delivered today is now through the experience". "The Big E" is about more than just experience. It is also about empathy and emotion, Hartman adds.

Empathy means creating experiences that are "relevant" and "meaningful" for consumers, rather than just marketing to them. "Marketers use language like ‘acquire’ or ‘convert’. When was the last time you liked to be converted? Never," he says. "Instead of convert, how do you help? Instead of acquire, how do you team up with a customer and get their input and understand how you can have the brand be a part of them [and their life]? This is the new creative."

Similarly, emotion is essential because of the importance of an emotional connection throughout the customer experience. Hartman gives the example of a would-be car buyer who is wowed by a car brand’s advertising but has a poor experience on a visit to a garage forecourt with an ill-informed salesman.

Technology and data are vital but they can only go so far without creativity and passion. "You can have the best email campaign and the best personalisation all day long – if it isn’t connected to something you care about, it’s never going to work," Hartman says.

What does the industry think?

Holding companies still have doubts about how much a consulting firm can be creative but have come to respect Accenture’s intent – more so than that of Deloitte Digital, its biggest rival.

"Accenture’s acquisition of Droga5 illustrates the importance of creativity and is a validation of our recommitment to it," Mark Read, chief executive of WPP, says. Although he also finds it "ironic" that investors welcome Accenture’s move into marketing services but are bearish about agency groups.

"I hope Accenture will succeed," Arthur Sadoun, chief executive of Publicis Groupe, has said, because, he argues, "we are in the same race, starting from a different point" in terms of unifying the customer experience.

When Sir Martin Sorrell was running WPP, he said that the company rarely came up against Accenture in pitches but Michael Roth, chief executive of Interpublic, warns of "hidden competition". Accenture Interactive’s parent already works for the chief financial officer or chief information officer and is winning "those pitches that we don’t really get to see", Roth says.

Lucinda Peniston-Baines, co-founder of intermediary The Observatory International, says clients are "actively requesting" the inclusion of Accenture Interactive and other consultancies on more pitch lists. "The reality when they put themselves up against other shops is most of these consultancies are left a little wanting because of their less-developed brand storytelling creative credentials," she says. However, she also points out that Accenture Interactive "has the potential to be a very powerful proposition".

Peniston-Baines believes it is making more headway in data and one-to-one personalisation at scale. The challenge is to marry that datadriven approach with high-quality creative.

David Indo, chief executive of intermediary ID Comms, has found Accenture Interactive "a bit clunky" and "unsophisticated" and says its move into programmatic media has yet to gain traction. "Their pure-play transparency model makes them much more expensive [than media agencies]," he claims. Indo reckons Accenture Interactive is "playing the long game" to prepare for when most media-buying is auction-based. "I wouldn’t bet against them," he says.

Accenture Interactive has financial firepower because its parent is valued at $120bn and rising – about eight times the size of WPP or Omnicom – although "we never talk about competing with the holding companies", Hartman insists.

There is still "plenty of work" for holding companies, he says, but they must adapt, because a lot of clients are "changing the definition of agency of record" to go beyond advertising and marketing. 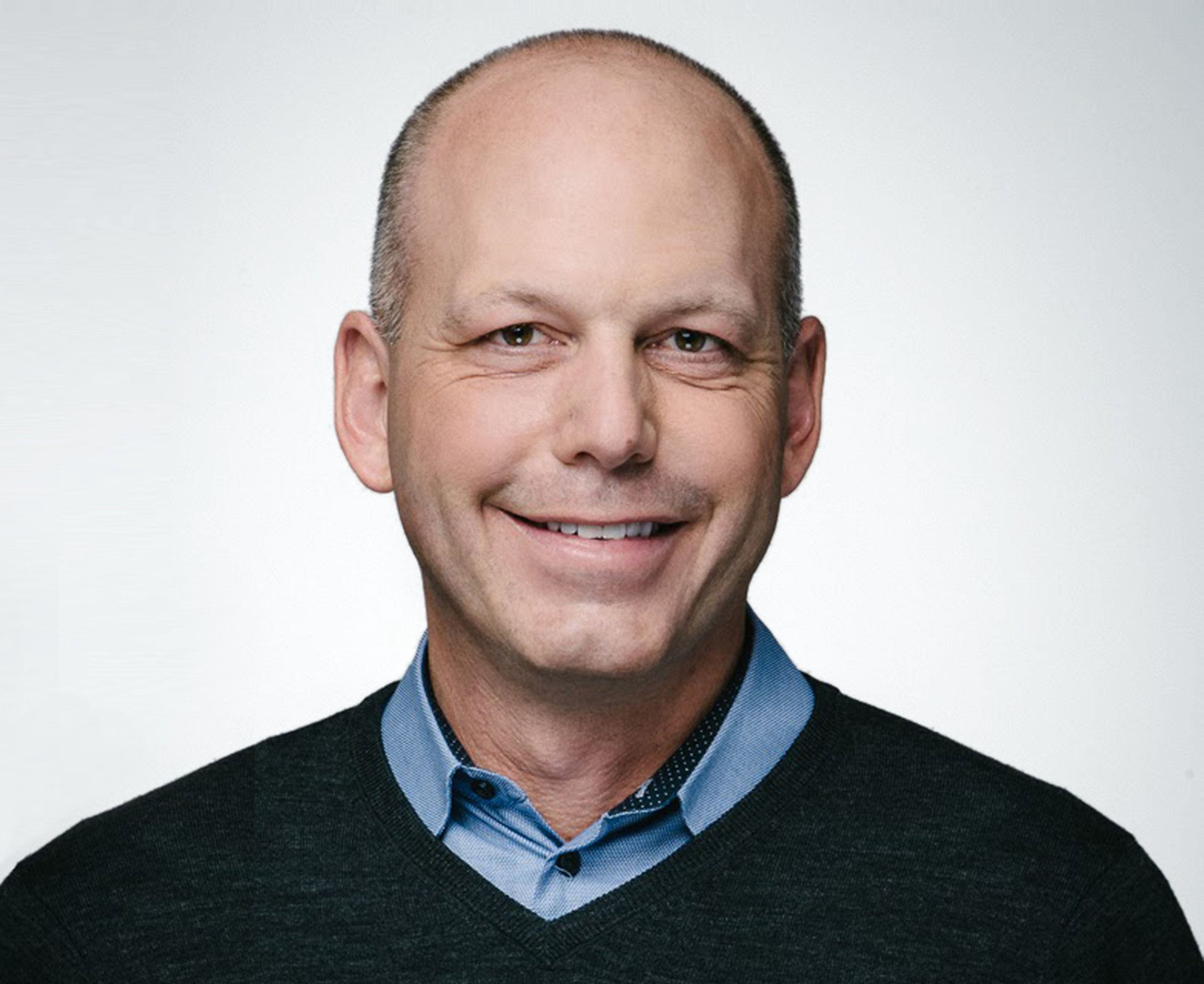 Hartman (pictured, above) says: "Today, our number-one competitor is still inertia within a company – are they [clients] willing to get into this experience boat? That’s about the only thing stopping us or slowing us." Even so, he adds: "Our growth is about three times what the market is."

And what might Accenture Interactive do in 10 years’ time? Hartman’s prediction is "experience with purpose" such as improving healthcare.

That means "making people’s lives better, not just working with clients to sell people more crap, which is what everyone else is doing and that’s how they define growth," he says. "We will define growth by purpose and that is a whole other thing that will capture the imagination of clients and their end customers."

The proof, as Accenture Interactive would say, will be in the experience.

Does the ad industry lack empathy?

WPP: 'Sacrificing' pay rises for staff in favour of profits was a mistake

There are many ways to make media agencies relevant again

Arthur Sadoun: integrating Epsilon will not be a challenge like Sapient

Can Droga5 maintain its creative culture after Accenture's acquisition?