So creative it's scary.

Damn. You guys turned up.

Leave it to adland’s creative agencies to take All Hallows’ Eve to the next level with spicy garb and absolute squad ghouls.

A tip of the overpriced Spirit witch hat to all of you.

Here are some of our must-sees: 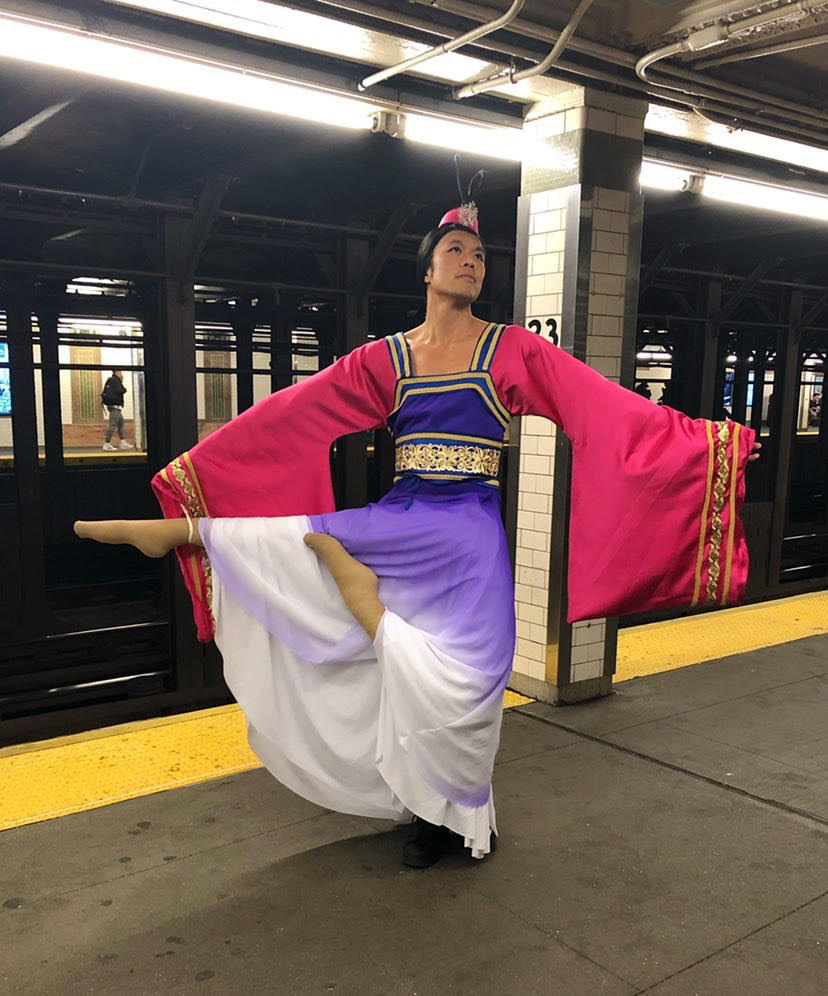 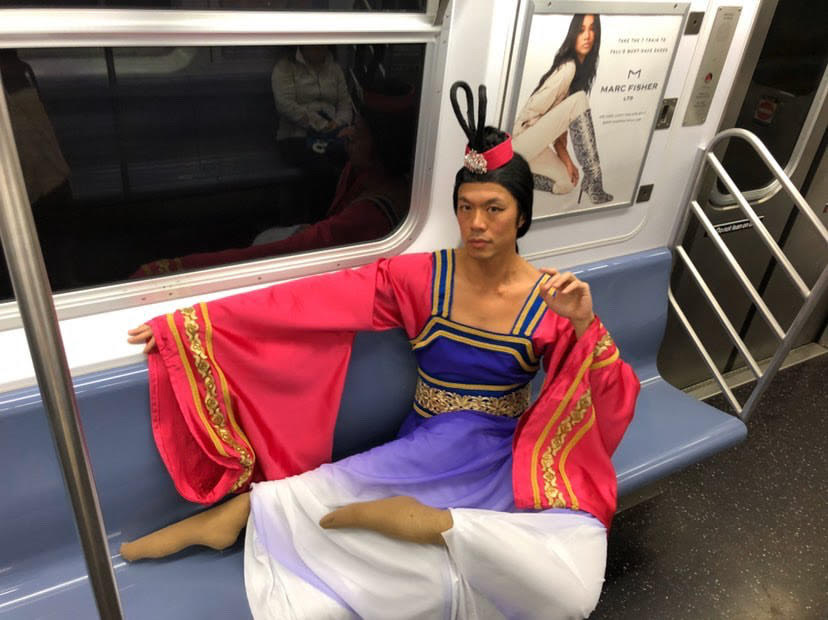 "Like most people living in American cities, I was bombarded with ads for Shen Yun and especially that woman in the poster who seems to float endlessly. So I figured I would create the live, experiential version. The legs were a key component and a hoot to pose with. I really didn’t expect this much attention. I even got a DM from an ex dancer. Now I’m just waiting for my comped ticket to the show."

Previous Halloween numbers include "cigarette in mouth," "Mary J Blige" and "bjork at a Chinese restaurant." Each one an unapologetic schooling in how to slay. 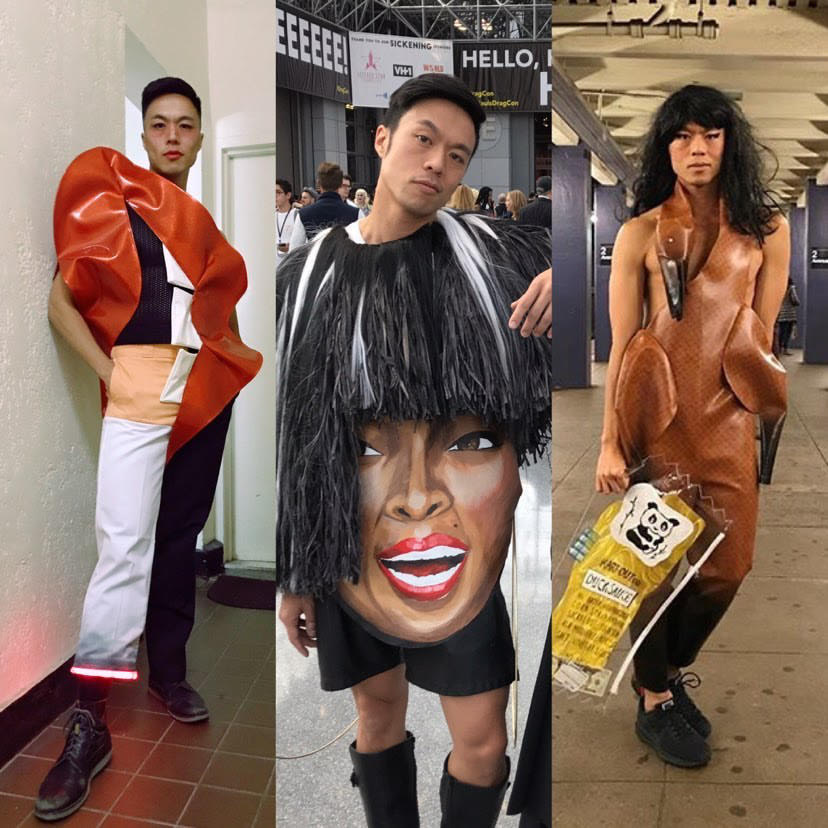 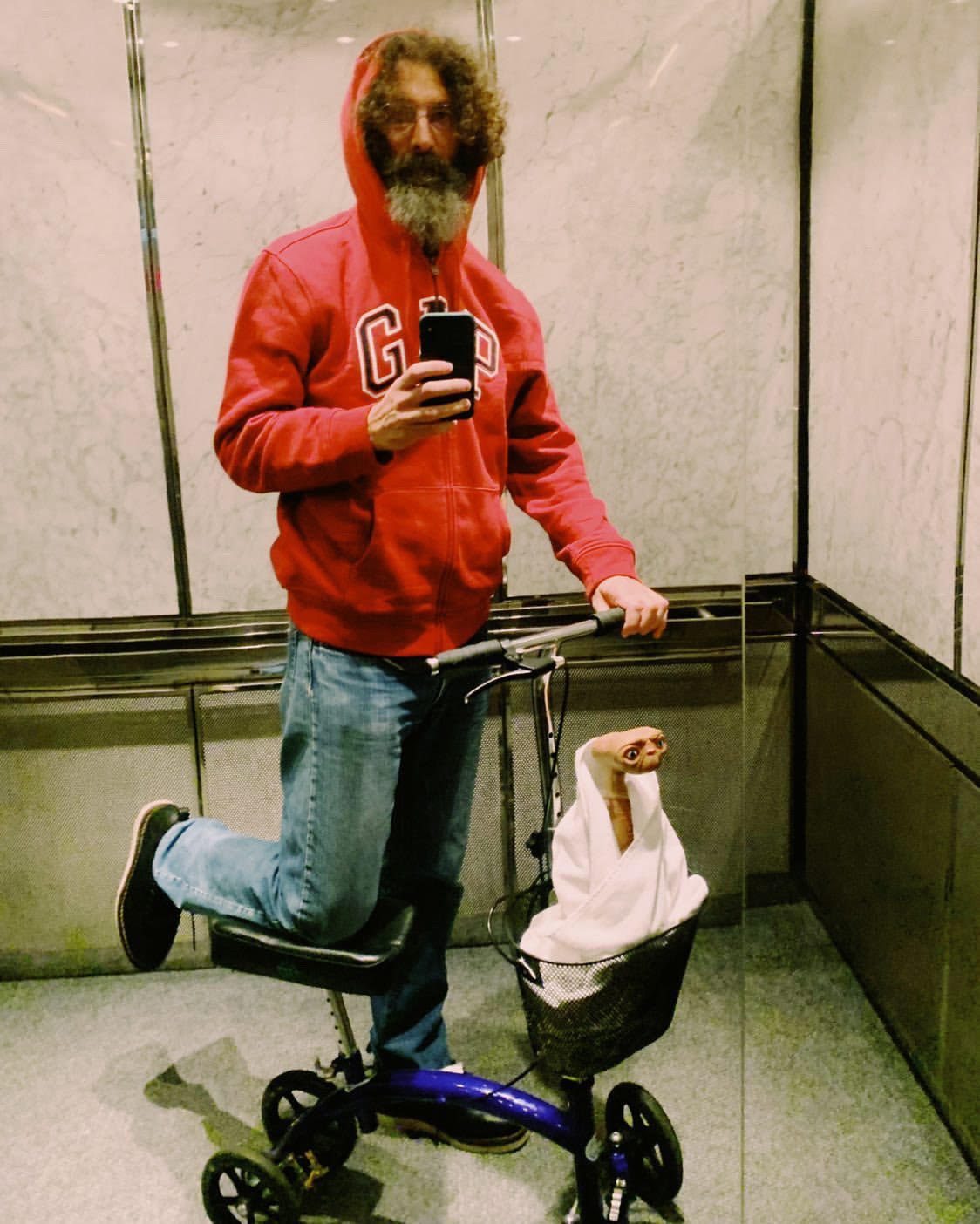 "Halloween for me is living nostalgia mixed with today. This year’s outfit uses my broken foot and the feature in my client’s new holiday campaign -- the red GAP hoodie." 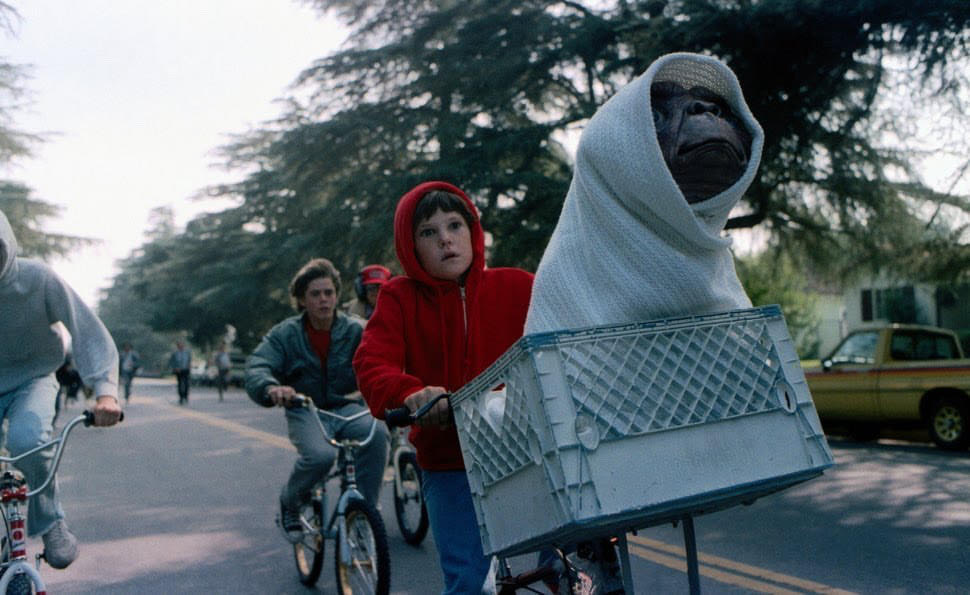 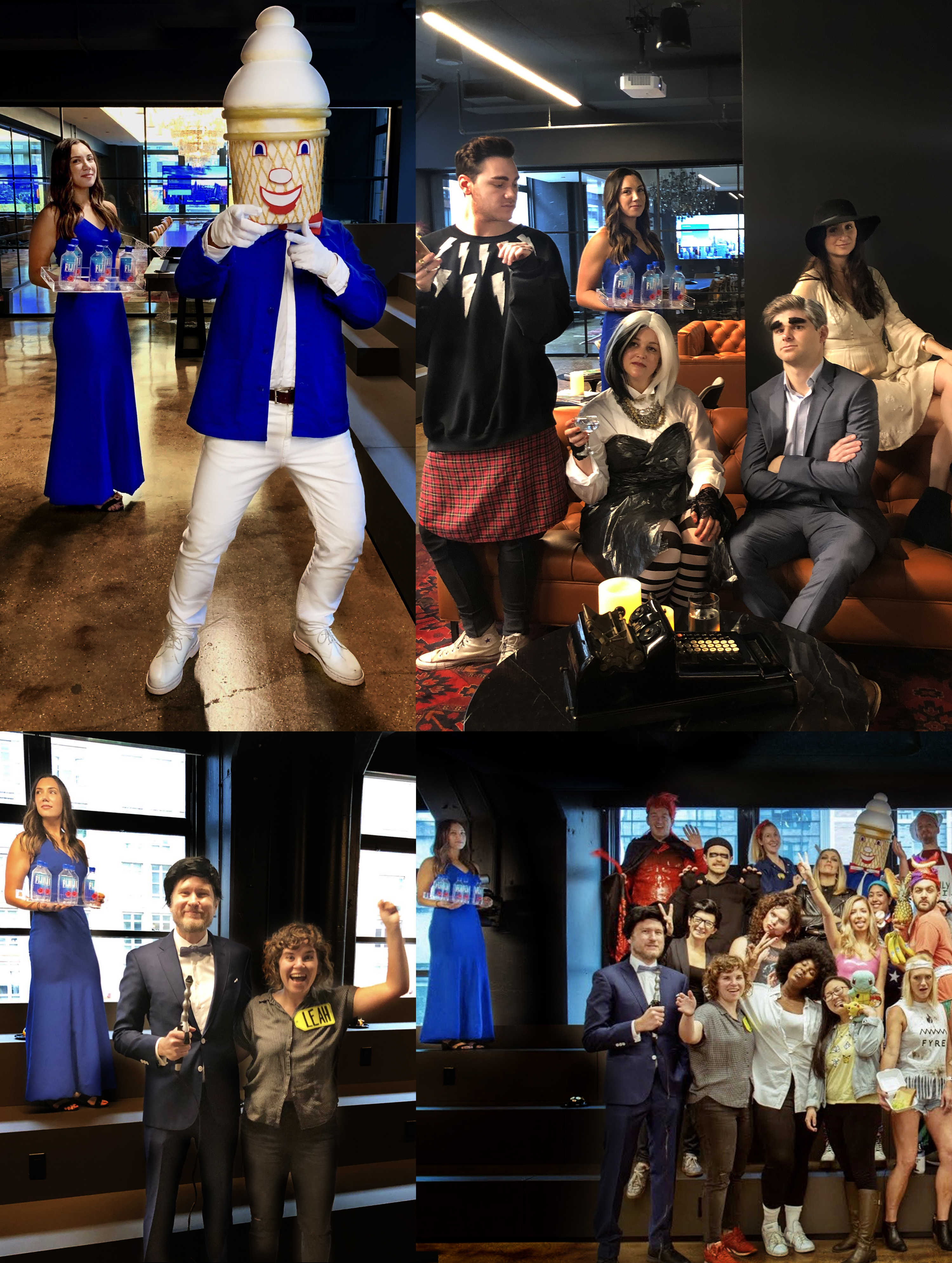 "Working in PR, I obviously appreciate a good earned media moment. With all the buzz around the Fiji water girl at the Golden Globes, I remember thinking to myself how amazing of an idea that was and how fun it would be to photobomb everyone’s photos. Turns out it's actually hard work." 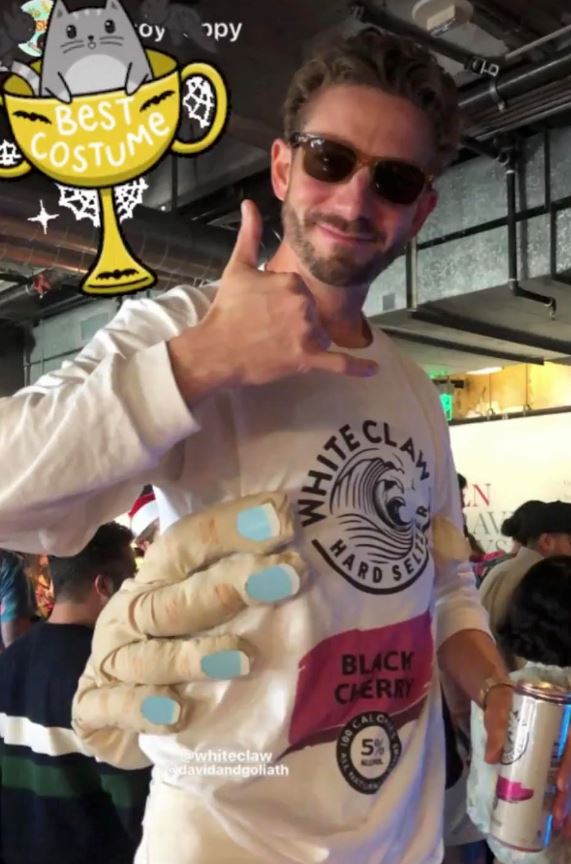 "Ain’t no law when you’re wearing White Claw." Only the law to embrace that transparent, fizzy goodness within. This guy gets it. Good for him. Good for all of us. 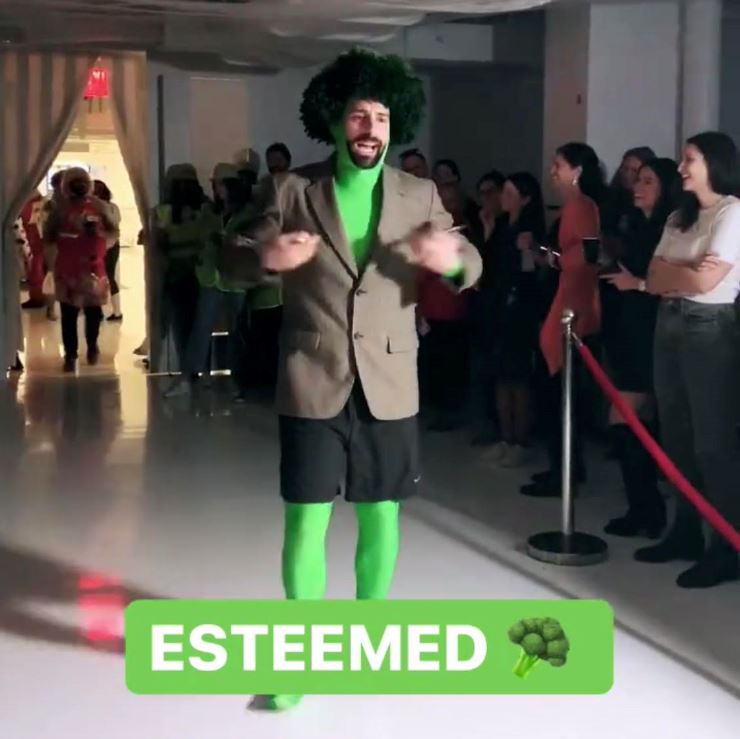 This year’s niche pun award goes to the fine piece of suited and booted veg that took the Deutsch catwalk by storm. Brocc on, brother.

The Joker from Huge D.C. 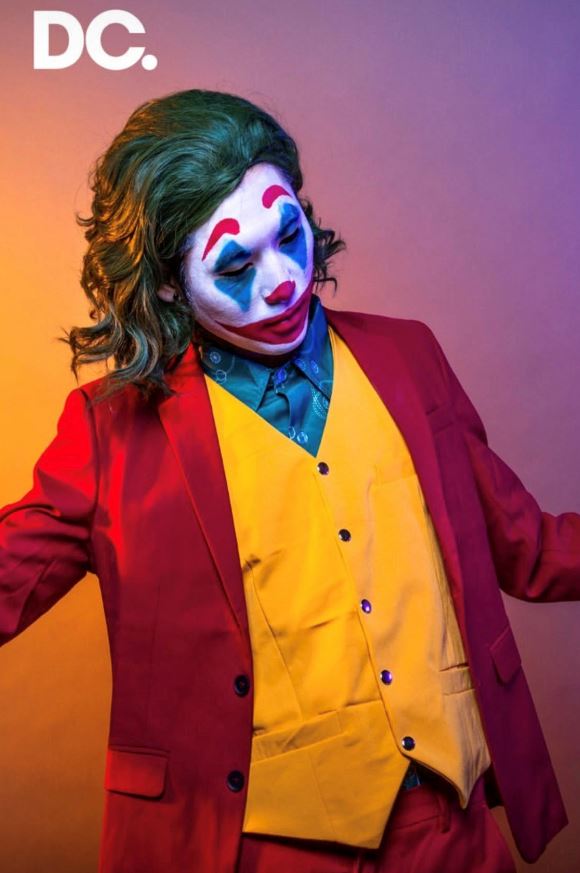 Halloween 2019 always belonged to The Joker. Parties, streets and your social media feeds have been littered with the clowns. But this one -- THIS ONE -- is above and beyond. *Laughs hysterically with wide, vacant eyes* 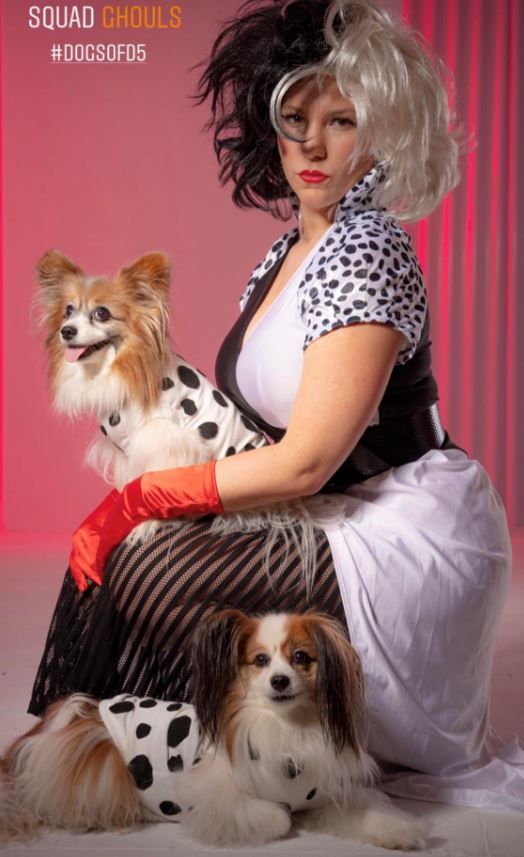 The resting bitch face. The silky red mitt guards. The extremely good boys that do not pass as dalmatians even slightly. It’s all there. And we are here for it.

Some of the team (aka members of @LaCasadePapel) hijacked the office today for #Halloween. What are the best costumes you've seen this year? pic.twitter.com/eu42AxBmoq

Note: This is not an ad for Netflix's Money Heist, but sources confirm the show trumps all others on rival streaming services and should be watched immediately.

Every hound of Havas Chicago

StubHub's 'Be There' campaign just the ticket for holidays