Four strongly worded essays decry the state of US politics and the silence of the American communications industry.

Reaction to President Donald J. Trump's executive order curtailing refugees and immigrants from seven majority Muslim nations last week was swift and vocal, with tens of thousands of Americans protesting at airports and government buildings around the country. Though brands and tech companies joined in, the Western ad industry's reaction was more measured.

But agency leaders from the Middle East and northern Africa feel the repercussions of the ban much more keenly than their American and European counterparts. Some of them work in the affected countries, and even those that don't have employees who hail from a country on the list or market to audiences there.

Campaign US reached out to leaders in the region. As representatives of global agency networks, they're concerned about the damage the ban has done to the reputation of the US. More than anger, they say they feel disappointment in the erosion of American freedoms and the example it once set for the rest of the world. They are confused, they say, that a ban like this could happen, or that the American people and its media could allow it. 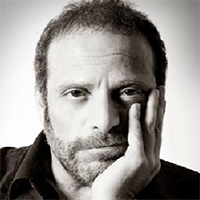 When the Syrian war broke out, our JWT Beirut office opened its doors to our Damascus office staff. No one felt threatened, no one complained, no one even questioned: it was the natural, even obvious thing to do in a country of 4 million people that welcomed no less than 2 million of our colleagues' compatriots. To us, and in our industry, the free movement of people is as natural as hummus, and frankly as healthy—even if the sheer number makes it hard to digest for our tiny little nation.

The travel ban is therefore frankly baffling for us. In this region's advertising circles, where expats come and go almost as they please, such measures would be detrimental not just to the way we operate, but to our product itself. Like anywhere else, our industry thrives on diversity: Most of our offices would make the UN blush—indeed, they are an advertisement to open doors and open-mindedness—and the response we've seen from our American colleagues and around the world is testimony to how much that diversity is not only common, but commonly celebrated and, more importantly, staunchly defended.

For me, the travel ban is not disturbing for its brutality: It is disturbing because of the underlying sentiments it betrays. Fear, they say, is a dark room where negatives are developed. In this day and age, where dark rooms should be relegated to history, such sentiments should not exist, and the picture painted by our Beirut office is a colourful—and, guess what?—successful snapshot of how things should be.

"A crack in American values." This is how the people in our agency perceived the recent American administration decisions.

For the last 20 years, advertising in Sudan has been completely distant from the US ad industry due to several factors. The main factor is the trade sanctions that have been imposed by the US and different governments on Sudan that resulted in a complete absence of American brands and global ad agencies from the Sudanese market.

The shock we have toward the recent temporary travel ban on the seven Islamic countries including Sudan is not related to any business aspect for the industry. But we are wondering how America would become great again by destroying its values and key principles of humanity. America became and is still great today thanks to the values of diversity and acceptance of different people from different backgrounds, ethnicities and religions. These different humans contributed to building this country into a leader and inspired other countries to follow by opening their borders to more and more "different" people, giving them the opportunity to contribute to their growth and development.

The greatness of America could be concluded in the story of the acceptance of a Scottish immigrant woman and a man of German origins to live on its land, raise a family and build their business to become one of the most successful business empires—today called "The Trump Organization."

We should never forget the role of advertising in initiating the populations of developing countries to a healthier, cleaner and happier lifestyle. Thanks to advertising for introducing the people of the Middle East and North Africa to the use of toothpaste, shampoos, baby diapers, deodorants, etc. by the turn of the 20th century.

Our MENA advertising industry is almost totally controlled by the big American networks. To a large extent, whatever we do needs to be cleared by our owners and partners sitting in New York.

Our global clients—who are to a large extent Americans—sell their products in all the markets of the region, even in those which are on the US government's travel ban list—namely Iran, Iraq, Libya, Somalia, Sudan, Syria and Yemen. These multinational companies are always keen to develop their sales. To be able to do that, they need to advertise, but we are unable to help, because we are not allowed to have branches for our agencies there, or even buy media in any of these markets.

We have been seeing the people of these countries queuing in front of US embassies to apply for visas as they aspire to send their children to American universities or to visit themselves for the ultimate in healthcare.

Hence, it is totally incomprehensible how the "home of the free" can deprive the nationals of such countries from pursuing their dreams, and the ad industry from continuing to play its role in educating people on how to become better human beings. It is also incomprehensible how the American communication industry continues to allow the fierce criticism of media and accepts being a witness at its own funeral.

I think the word "ban" is by itself negative. It ignites a sour sentiment in all people. It is the opposite of freedom; the most valuable and natural human need that the US has been "fighting" for and championing for years.

Now, if we analyze who this ban targets, it's mainly countries that have a big Iranian influence and are the subjects of local terrorism and/or wars (in most cases against other Arab and Muslim countries), and that's different from Muslims or Islam being targeted. Therefore we can sense different reactions—some are less concerned than others.

On a personal level I believe that nothing can justify banning an entire nation, or to a certain extent a specific religion. I understand the security threat that can possibly come from similar countries, but I am sure that there are better and more decent ways to control it. Also, let's not forget the human angle to it; immigrants and refugees are just desperate human beings struggling to live another day. They are just men, women and children, and surely, not all of them are "terrorists."

Personally, I don't expect advertising agencies, be it in the US or anywhere in the world, to assume a political position unless they're representing a body or a client. However, I am sure that anyone who is an expert in building and nurturing brands and brand values is hurt to see the most valuable and iconic "brand USA" being jeopardized.

Leaving the US: What to expect from a job abroad

Kind Bar tries to tackle Trump's wall, but cold feet get in the way