As "Star Wars: The Force Awakens" hits theaters -- and the merchandising hits stores -- we look back fondly on some painfully misguided promotions

As the franchise that practically invented the movie tie-in, Star Wars has a lot to live up to with its latest entry. So far, "Star Wars: The Force Awakens" seems up to the task, with everyone from Target, to Kraft to Mondelez to Fiat taking a piece of the promotional pie.

Some of these make more sense than others (the X-Wing 5-piece kitchen knife set is certainly a head-scratcher). But none are as baffling as the sexy C-3PO tape dispenser created by the Japanese company Sigma in 1981. Despite being affiliated with the movie chiefly responsible for the merchandise tie-in, it graced very few desks, and you can’t exactly blame the movie for that. You can, however, blame the company for creating a ridiculous product and thinking the association with the movie alone would sell it.

Campaign decided to look at some other examples of movie tie-ins that were wholly unnecessary and gained the brands in question next to nothing, except confused looks and the mockery of branding and advertisement publications. 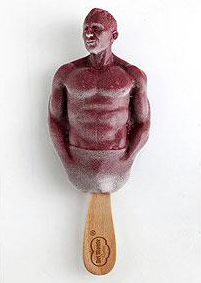 Some people were skeptical when Daniel Craig was announced as the newest actor to play James Bond. But one shot of him emerging from the sea with salt water dripping from his pecs, and ha-cha-cha! The haters were won over. So was the Del Monte company, which immortalized his naked torso in Superfruit Smoothie popsicle form.

The Daniel Craig popsicles came in blueberry, cranberry and pomegranate flavors and clocked in at less than 100 calories. So lick away — when the dashing British actor shows up unannounced at your home to whisk you away to his latest international adventure, you will be spared the embarrassment of unflattering belly flab. 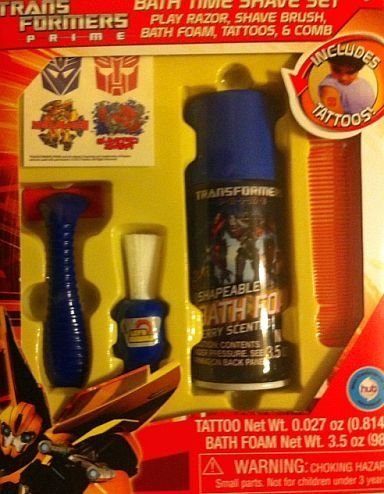 The wildly successful "Transformers" movie franchise is based on the toys of the same name. This posed a conundrum for the filmmakers. Namely, "How do we sell merchandise based on the movie, if the movie is based on toys that have already been out there for years?"

The answer came in the form of Hasbro’s "Transformers" Bath Time Shave Set. This decision was presumably predicated on the logic that a movie about cars turning into robots would make children want to start shaving as they bathed.

On November 22, 1991, "An American Tail: Fievel Goes West," opened across the country, and the G-rated children’s movie was a natural choice for a brand like Ralston to make a breakfast cereal based on it. But instead, they chose to base a cereal on "The Addams Family," which came out the same day.

The cereal was packaged in a dreary box and came in skull and disembodied-hand shapes. Remarkably, it wasn’t their only ill-advised choice for a movie tie-in that year, as 1991 saw them release the "Robin Hood: Prince Of Thieves" cereal, too. 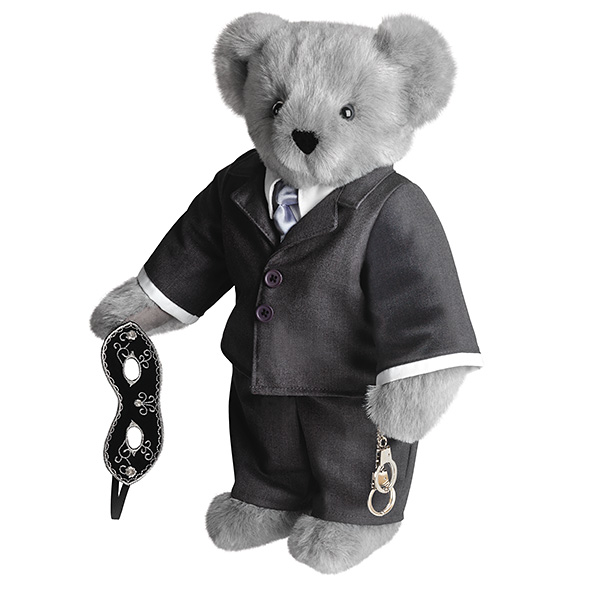 "Fifty Shades of Grey" is the story of a young woman who embarks on a sadomasochistic relationship with a handsome young businessman. Based on the highly successful book, many companies probably wanted to create a tie-in with it somehow, but just couldn’t see a way to do so without making something ridiculous.

Vermont Teddy Bear, which normally makes the giant, overstuffed bears used for parental apologies to six-year-olds, had no such problem. It made a bear in the image of Anastasia Steele’s cruel captor, complete with suit, tie and handcuffs. The limited-edition keepsake is still available, so get yours now before the company repurposes it into something people might actually buy. 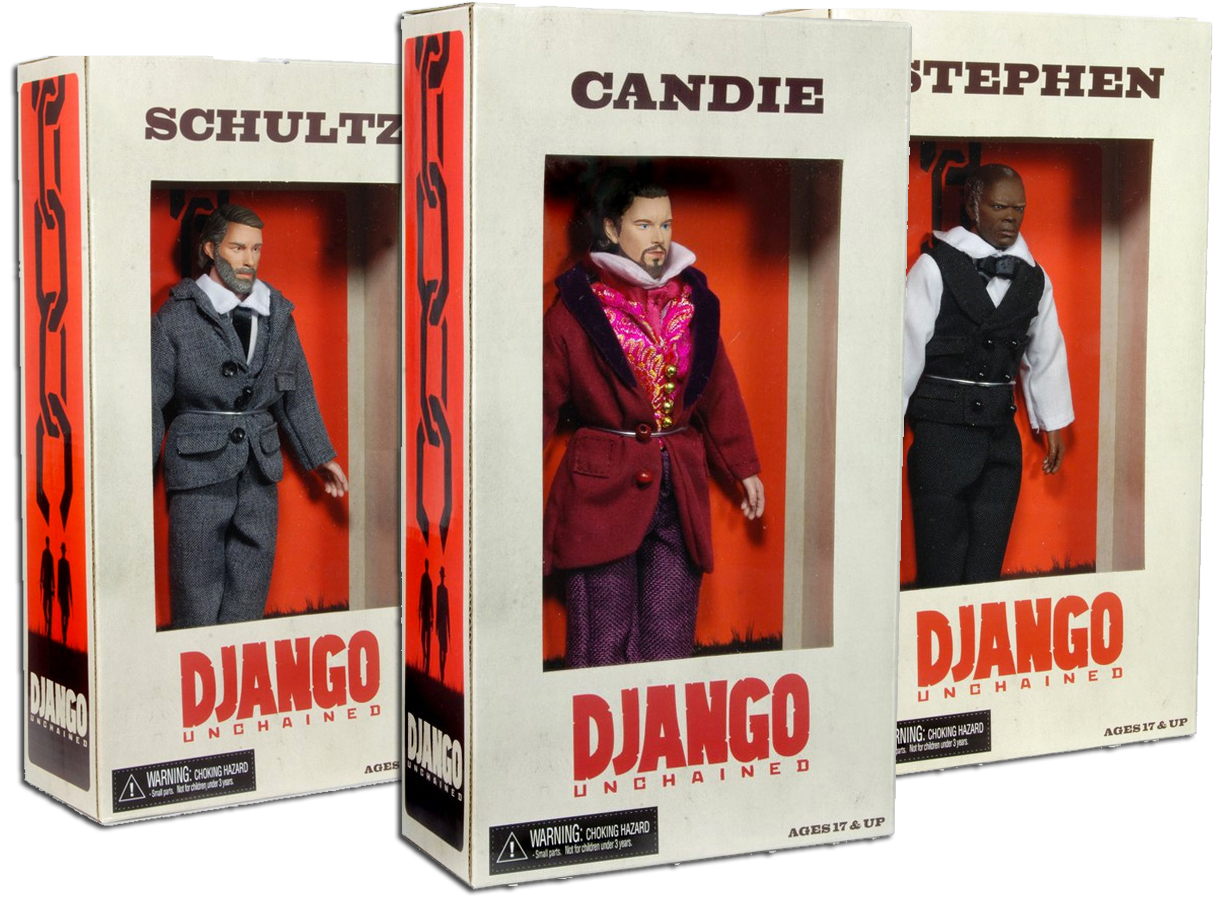 Quentin Tarantino’s 2012 antebellum revenge movie "Django Unchained" was festooned with violent content and liberal use of the n-word. These attributes earned it an R rating, but the National Entertainment Collectibles Association (NECA) manufactured action figures based on the movie’s characters anyway, perhaps for children who had snuck in.

The figures were criticized right off the bat and became the subject of a Change.org petition to have them discontinued, which they eventually were. Today, they remain second only to the "Human Centipede" necklace in the competition for most tasteless piece of movie merchandise. 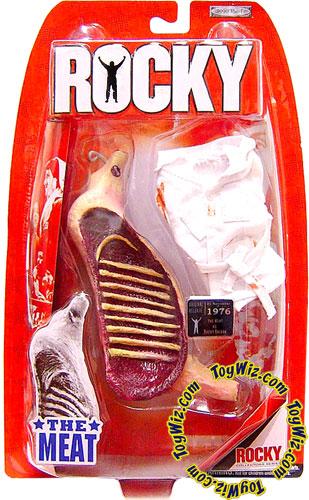 People of a certain age remember the 1976 Sylvester Stallone vehicle "Rocky," which inspired us to pick ourselves up off the canvas and go the distance. When it came to making an action figure based on the movie, toy manufacturer Jakks Pacific seemed like a natural choice, with their history of creating figures based on wrestlers.

The company made a figure in Rocky’s likeness, but also made a figure of the beef carcass that he punches during his training. A visit to the company’s website today reveals lots of "Star Wars" and Nintendo merchandise, and no mention of this toy, dubbed "The Meat." So if you want to guess that the figure didn’t exactly fly off shelves, it’s probably safe to do so. 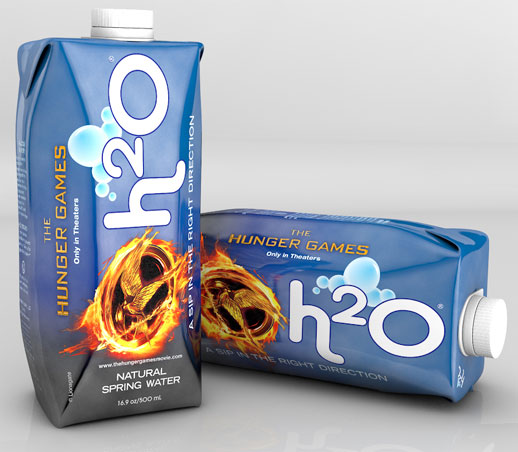 People who saw the 2012 film "The Hunger Games" may not have asked themselves an important question as they watched the film — "Is Katniss Everdeen drinking enough water to remain slender and hydrated?" Luckily for them, the people who manufacture H2O brand water did.

The brand rolled out its own "Hunger Games" natural spring water to coincide with the release of the film, and as movie tie-ins go, it’s easily one of the least necessary. However, in its defense, it’s not as unnecessary as selling a product that people have free and unlimited access to in their own homes.

During the two-and-a-half hours of explosions and yelling known as "The Avengers," viewers saw the Incredible Hulk lay a gamma-ray-powered smackdown on evil demigod Loki. The people at JADS International responded to this by creating "The Avengers" Cologne Set, for reasons best known to them.

The set doesn’t limit the buyer to the aroma of a single superhero. It contains such scents as Thor’s "Worthy," Captain America’s "Patriot" and Iron Man’s "Mark VII." Of course, men who believe that women find blind rage sexy will want to buy the Hulk’s "Smash!" Warning: Its aphrodisiac properties may cause property damage.

Zoolander arrested for "driving while hot" in Fiat spot

Ranked: Every Star Wars-branded commercial of 2015

Toys 'R' Us delivers holiday tearjerker with a twist

Michael B. Jordan makes his directorial debut in Creed promo

Networks love their reboots. Will you?

Pepsi Max, Uber offer 'Back to the Future' fans a DeLorean taxi ride

In UK, Sony unveils 'Made for Bond' smartphone campaign