We ventured deep into the chewy chunks of CES -- a casserole of technological nonsense -- so you didn’t have to.

The 2020 Venetian Las Vegas showroom, which largely houses lifestyle products, is a sight to behold. As always, there is too much. So we marched the dauntingly-long aisles and picked the top five inventions we believe will dramatically enhance our lives.

The smart diaper that’s about to change parenting

Lumi by @Pampers @ProcterGamble might be the best product I’ve seen on the @CES floor. Smart diapers that measure metrics like sleep time, last fed and dryness. It has already changed lives for so many couples. #CES2020 pic.twitter.com/tC9ilvLVBD

You’re looking at Lumi by Pampers -- the world’s smartest diaper.

It’s the result of intense research, experimentation and design by the Procter & Gamble brand that started two-and-a-half years ago following a joint venture deal with Logitech and Google Verily Life Sciences.

A sensor fitted to the back of the diaper monitors vitals like sleep, dryness and the last time feeding took place. The data-led tech then builds a visible pattern caregivers can look at on their smart devices. It offers science-backed advice on best practices to improve routine, such as change in bedtime.

"This is the most meaningful and worthwhile product I’ve had the pleasure of working on," said a Procter & Gamble inventor who’s been creating products for the company for around three decades.

She explained that a research family in Nashville who took on the prototypes were so moved by the way in which it helped their parenting that they said it also dramatically improved their marriage.

For $349, a starter pack will get you a sensor, video monitor and up to ten days of diapers.

The AI toothbrush that knows when your chompers are properly clean

But, my friends, this is no carbon-copy-let’s-release-another-model-with-minor-changes-because-we’re-under-pressure-to-create-like-Apple toothbrush. This is so much more.

Notable features on the new Oral-B iO includes AI capabilities that detect all the ways you’re brushing wrong. A connected app shows brushers exactly which pearly whites they need to hit to ensure 360 cleaning. It has a magnetic drive that activates a new form of micro vibration. There’s a pressure sensor to alert users when they’re pushing too hard.

It’s hitting the market this summer and, while the price tag hasn’t been confirmed, you can expect it to be placed around Oral-B’s current high-end brushes, which tend to land in the $200 mark.

The toilet paperless toilet ?? It douches and dries your behind so you never have to wipe. If you think people aren’t using smart loos, you’re wrong — 15 million of a similar model were sold last year. #CES2020 pic.twitter.com/aRiLejd6wk

Because who honestly has enough time in the day to wipe anyway?

Smart toilets are no longer something you see in the movies where an American goes to Asia and is surprisingly delighted by water jets in and around his rectum. You know the scenes.

This brand spanking new TOTO model has more douching options than ever before. Not only will it douse off unwanted remnants, but a dryer works with such precision that reps claim you won’t need to wipe.

Last year, the company shipped off around 15 million similar models worldwide. The toilet revolution is happening whether you like it or not. 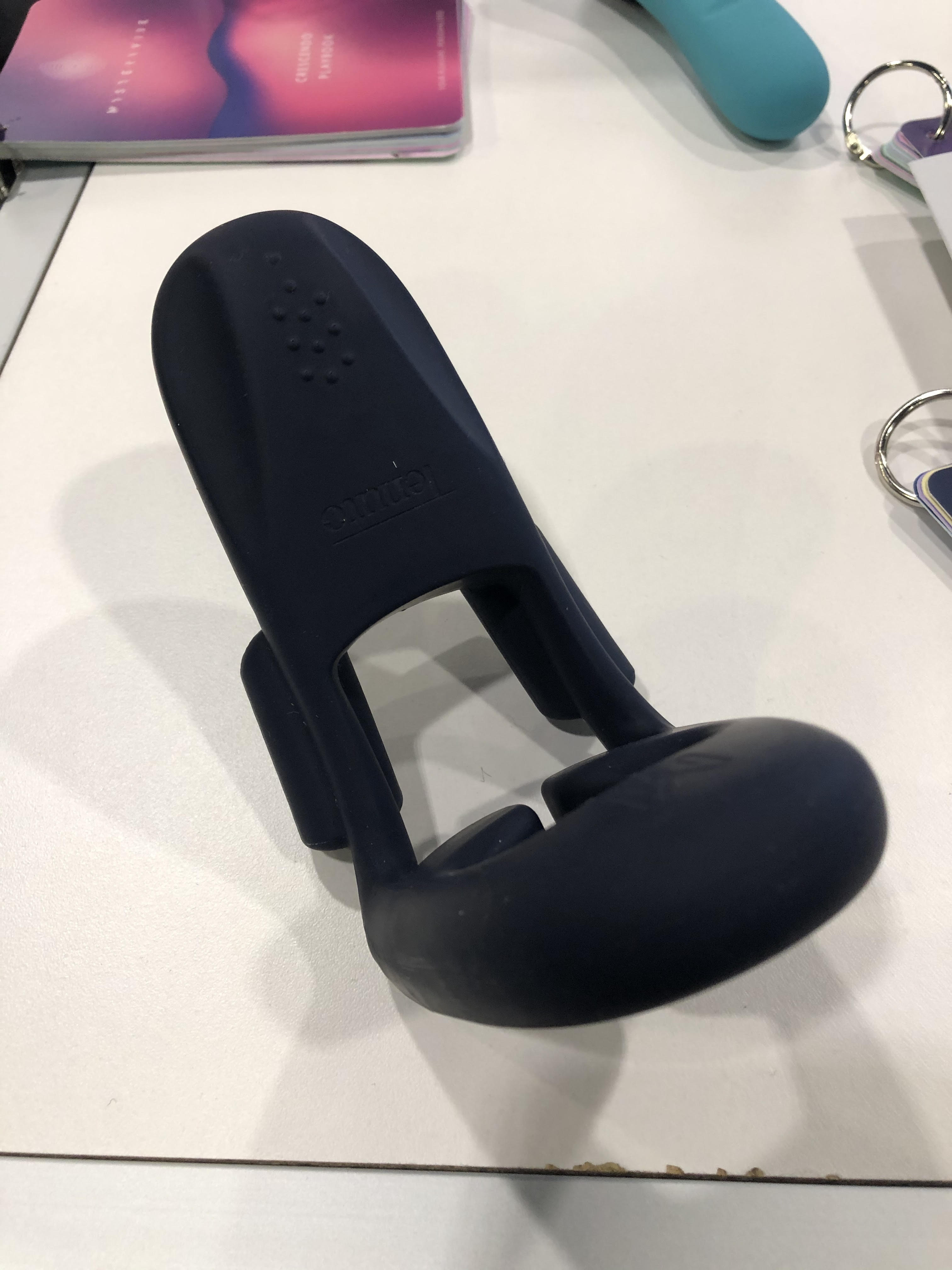 Hard has never been so easy.

Make no joke about it -- this is a health and wellness product, not a cheeky sex gimmick. Reps at the CES showroom booth were busy fielding countless questions from men who said they have limited options when it comes to resolutions for a flaccid member.

Tenuto will set you back $150. But this sort of pleasure is priceless, surely.

Whatever the hell this mode of transportation is 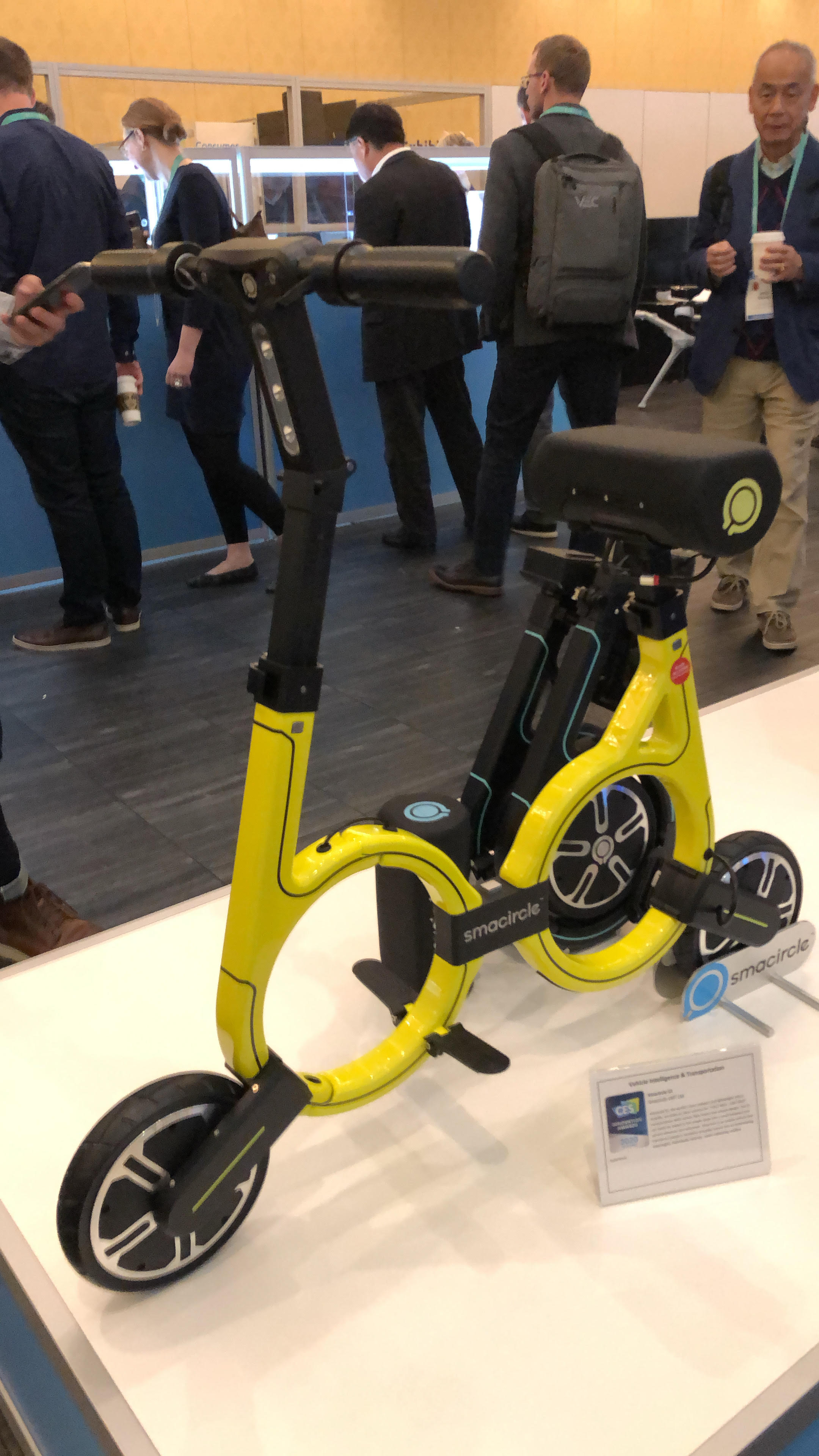 We’ve all seen them: Urban dwellers riding all sorts of electric-based speed demons which should probably be illegal. But could this piece of efficiency finally be the city transportation we all agree on?

It’s called the Smacircle S1, and it won CES’ 2020 Vehicle Intelligence and Transportation award. The compact and lightweight micro-mobility bike (scooter?) is made with carbon fiber.

Bosch's smart fridge is a symphony of connectivity

This Bosch smart fridge has internal cameras that recognises food, suggests recipes and lets you order more via an app. It can also tell you expiry date. @CES @BoschHomeUS #CES2020 pic.twitter.com/Bv7IjUV02x

Yes, this smart fridge has cameras on the inside, but it’s not a gimmick. The new model by Bosch doesn’t just show you the contents of your fridge via an app; it detects expiration, allows you to order what’s needed and offers up recipes relevant to the food you have.

Here’s the kicker: It’ll preheat your connected smart oven to the right temperature.You can literally get dinner started on your way home from work.

Tell me this smart fridge isn’t something you need in your life. You’re lying.