A study by H Code shows that despite making up a larger share of the population, Hispanics feel underrepresented.

With the second-largest population in the U.S., the Hispanic and Latino population is one of the country’s youngest and fastest growing demographics.

A recent study by Hispanic digital media company H Code shows in the last decade, Hispanic spending power grew 133% faster than non-Hispanic groups, and the U.S. Hispanic GDP, currently at $2.6 trillion is growing 72% faster than the nation’s economy. The Hispanic population is also the youngest ethnic group in the nation with a median age of 30.

The COVID-19 pandemic and events of last year have disproportionately impacted the Hispanic community, leading to a change in spending habits and behaviors.That includes a growth in online media consumption, with 64% of Hispanics spending more time online.

The report, based on the responses of 1,269 participants in both English and Spanish, provides insight on how the cultural landscape has changed for this important community. These are the main takeaways:

According to the report, 70% of respondents feel brands do not target the Latino community with a strong enough understanding of their culture. That’s not great for brands, as 71% of respondents agreed that if brands made an effort to be inclusive, they would be more likely to purchase from them.

Respondents also agreed that more advertising should represent the Hispanic and Latino communities. Similarly, 63% said they were more likely to watch content that showcases and represents their culture. 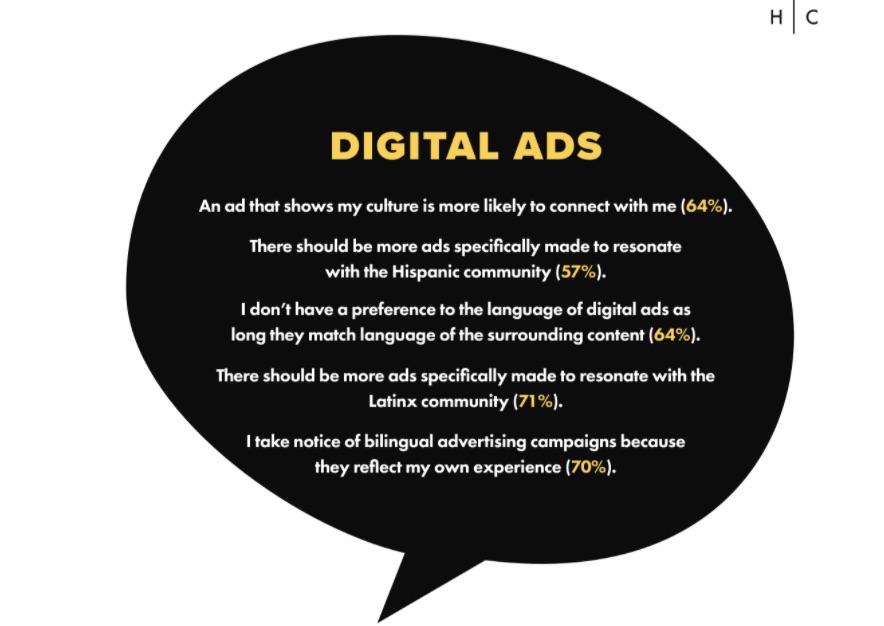 Meanwhile, 15% of respondents said language (Spanish or English) is most important for getting them to click on an ad, while 70% said they notice bilingual ads because they reflect their culture and experience.

The change reflects how the Hispanic community is engaging with entertainment. TikTok usage also grew by 290% in 2020 as more young people gravitated toward the platform. 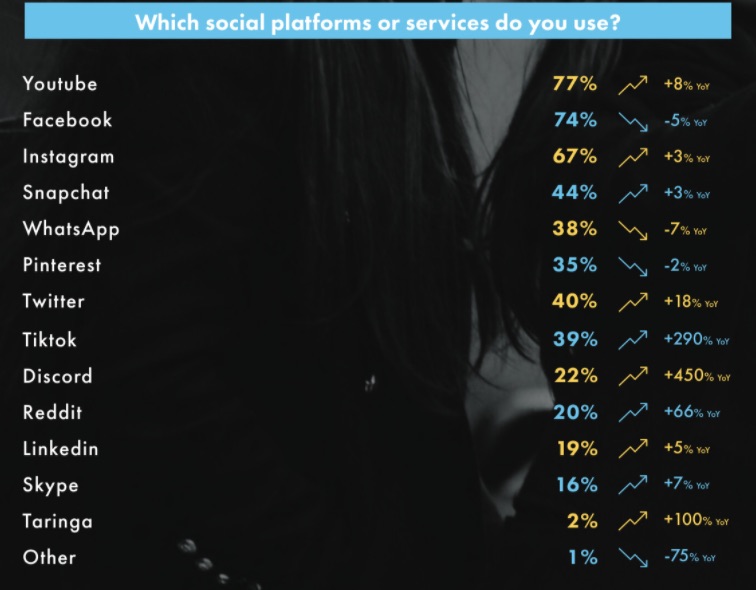 5. The shift to online

As internet access increases among the Hispanic community, audiences are moving online quickly. Eighty-six percent of respondents report having internet access at home, 37% at work and 31% on mobile hotspots.

While a large majority of respondents (89%) prefer to access the internet on their smartphones, 70% do so on their laptops and 51% on smart TVs.

Hispanics use the internet for a variety of purposes, including to shop (65%), listen to music (66%) and game (53%). They’re also following the general market in cutting the cord to stream TV and movies on Netflix, Disney+ and Prime Video. 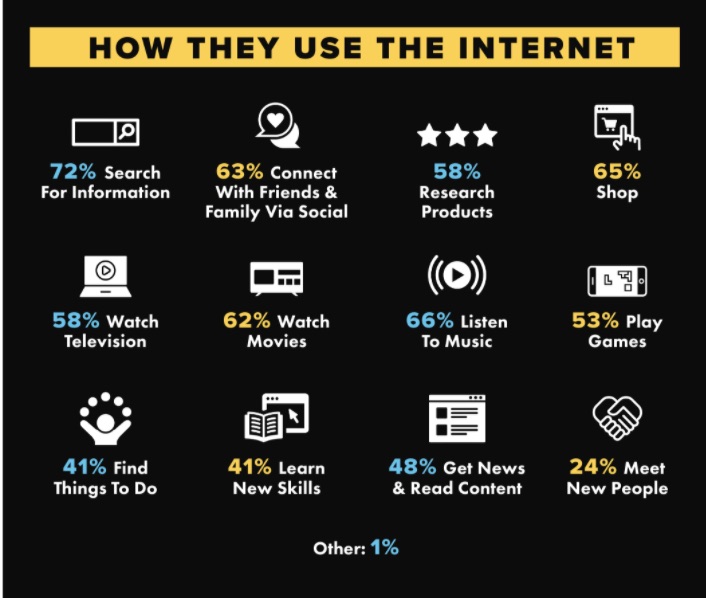 The Hispanic community is at the forefront of the rise in gaming. Half of the people surveyed identify as gamers, with 69% saying they use gaming consoles to stream music, watch movies and browse the internet.

Gaming also has a social element for this community, as four in five respondents described gaming as a good way to spend time with friends and family.