Marketers laid bare the highs and lows of taking work in-house at Campaign US' first Breakfast Briefing in Manhattan.

US advertisers are fundamentally reshaping their relationship with agencies and taking more control, even if some agency people aren’t convinced that in-housing is here to stay.

That was the key message that came out of Campaign US’ debut breakfast briefing, "When brands take advertising in-house," in association with Wunderman at the offices of Vox Media in New York.

Verizon, Intel and Unilever, three brands from very different categories, each told a similar story about why they have brought some marketing services in-house.

They need a simpler, faster, more joined-up approach to advertising, communications and data in a digital world and that means bringing these elements closer to the brand.

It is all about "proximity", as Warren Chase, vice-president and chief operating officer of 140, Verizon’s in-house creative agency, told the breakfast.

Lesson one: Brands want to work with fewer external agencies.

Verizon had 46 agency partners only a few years ago. "It was out of control," Chase admitted. Now it has 18.

Theresa McDonnell, director of digital content and editor of U-Studios for Unilever North America, said it also used to work with an "enormous number of agencies – at least 1,500" and it has consolidated that number.

Chase, Herd and McDonnell all said lack of trust in their agencies was not a reason why they reduced their roster and brought services in-house. 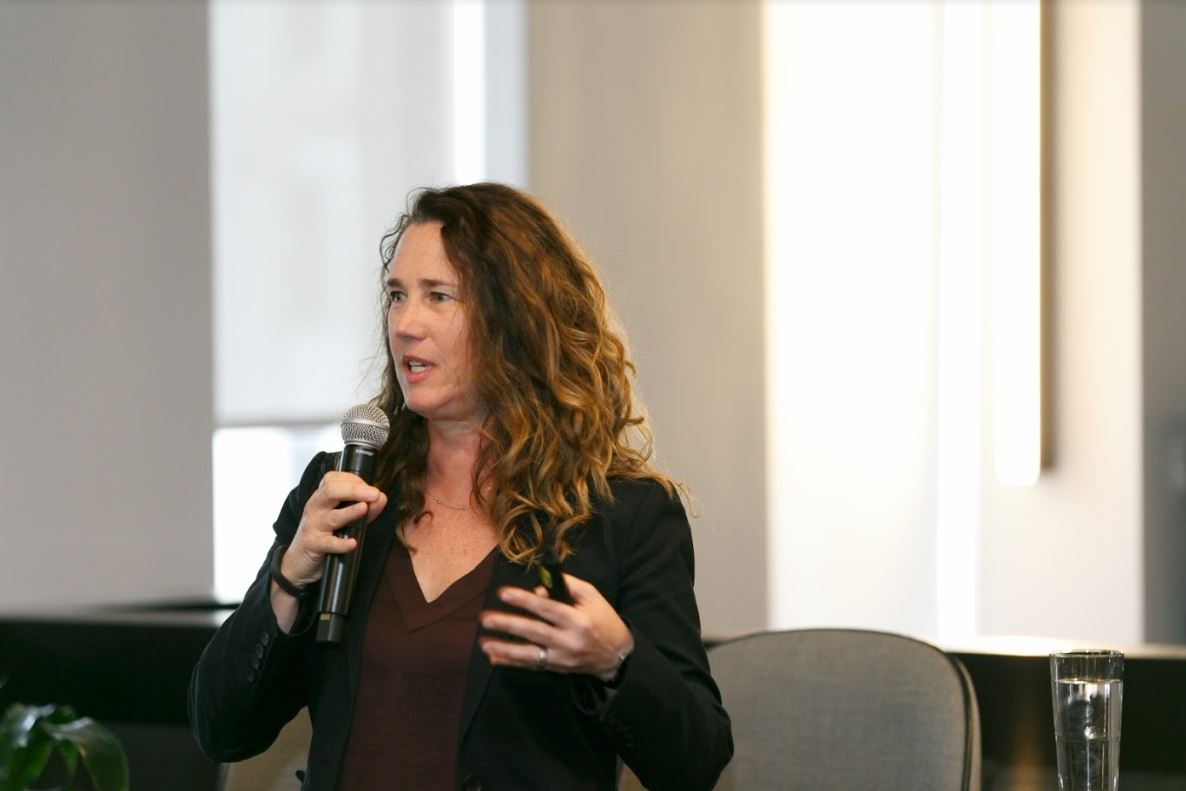 Chase said setting up an in-house agency with a "strong, creative arm" has allowed Verizon to "stitch everything together and make sure the brand narrative was consistent across all the different touchpoints" that the company has with consumers.

McDonnell said Unilever needed more agility and speed to make a higher volume of short-form, mobile content for its brands.

"It’s very important that media and creative are coming closer together and we’re talking more and more, every single day, about how we improve on that," she said, explaining how external media agency talent are starting to sit with U-Studios’ creatives and bringing some of Mindshare's staff on-site is "a huge priority for us". 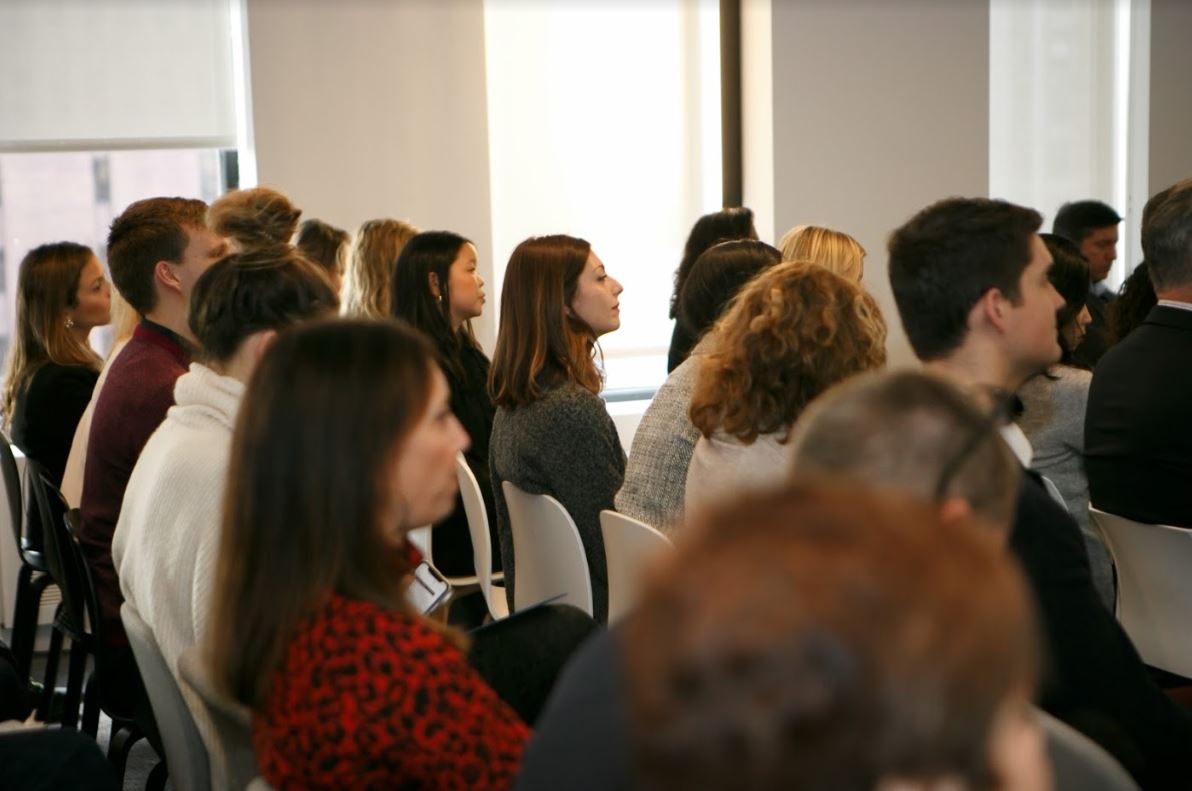 Lesson three: Some brands are in-housing, others have hired an external agency to work on-site. In all cases, external agencies remain key partners.

Verizon and Intel hired their own staff for their in-house agencies but Unilever has mainly relied on an external shop, Oliver, to run its on-site agency, U-Studios.

"We still really value those external relationships" with outside agencies, McDonnell said, noting that Unilever operates 66 brands in the US and each brand has its own requirements.

She explained the U-Studios' model isn't just about being on-site. Some staff work "near-site" and in "global production hubs" – effectively in the external agency’s offices. 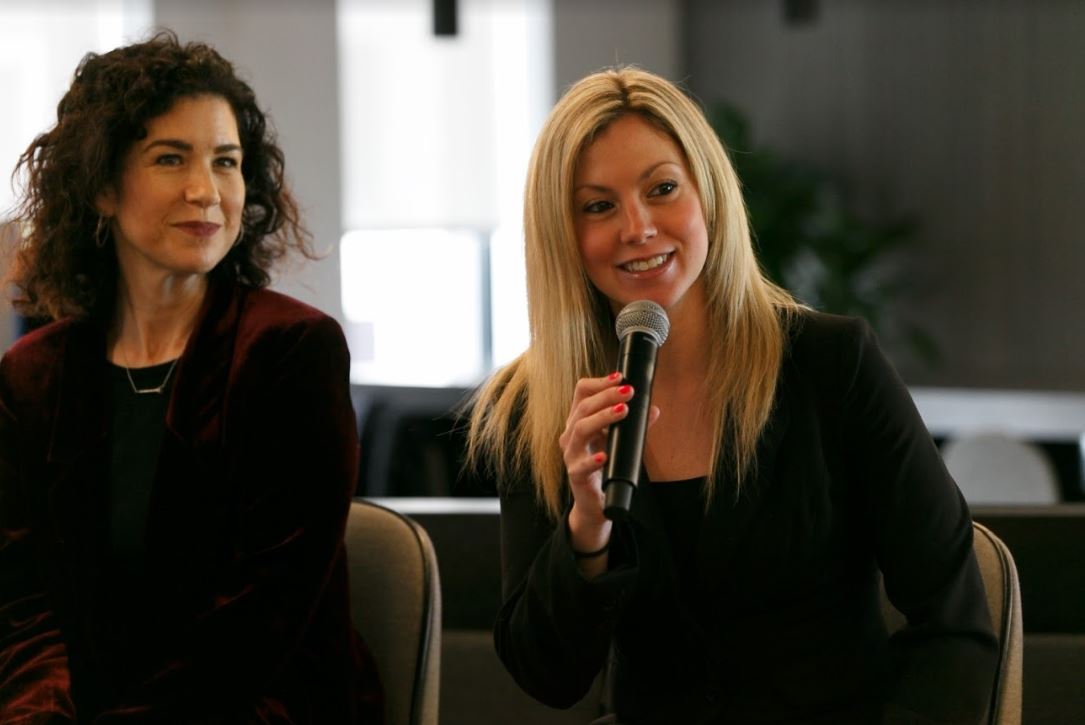 Lesson four: Brands are experimenting and things will evolve.

Herd spoke with emotion about how Intel had decided, just days earlier, to shut down most of the in-house agency function that she began building four years ago.

"It is a business decision," she said, explaining why Intel has changed its strategy but she still believes the concept of an in-house agency makes sense.

In the case of Intel, it has a new chief executive and new chief marketing officer who want to move away from consumer marketing in favour of a B2B approach, she said. 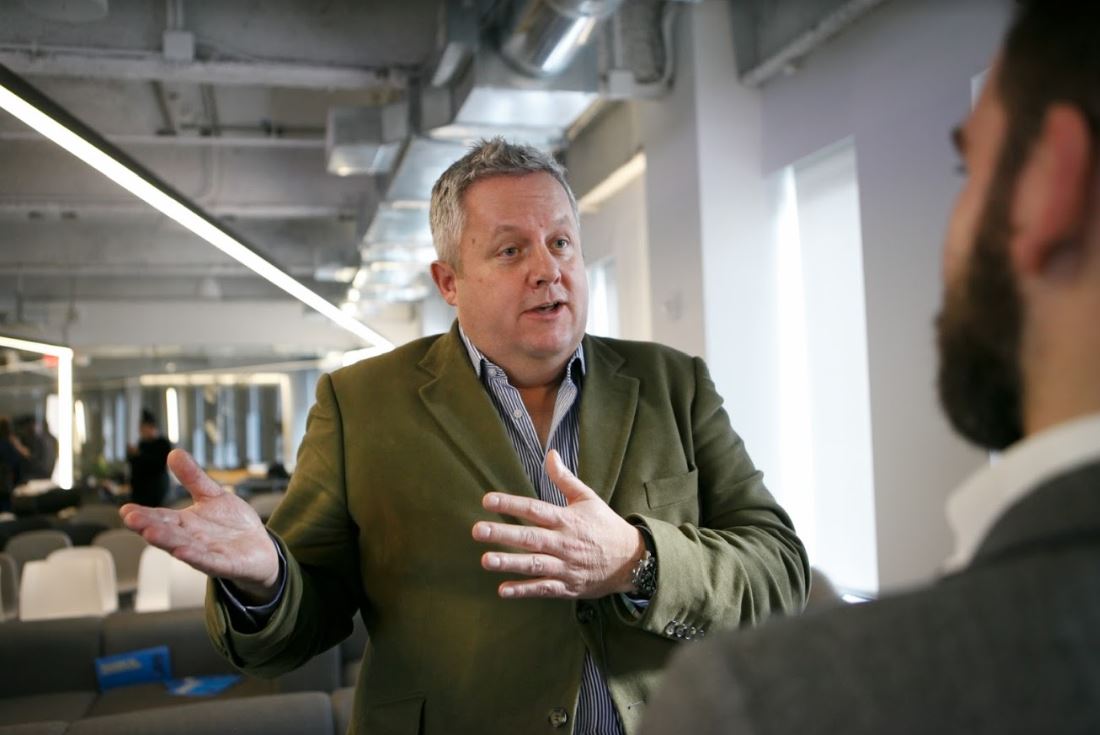 Lesson five: Advertisers and agencies must learn new ways of working together.

Herd said the ad industry spends too much time on "the battle" between internal and external agencies, instead of how they can work together. "So much energy is spent on that debate versus doing what is actually right for the brand," she said.

Both the ANA and the 4As, which took part in a feisty head to head at the end of the breakfast, should heed her warning.

Bill Duggan, group executive vice-president of the ANA, maintained part of the reason for the rise of in-house agencies is a decline in "trust" in external agencies and problems with "media transparency", while acknowledging that Verizon, Intel and Unilever hadn’t flagged that as a concern.

So Duggan should not be surprised that, as he admitted, no external agency has so far been willing to accept his invitation to take part in ANA’s first conference on in-housing next year.

Similarly, Marla Kaplowitz, the chief executive of the 4As, could do more to get agencies to talk positively about in-housing and being a better partner for clients, rather than dwelling on the undoubted benefits of external agencies and how they "don’t get enough credit". 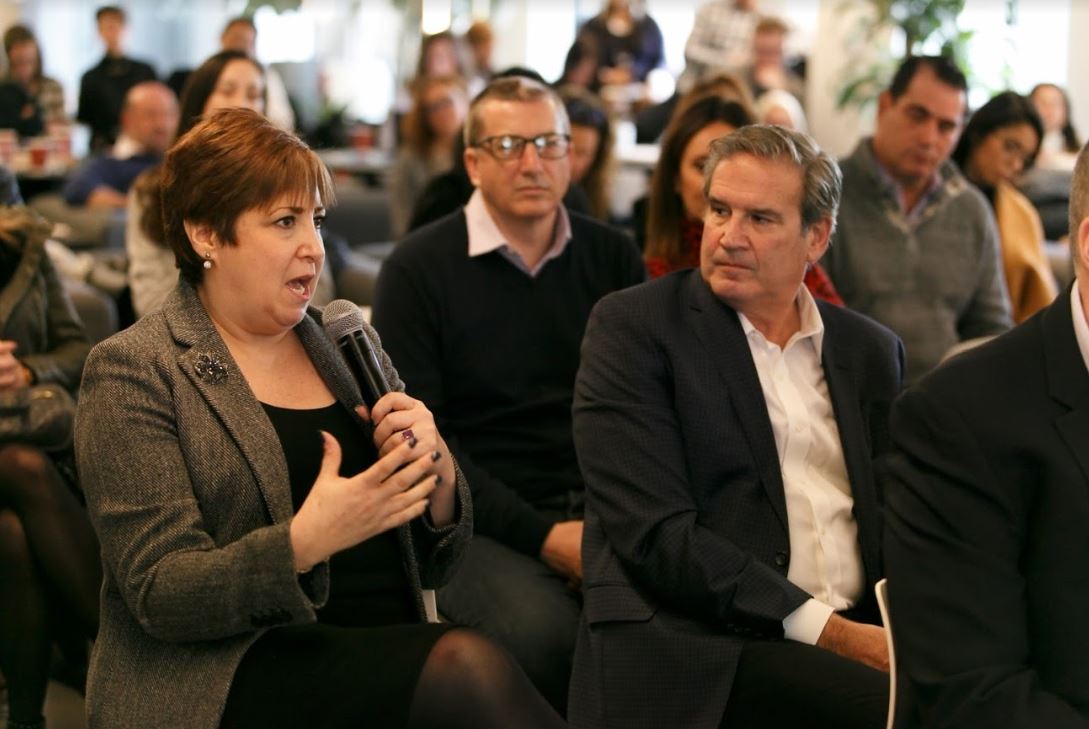 Lesson six: Advertisers recognise the importance of investing in their brands.

Verizon, Intel and Unilever all stressed the importance of investing in their brands as a major reason to set up an in-house agency and were proud of the work that they have created, even if there is also pressure to cut costs.

Significantly, McDonnell warned that Unilever may have been focusing too much on efficiency at the expense of creativity and is having rethink.

"Our responsibility is to protect the integrity of the creative process and it’s difficult to do at a time when we are all trying to do everything as efficiently as possible," she said.

"We set up [an agency remuneration model] about a year and half ago and, honestly, it’s not working.

"It’s extremely efficient, it’s extremely transparent, but it is hurting the creative process, so we’re looking at, ‘maybe we went too far to the right and maybe we need to come back a little bit.’"

She has been talking to Unilever’s procurement team to "help them understand" that a focus largely on costs means it risks losing out on the best creative talent from external agencies.

James Sanderson, the managing director of Wunderman Inside, which puts staff on-site in clients’ offices for brands such as Best Buy, said: "If you’re doing this for cost, you’re doomed to failure.

"What was interesting from the panelists [Verizon, Intel and Unilever] is they all talked convincingly about their creative product, and creative was at the heart of what they stood for.

"There’s quite a lot of opinion that in-house teams or on-site agencies aren’t quite as creative as an [external] agency can be and I think we’ve seen convincing arguments that are the opposite." 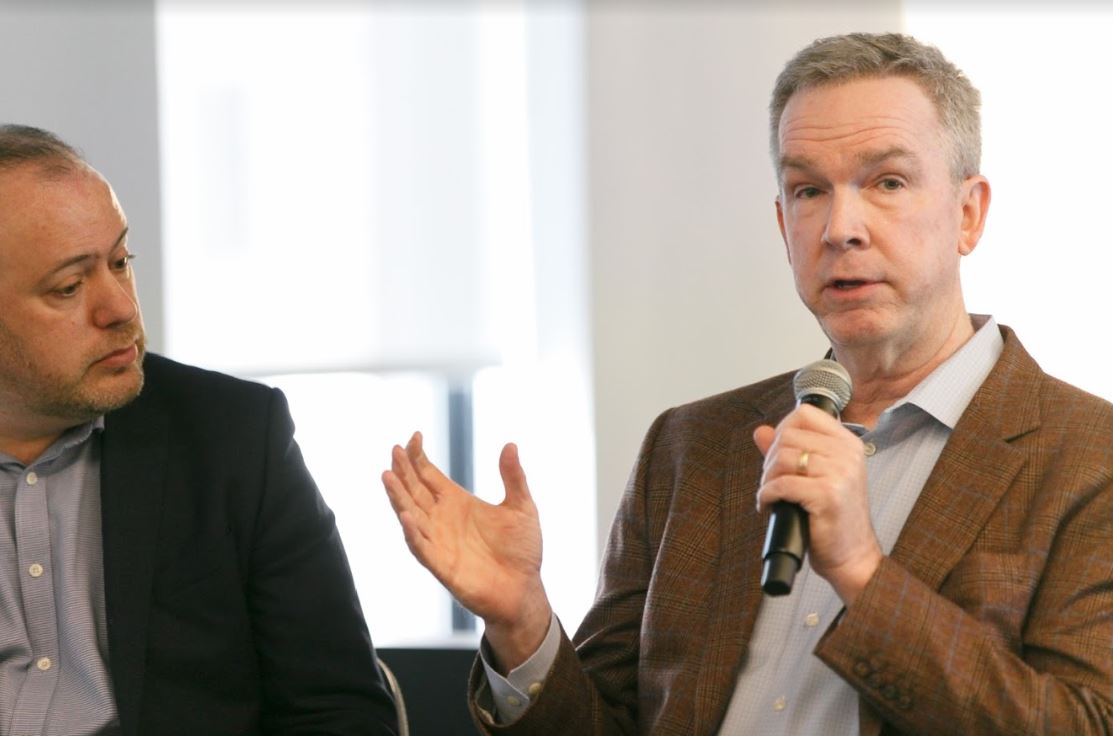 Ultimately, this belief in the value of investing in brands was the most cheering news to come out of the in-housing breakfast.

There were other signs of optimism in New York last week: Publicis Groupe’s Zenith and Interpublic’s Magna both spoke at the UBS media conference where they presented strong, global ad revenue forecasts of between four percent and five percent growth for the year ahead, driven by the rise of e-commerce, data-driven marketing and the need for digital transformation.

Chanel, a brand known for its in-house team, hosted a celebrity-packed fashion show in the Metropolitan Museum of Art and took over the JCDecaux bus shelters on Fifth Avenue and the windows of the Saks Fifth Avenue department store to reinforce its message.

Investing in brand will never go out of fashion.

Gideon Spanier is global head of media at Campaign.

Playing the game: 10 tips for a successful toy brand experience

Capturing enthusiasm: The rise of the casual hardcore consumer

Verizon's 'titanic' drive to slash agency partners from 46 to 18