"We are past the point of no return," said Kat Gordon, founder of the 3% Conference, in her welcoming speech. "Every year we’ve been rolling the stone a little bit farther up the hill, and this is the year I can tell you with confidence … this is getting better."

While the male majority in creative leadership positions still exists, the group’s analysis indicates that the industry is making some progress, albeit slowly. Last year, the 3% Conference released research that showed the number of female creative directors has grown to 11%, more than a three-fold increase, but still far from the 50% ideal.

Here are five things your agency can do today to help foster diversity and accelerate change:

Hit them where it hurts: Their wallets

Put their money where their mouths are. Michael Roth, chairman and CEO of IPG, speaking on a "Manbassadors" panel, said he’s seen the greatest change occur when compensation is tied to diversity and inclusion goals.

When he first arrived at IPG as a board member in 2002, Roth said he was "shocked" to see all white men at his first meeting with company leaders. "How can we be in advertising and communications when we don't represent the marketplace or the universe?" he recalled thinking. "This is ridiculous." 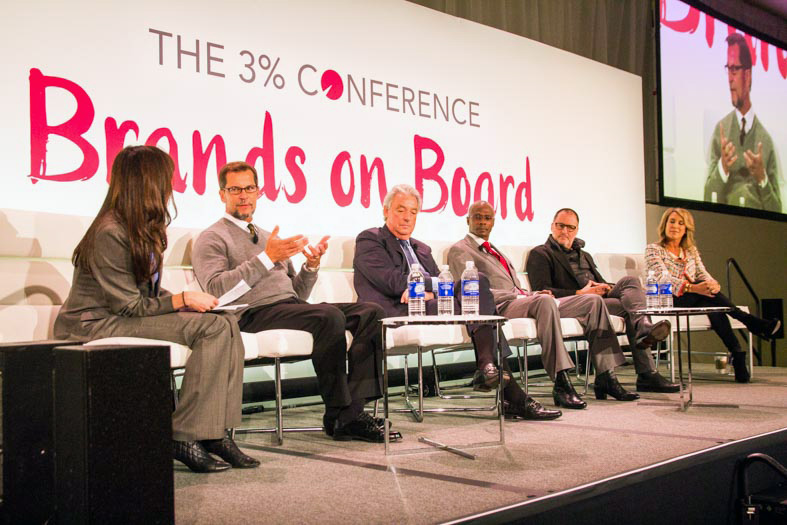 When he began investigating, asking agencies what they were doing about diversity, he said he found that "the answer was nothing." They spoke about belonging to various organizations, but not doing much else. "I’m a realist and I like to get things done," he said. "So I figured the only way to get people to pay attention was to hit them where they pay attention, which is their pocketbooks." Every quarterly agency review now includes a talent review that includes a section on diversity and inclusion, he explained.

"Frankly, it’s worked," he said. The idea that diversity is good for business was echoed throughout the conference, but few examples were as potent as Roth saying he attributes the holding company’s financial achievements in part to its increasing diversity. Fifty-four percent of executives, non-executives and managers in the company are now female, he said. "I don’t think it’s by accident that we are performing. Recognizing inclusion and diversity is a competitive advantage."

Browse and apply for the latest creative, advertising and media jobs