When SLOBBR co-founders Michelle Fournier and Jonathan Lagasse tell dog owners about their 5-month-old app, the response is usually "What took you guys so long?!" Only recently available nationwide (it originally launched in Boston and New York), the free app is part Foursquare, part Facebook, part Instagram and 100 percent pup-friendly.

SLOBBR allows dog owners to connect with one another by posting cute photos of their four-legged pals and discover recommended dog parks, restaurants, hotels, products and stores based on their geolocation. There’s a feel-good component as well. For every check-in, SLOBBR donates half a cup of Halo kibble to a local animal shelter or rescue group.

And non-dog brands have started to take notice. Shake Shack, Kimpton Hotels and Tito’s Vodka have signed on as official partners of the app. "We're a company that focuses on people living life with their dogs," Fournier said. "But that doesn't limit us to just working with dog-specific companies."

Last month, Shake Shack announced its SLOBBR support with a tweet promising a free Pooch-ini—a dessert consisting of dog biscuits, peanut butter and vanilla custard—to Bostonians who show their SLOBBR app to the cashier. Dog owners checking into Boston area Kimpton Hotels receive a welcome bag filled with a SLOBBR-branded travel mug, locally sourced dog treats and recommendations of where to take their canine while in town. Tito’s Vodka, which also runs the program Vodka for Dog People, sponsors local meet-ups for the app at Spot Canine Club, and its promotional video is prominently featured on SLOBBR. The app even sponsors Santa Paws events, where pampered pups can get their photos taken with Santa Claus himself, and plans to continue the program with the Easter Bunny in 2017 at Boston’s Faneuil Hall.

Bone appetit, Boston pups! This month, snag a free Pooch-ini for your furry friend at all Boston Shacks when you show your @DoYouSlobbr app. pic.twitter.com/bhzbzdIom5

But signing nationally recognized brands wasn’t beginner’s luck for Fournier and Lagasse. A former PR professional, Fournier worked at Boston-based Schneider Associates and as an independent consultant before launching a chain of pet-grooming stores called Durty Harry’s Doggie Boutiques. There, she met the owners of Insta-famous pups Peter the Schnauzer, Nacho Dogg and Knox and Bear, who have continued to promote the brand free of charge. A year ago, she quit the business to focus on SLOBBR full time; however, Lagasse maintains his day job as a senior account manager at LinkedIn.

Despite these connections, Fournier admits that having a dog-centric business was key to getting Shake Shack and others on board. "If you happen to be talking to a dog person, it goes a long way," she said. "People get that dog owners—urban dog owners especially—spend money on their dogs," like the 75 percent of Americans in their 30s who own pets. "Businesses want to make that customer brand loyal."

Plus, Fournier said, collaborating with a smaller brand like SLOBBR allows big companies to quietly test different marketing strategies. While the app gets a lift from being affiliated with household names, Tito’s, Kimpton and Shake Shack receive metrics about how dog owners are interacting with them. "I think it makes sense to start it out small, because it's manageable, measurable and scalable," Fournier said. For Shake Shack, in particular, it’s been in the top five of most checked-in places on the app since running the Pooch-ini promotion and has seen a 200 percent increase in check-ins. 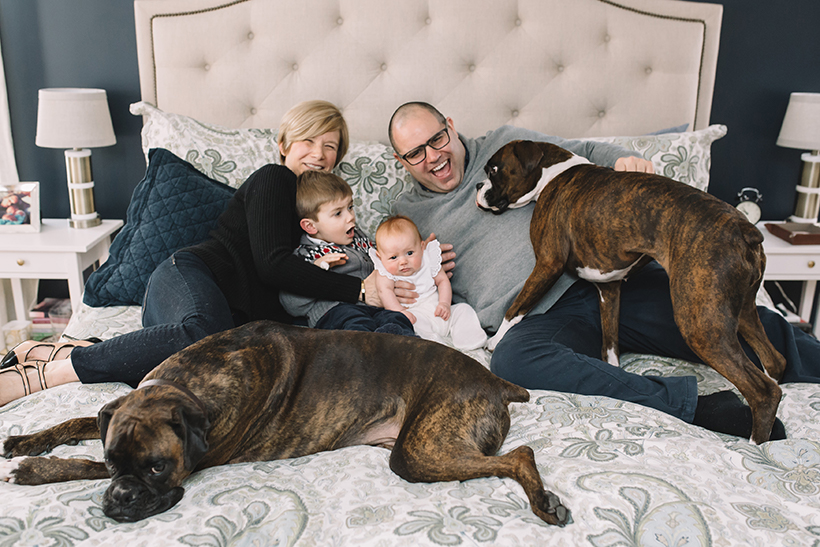 Kimpton Hotel’s Greg Bodenair agrees that the emerging partnership is a win-win. "I knew that working with SLOBBR would make so much sense for us," the Boston and Cambridge area marketing manager said. He’s constantly auditing the pet-friendly hotel chain’s perks, which include dog beds and yoga mats for guests, and will gauge if the hotels locally will continue its partnership based on tested results. "I think SLOBBR can really provide us with a lot of that expertise that we don’t always have in-house. We’re never going to claim that all of our front desk agents know everything about where to take a dog in the city, and that’s an impossible ask of our team. I see SLOBBR as really one of those experts that we tee up, and we create partnerships based on that local expertise."

When SLOBBR expands nationally this month, Boston-based PR firm BVM will be getting the word out through events, social media and journalist reach-out. But Fournier and Lagasse said they had no plans to advertise right now. "We've certainly given away our fair share of T-shirts," Fournier said. "But we've found that if people find your product useful, they will be more than happy to advocate for you on its behalf."

However, that doesn’t mean that SLOBBR won’t eventually promote brands. "We don't want to pump it full of advertisements and take away the authenticity and experience for our users," Lagasse said. "But that's not to say that there aren't important conversations that we need to have with our users about some of the great brands that we are partnering with, and some of the great companies that we have come to know and love and use with our own pups."

Fournier agreed, adding that SLOBBR plans to take its current partnerships and "blueprint them in the other markets that these brands serve," possibly meaning free Pooch-inis for every four-legged companion.

PetMOJI turns your favorite pet into an emoji