Despite coronavirus-induced hiring freezes, shops are still looking for work.

The One Club for Creativity has compiled a job board of more than 200 open positions for those in the advertising industry.

The free resource launched two days ago, has already garnered hundreds of openings with more being added daily.

According to Kevin Swanepoel, One Club CEO, the Jobs Board went from concept to concrete idea in just a few days.

"This board took about one week from idea to finished product, with much of the work done over a three-day period that included this past Saturday and Sunday," Swanepoel told Campaign. 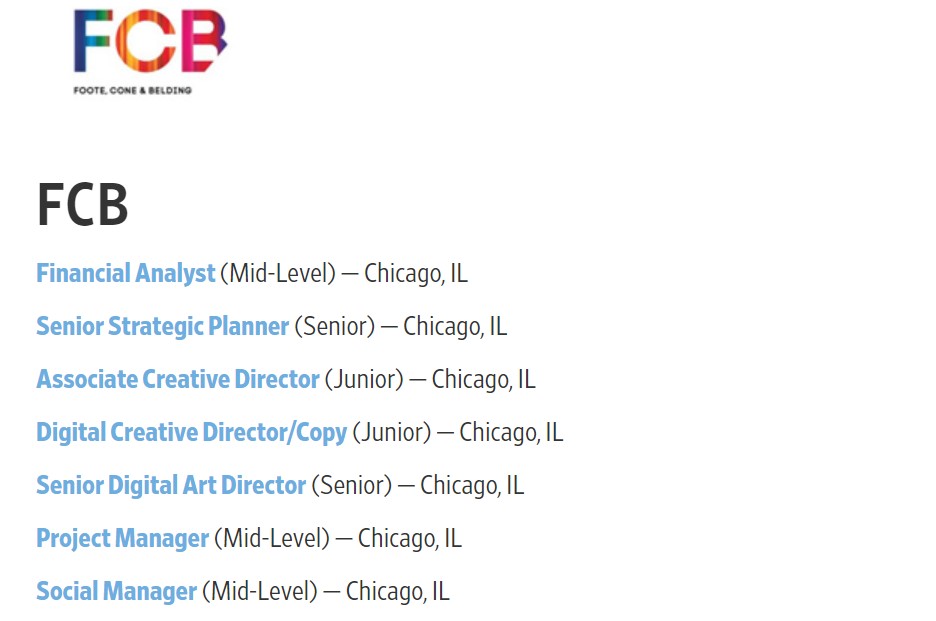 He described how the concept took off from a simple Google Sheet into an invaluable resource for the entire industry.

"Justin Epstein and Louis Geist, who run the club’s Membership department, first kicked around the idea a little over a week ago.  They decided to quickly create a simple Google spreadsheet last Monday and send it out to One Club corporate member agencies asking them to populate it if they had open jobs.

"The Google spreadsheet was transformed over the past weekend into a page on The One Club website designed by creative manager Brett McKenzie, and launched to the public this past Monday."

The team did not expect the overwhelming response.

"We were very surprised," Justin Epstein, The One Club corporate member and chapter manager said.

"We’d read stories about hiring freezes, but two corporate member agencies asked about filling open positions last week. We decided to reach out to all of our corporate members and ask how their business was affected by COVID-19. Surprisingly, about half of them still had positions to fill, dependent on their clients," he continued.

The board went live with about 170 job postings and was up to 280 by the next day.

"The One Club's mission is to support and celebrate the creative community," Swanepoel said.

"Everyone knows about the ‘celebrate’ part, with programs like The One Show. This new job board is an example of the ‘support’ we can offer to the industry, acting as a conduit to connect the global community with job opportunities."

How adland is overcoming production obstacles amid COVID-19 disruption