Johannes Leonardo has flipped back to its original website for its anniversary. Find out more from co-founder Leo Premutico below.

Something is definitely going on with the environment. This time 11 years ago I specifically remember it was cold. Really cold.

And to confirm it wasn't just the Australian in me I had a South African, Jan, and an Italian, Ferdi, beside me shivering just as intensely.

We pushed, dripping wet, into some random cafe on 1st Avenue. The heating did the job on the outside now we just needed something to work on the inside - ‘three matzo ball soups please’.

We shed our jackets, hooked them under the bar, and sat on the three available well cushioned bar stools.

As our brains began to thaw, the reality of what was to happen next week set in.

We were about to open an agency.

Our survival instincts kicked in. Culminating in the grand plan of ‘what’s our website going to be?’

None of our previous work from Saatchi & Saatchi. None of our own agency work since we hadn’t created anything yet. Or something else?

So we went with the something else option.

As the matzo ball soups worked their wonders our level of emboldened picked up a notch. (Had we known that a global financial crisis was around the corner we may have ordered some more to steel us for the road ahead).

We continued...yes we could create a way for people to contact us. Yes we could try distinguish ourselves from the other agencies out there. But we were warming up to something different... 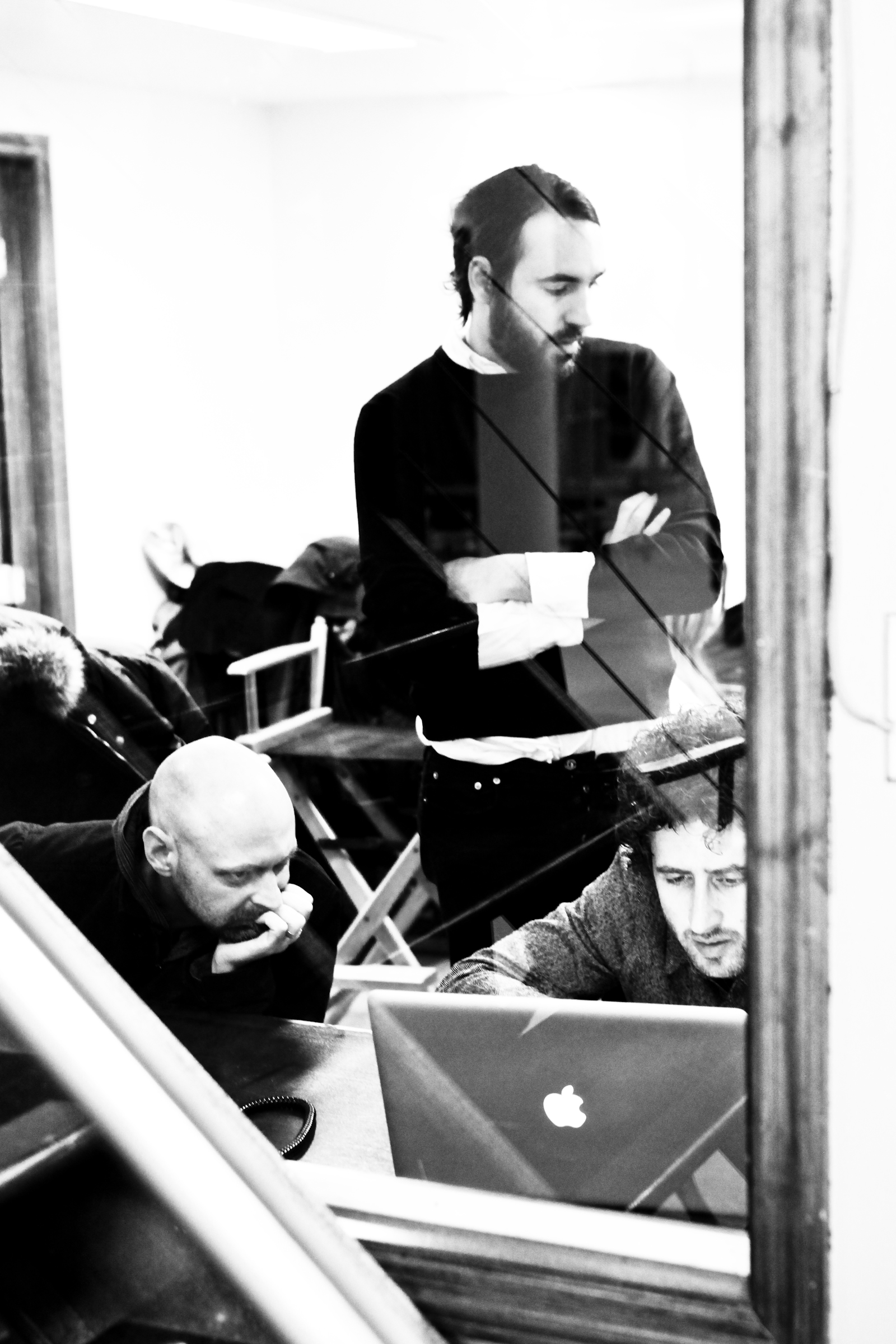 Talk of media fragmentation was already fragmenting our brains. The sun was already rising over the much-hyped ‘new media landscape’. YouTube was already a part of daily life. Facebook was just three years old but already its looming impact clear. And we suspected more boats were being built and would soon emerge over that horizon at an increasingly aggressive rate.

We guessed that all these burgeoning media channels would give rise to a host of specialist agencies, and perhaps more importantly, a ton of unnecessary complexity.

And suddenly we started demanding something different emerge from our little website dilemma.

Something bigger. And ultimately something more self-serving. Something that would ensure, amongst all the confusion, we stayed the course.

And then in that random diner, while discussing the future of advertising, we began to scribble the old-school way - on a napkin:

We are a creative community. We harness the energy of the masses by creating ideas that acknowledge them as the medium not just the destination. That way millions of people are empowered to promote your brand not just a handful. A legion of activists ready to enrich the brand and protect it if necessary. So that the brand has the freedom to express itself and the security to take risks. This is the landscape in which brands find themselves and only those that embrace it will discover their full potential. Johannes Leonardo is that community. We instigate from New York.

This $500, lend-some-friends sort of production was the only content that ever came out of it. But this, unintentionally Man Ray, grid of stuttering lips that became our founding website was the most important idea we've had.

Because without it would have been so easy to take our eyes off the real prize and become seduced by a litany of new tactics.

Without it we wouldn't have always deemed winning over the human as the thing to strive for.

Without it our very first piece of work probably wouldn't have been a physical pop-up store in Berlin designed solely to spark a conversation online.

Without it we wouldn’t have encouraged the world’s most successful tech-company to let consumers do their advertising for them.

We wouldn’t have partnered with a creative in his 90s and go on to win in the newest category - the mobile Grand Prix.

We wouldn’t have hijacked fashion week and delivered garments in black trash bags.

And I'd bet we wouldn't be so determined to put real stories of people looking out for each other on a pedestal, right when the country needs it.

So to mark our 11th anniversary, today we’re flipping our agency site back to that little low-budget affair that launched our company all that time ago.

Somehow in it is a message that’s even stronger today than it was back then...

Leo Premutico is a co-founder of Johannes Leonardo.

Johannes Leonardo buys big portion of itself back from WPP

Born from brave: How my father's challenger spirit molded David&Goliath

MediaLink and Cannes partner to launch CLX at 2019 festival