To celebrate the 4A's 100th anniversary, Campaign US uncovered the top 10 creative comebacks.

Sometimes an ad and its characters are so nice, marketers opt to use them twice. This month, Campaign US is teaming up with the 4A's to celebrate the organization's 100th anniversary.

We're counting down the top 100 ads from the past century, including "Best Revivals." Without further ado, here are the 10 best advertising reboots.

Alka-Seltzer's character Speedy originated in 1951 when Bob Watkins sketched the cherub-faced mascot for the Wade Agency. He starred in 212 TV commercials—sometimes alongside celebrities like Buster Keaton—until the brand retired him in 1964.

Alka-Seltzer's Speedy reappeared sporadically throughout the 1980s, but in 2008, he emerged more permanently on the back cover of Playboy magazine and in an online game. Later, he reclaimed his TV prominence in commercials for the brand's cold medicine.

Burger King originally used a live actor to play its King in ads throughout the 1970s and 1980s. But the King went missing from creative until the late 2000s when Crispin Porter & Bogusky brought him back. Some called the revived King "creepy" with his oversized, plastic head and plastered-on smile, but the royal successfully put Burger King back in the pop culture conversation. By 2011, the King retired again but reappeared in 2015 in an ad from Pitch Inc., proving he'll never be dethroned. 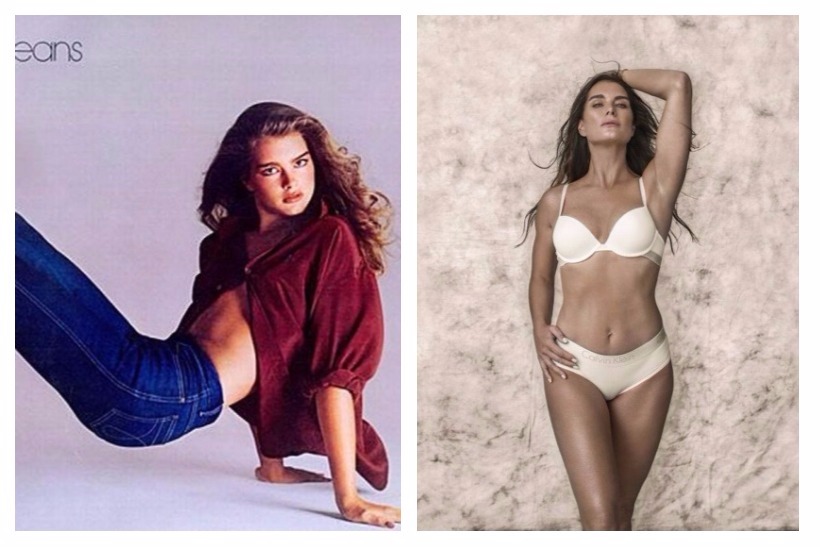 In 1980, Brooke Shields appeared in TV and print ads for Calvin Klein, coining the famous line, "What gets between me and my Calvins? Nothing." The campaign, shot by Richard Avedon, was considered scandalous at the time, and some TV channels opted out of running the spot.

Thirty-seven years later, Shields is back modeling for Calvin Klein, but this time, it's not an ad. Instead, the 52-year-old stars in an editorial for Social Life magazine, wearing nothing but CK underwear—proof that advertising icons live on.

From 1964 to 1985, actor Dick Wilson starred as Mr. Whipple in more than 500 Charmin commercials. In them, the grocer pleaded with shoppers, "Please, don't squeeze the Charmin." Cartoon bears eventually replaced Mr. Whipple in the brand's creative, but in 1999, the uptight shopkeeper came out of retirement. His message? The new Charmin isn't just soft; it's strong and more absorbent than ever.

Jack in the Box - Jack's Back by Chiat\Day

In 1980, Jack in the Box literally blew up its clown mascot in a TV ad to signify a shift away from kids' meals to more adult fare. But in 1994, the character struck back by bombing the fast food chain's boardroom in creative from Chiat\Day.

This time, the company wanted to do more than announce a change in brand strategy. It needed to recover from $140 million in losses after four children died after eating bacteria-contaminated burgers in 1993. And, by humanizing the brand, Jack in the Box was able to make a comeback.

The real Colonel Harland Sanders is dead; he passed away in 1980 at age 90. But KFC's character Colonel Sanders lives on in commercials created by Wieden + Kennedy. So far, 10 actors have played the fried chicken pitchman since the brand revived him in 2015, and the "Re-Colonelization" has been effective, resulting in a profit boosts for the brand.

In the 1920s, Lee Jeans created its Buddy Lee doll to brighten up its window displays, and the toy became so popular that the brand started to sell it to customers along with its denim wear. But the marketer parted ways with the doll in 1962, citing a loss in profits.

It wasn't until 1998 that Lee Jeans revived Buddy along with a 1940s tagline, "Can't Bust 'Em" as a way to appeal to younger consumers. TV creative developed by agency Fallon McElligott featured the doll alongside then "It" celebrities like Sarah Michelle Gellar as well as print ads placed in Rolling Stone, Vibe and Mademoiselle magazines.

In 1972, Doyle Dane Bernbach recreated a common scene around family dinner tables in a TV commercial for Life cereal. Two brothers picked on their youngest sibling Mikey, daring him to try the healthy cereal their mom brought home, because "he hates everything." But, Mikey ended up liking the product, and the ad became one of the longest running campaigns in history, spanning more than a decade.

Then, in 2000, FCB aired a "Mikey" remake with an all-adult cast with the message that Life cereal is something that consumers will never outgrow.

In 1976, Mars removed all red M&M's from its products, replacing them with orange. The reason was that scientists had found a synthetic dye called FD&C Red No. 2 was linked to cancer, and the FDA banned the substance. According to the company, red M&M's were never made with the colorant, but it still removed the color from its mix "to avoid consumer confusion."

However, red M&M's made a prominent comeback 10 years later in the candies' red-and-green holiday packages. Later, animated versions of the candies featured the character "Red" who's become a brand mainstay.

In 1977, Needham, Harper & Steers produced a Super Bowl commercial for Xerox titled "Xerox Monks." In it, Brother Dominic is tasked with recreating a beautifully handwritten page—500 times. Luckily, Brother Dominic knows about Xerox. When he turns in the copies to his superior, he deems it a miracle.

Thirty years later, Y&R revived the ad, titling it, "Brother Dominic," in honor of the character. This time, the monk is still tasked with making 500 copies, only with a modern twist: they must be translated in 35 different languages, personalized and shared across all seven continents. Thankfully, Xerox has improved its technology since 1977.

Can agencies compete on creativity alone?